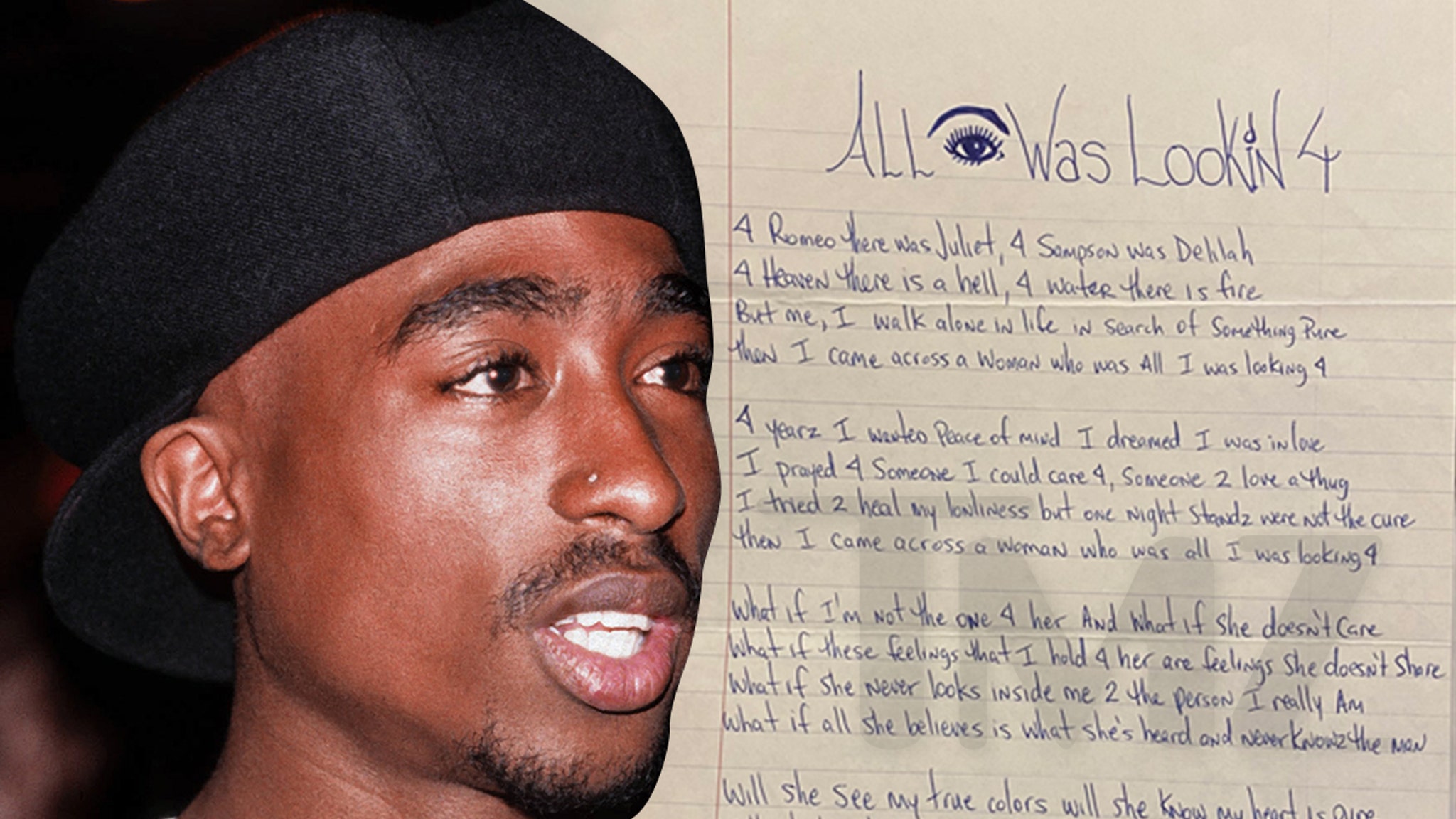 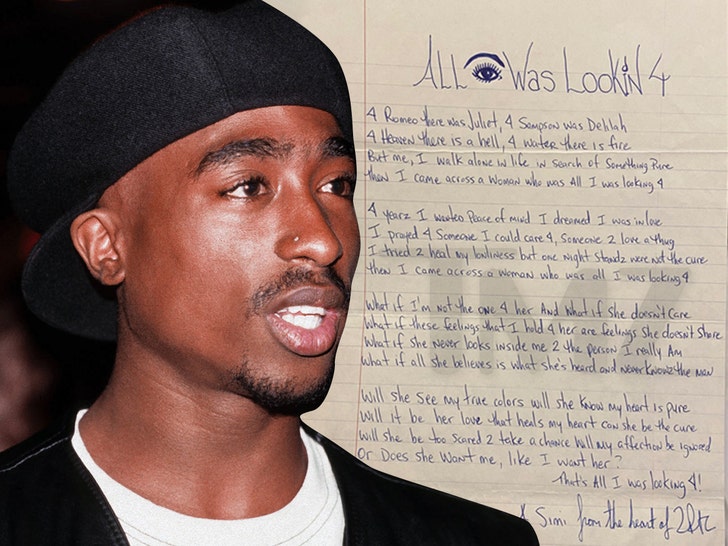 Tupac Shakur wrote a love poem to one of his old girlfriends back in the day … it appears to have inspired one of his big hits … and now it can be yours if the price is right!

The folks over at Moments in Time are hawking a handwritten poem Tupac penned to a former flame named Simi … the story goes this piece of Tupac history inspired his famous “All Eyez on Me.” 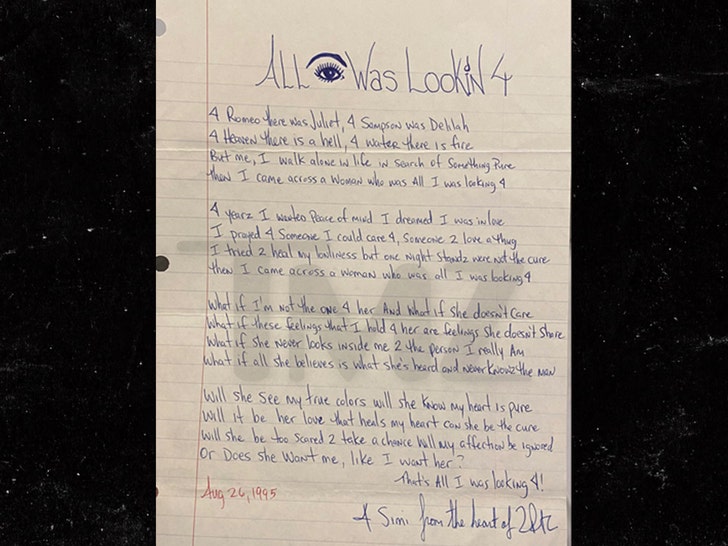 The poem is titled “All Eye Was Lookin 4” … and it’s going up for sale for $95,000 … so this is no cheap holiday present … if you’re still doing your holiday shopping.

The auction house says the poem, dated Aug. 26, 1995, ended up in a private collection … and 26 years later it’s hitting the market.

As you see … Tupac put his rhyming skills to good use in the poem … telling a story of how he fell in love with Simi and the direction he hoped their relationship would go.

It’s not the first time Tupac’s opened his heart on paper … as we reported, he wrote some steamy love letters as a teen, and once confessed why he dumped Madonna.