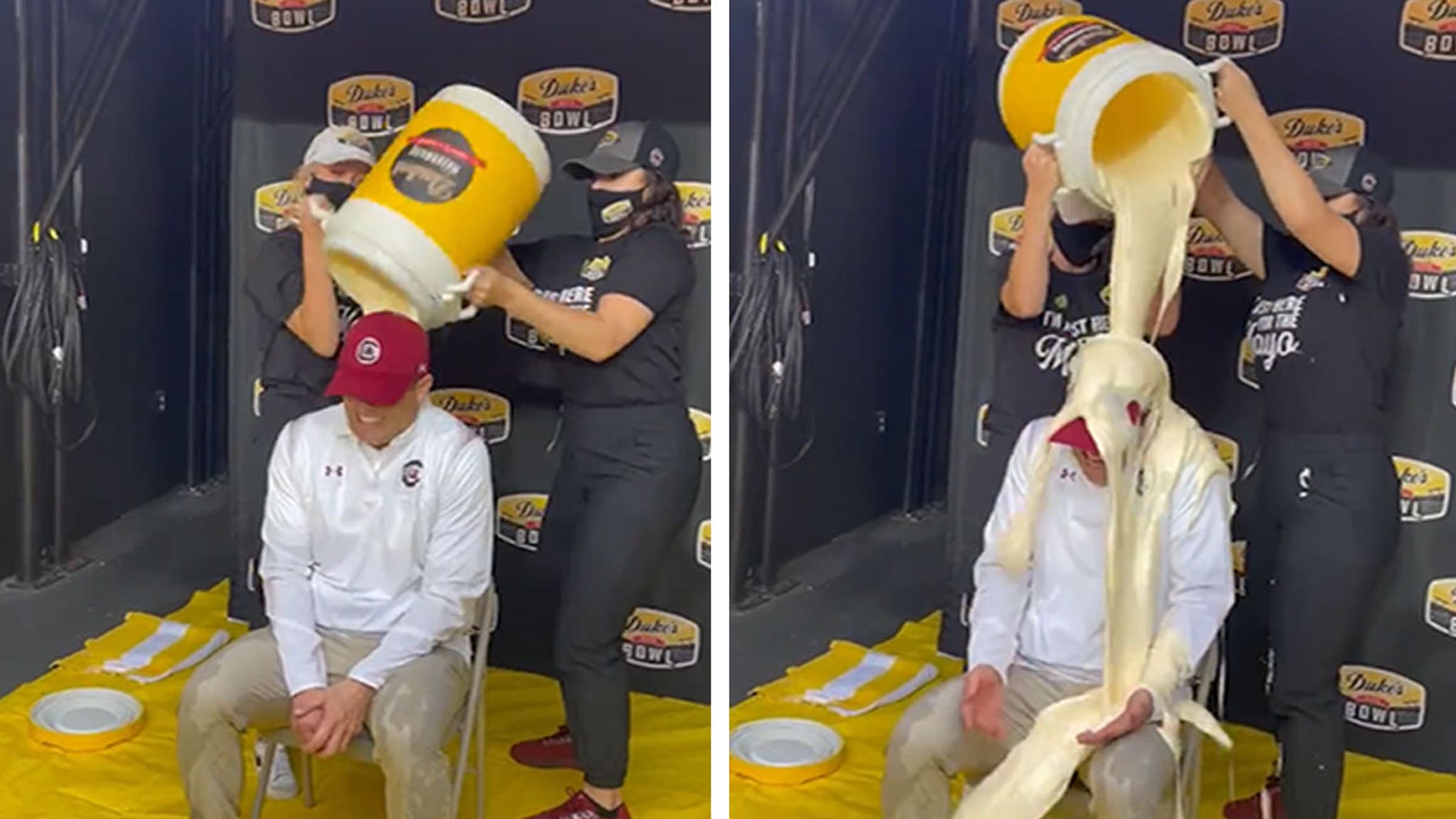 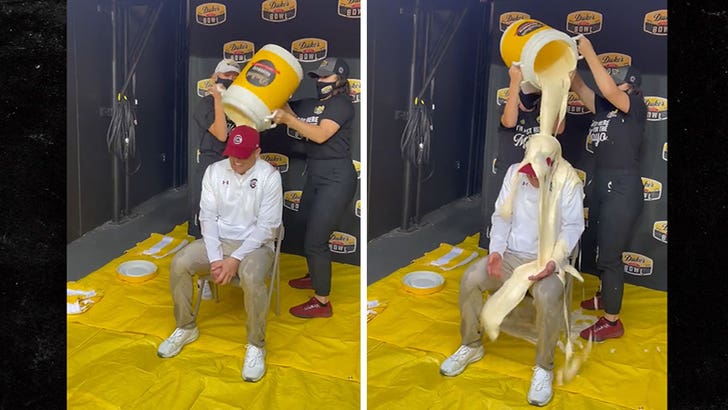 South Carolina Coach Shane Beamer either loves mayo, or he’s got a strong stomach … as evidenced in the BUCKET of the condiment he was doused in after his team’s victory.

The Gamecocks took down North Carolina 38-21 in the Duke’s Mayo Bowl Thursday, and part of the victory celebration for the winning team included Beamer getting a mayo bath. 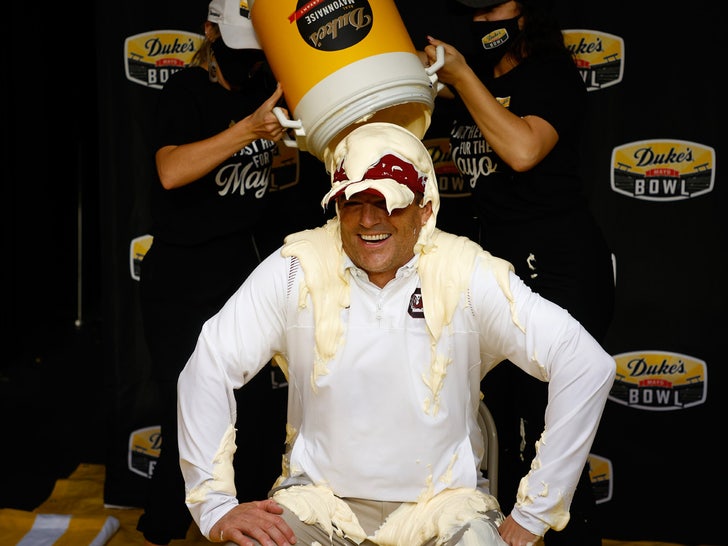 Apparently, a mass quantity of mayo can get heavy, as it took two people to lift it — and slightly drop it — over Beamer’s head … but he took the whole thing like a champ and with a smile on his face. 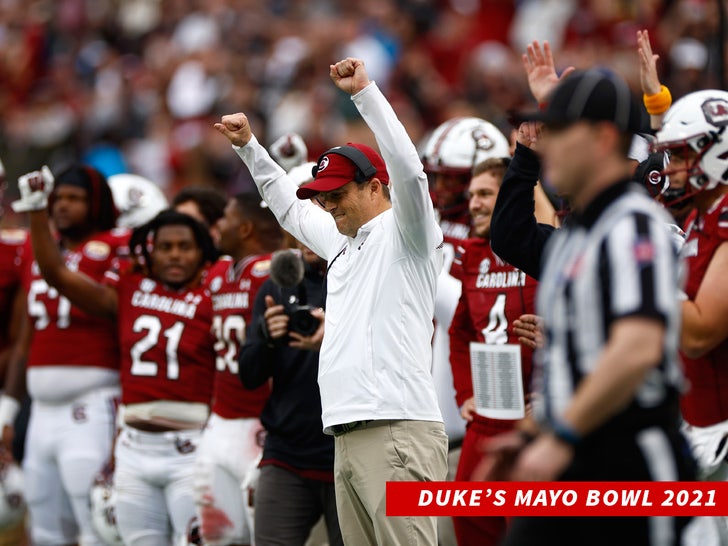 It’s not the first time the Duke’s Mayo Bowl has gotten some post-game-celebratory attention … it was back in 2020 when Wisconsin took the trophy — and then shattered it into a million pieces — that garnered the game some big-time coverage.

This time, it’s just a little less glass to tidy up, and much more mayo.