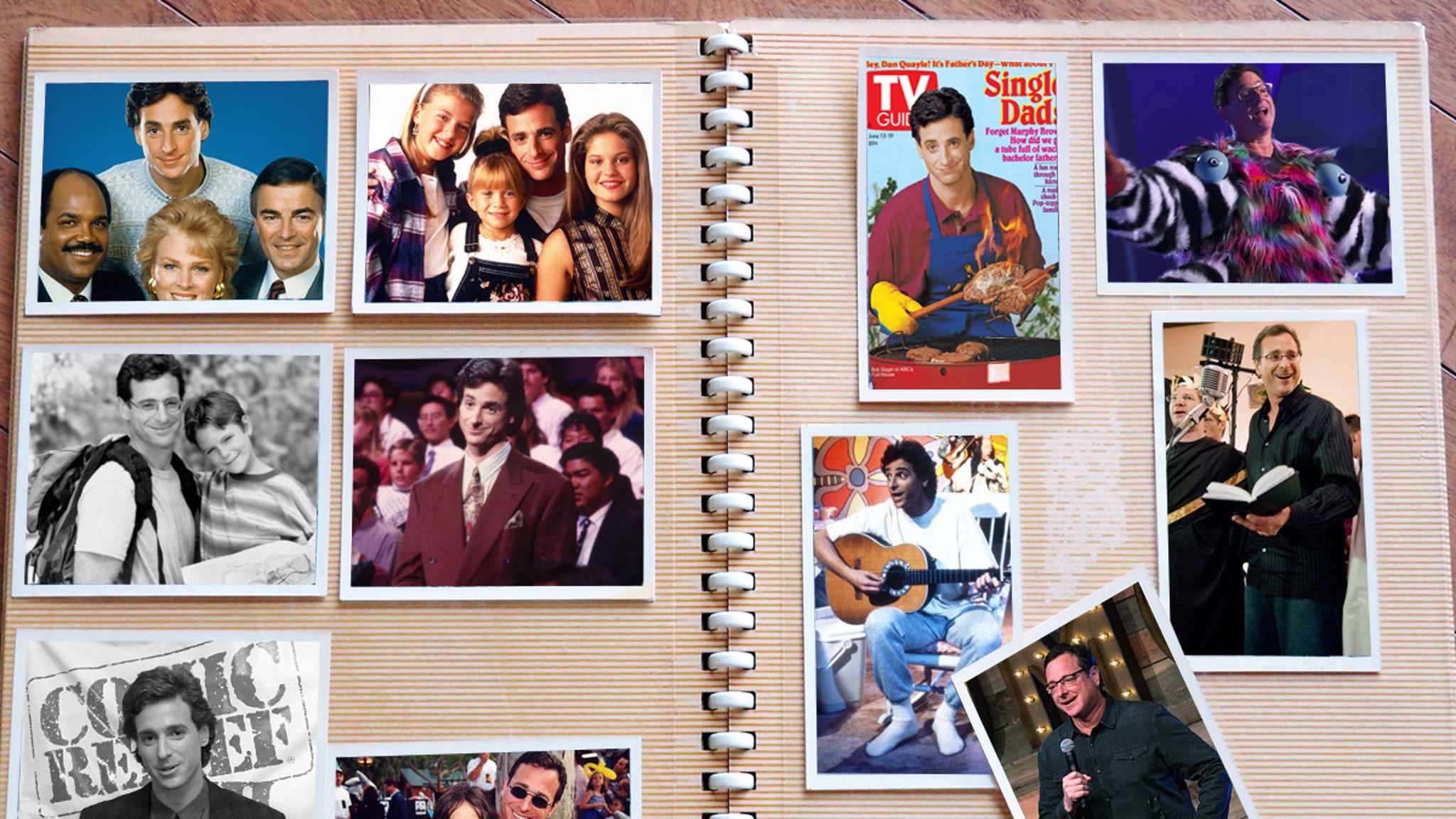 Bob Saget‘s death is spurring a dissection of his life — and it’s clear … the guy lived it to the fullest, especially on a professional level.

The comedian got his start in showbiz doing stand-up comedy at a young age, and after moving to L.A. as an adult … he eventually landed a gig on CBS’ ‘The Morning Program’ … which was supposed to compete with NBC’s ‘Today Show’ and ABC’s ‘Good Morning America’ … and which eventually became ‘CBS This Morning.’

Bob did comedy routines during his short stint there, and before long … he was cast as Danny Tanner in ABC’s new sitcom ‘Full House,’ which launched him into full-blown stardom.

He played the widowed father of 3 young girls, and got help raising them in San Francisco from good friends played by John Stamos (Uncle Jesse) and Dave Coulier (Joey Gladstone). His TV kids were played by Candace Cameron Bure, Jodie Sweetin and Mary-Kate and Ashley Olsen.

‘Full House’ became a smash hit on the network, and ran for a total of 8 seasons through 1995. At the same time, Bob landed yet another job when he was tapped as the first host for ‘America’s Funniest Home Videos’ in 1989. BS served as the MC for several seasons until he passed the baton in ’97, 2 years after ‘Full House’ went off the air.

It was during this run in the ’90s that Bob became one of “America’s dads” … due to his wholesome persona on camera, and actually playing a well-to-do father on television.

Of course, Bob in real life was anything but squeaky clean … his stand-up act was known to be pretty raunchy. Going into the 2000s, Bob sorta revamped his image a bit, churning out movies and series that reflected his more adult comedy,

That was especially true of his directorial debut in the film “Dirty Work,” starring his friend/fellow comedian Norm Macdonald and “Howard Stern Show” staple Artie Lange.

He also made a famous cameo in Dave Chappelle‘s cult comedy classic “Half Baked,” in which he played a recovering coke addict.

Soon, Bob was back to sitcoms … starring in just one season of a show called ‘Raising Dad,’ and not too long after that — he was hired to play the narrator/older version of Josh Radnor‘s character in ‘How I Met Your Mother,’ which became a steady job for him for years.

During this time, Bob also hosted the game show ‘1 vs. 100,’ and also cranked out his first HBO comedy special, ‘That Ain’t Right,’ made recurring appearances on ‘Entourage’ and even wrote, directed and starred in a parody flick, ‘Farce of the Penguins.’ Dude was busy!

Through the late 2000s and into the 2010s, Bob was doing TV, more stand-up specials (some of which were Grammy-nominated), movies, cameos, late-night, Broadway and even started writing books, including his memoir “Dirty Daddy,” which spilled lots of secrets about his offset life during his ‘FH’ days.

Speaking of “Full House,” Bob was given a chance to reprise his role as Mr. Tanner once Netflix announced its reboot of the franchise — “Fuller House” ran for 4 seasons before it was canceled in 2020.

More recently, Bob had been dabbling in podcasts — especially during the pandemic — and going back to his roots in comedy … once again delving into stand-up and touring the country.

Loved tonight’s show @PV_ConcertHall in Jacksonville. Appreciative audience. Thanks again to @RealTimWilkins for opening. I had no idea I did a 2 hr set tonight. I’m happily addicted again to this shit. Check https://t.co/nqJyTiiezU for my dates in 2022. pic.twitter.com/pEgFuXxLd3

That’s actually exactly what he was doing before he suddenly died Sunday in Orlando … just a day prior, he was in Jacksonville, FL, where he did a show that apparently went well — as BS posted about it on Twitter, which went on to become his final online footprint.

TMZ broke the story … Bob was found dead at the Ritz-Carlton after hotel staff discovered him unresponsive in his room. The cops say there’s no sign of foul play or drug use. 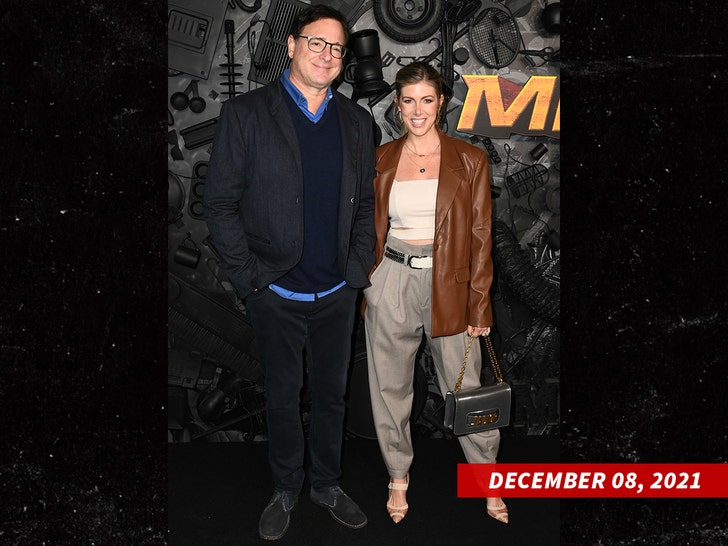 His family issued a statement upon news of his passing, saying … “We are devastated to confirm that our beloved Bob passed away today. He was everything to us and we want you to know how much he loved his fans, performing live and bringing people from all walks of life together with laughter.”

They add, “We invite you to join us in remembering the love and laughter that Bob brought to the world.” Several other tributes from celebs poured in as well … including Stamos, Coulier, Cameron Bure and the Olsen twins. 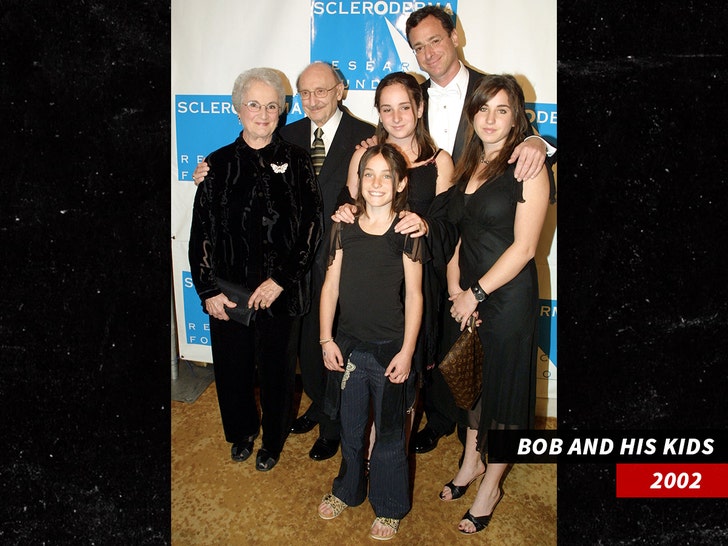 Bob was married to Sherri Kramer for several years, and had 3 kids with her … his daughters, Aubrey, Lara and Jennifer. The couple split in ’97 — and Bob later went on to wed food blogger and media personality Kelly Rizzo, whom he married in 2018.