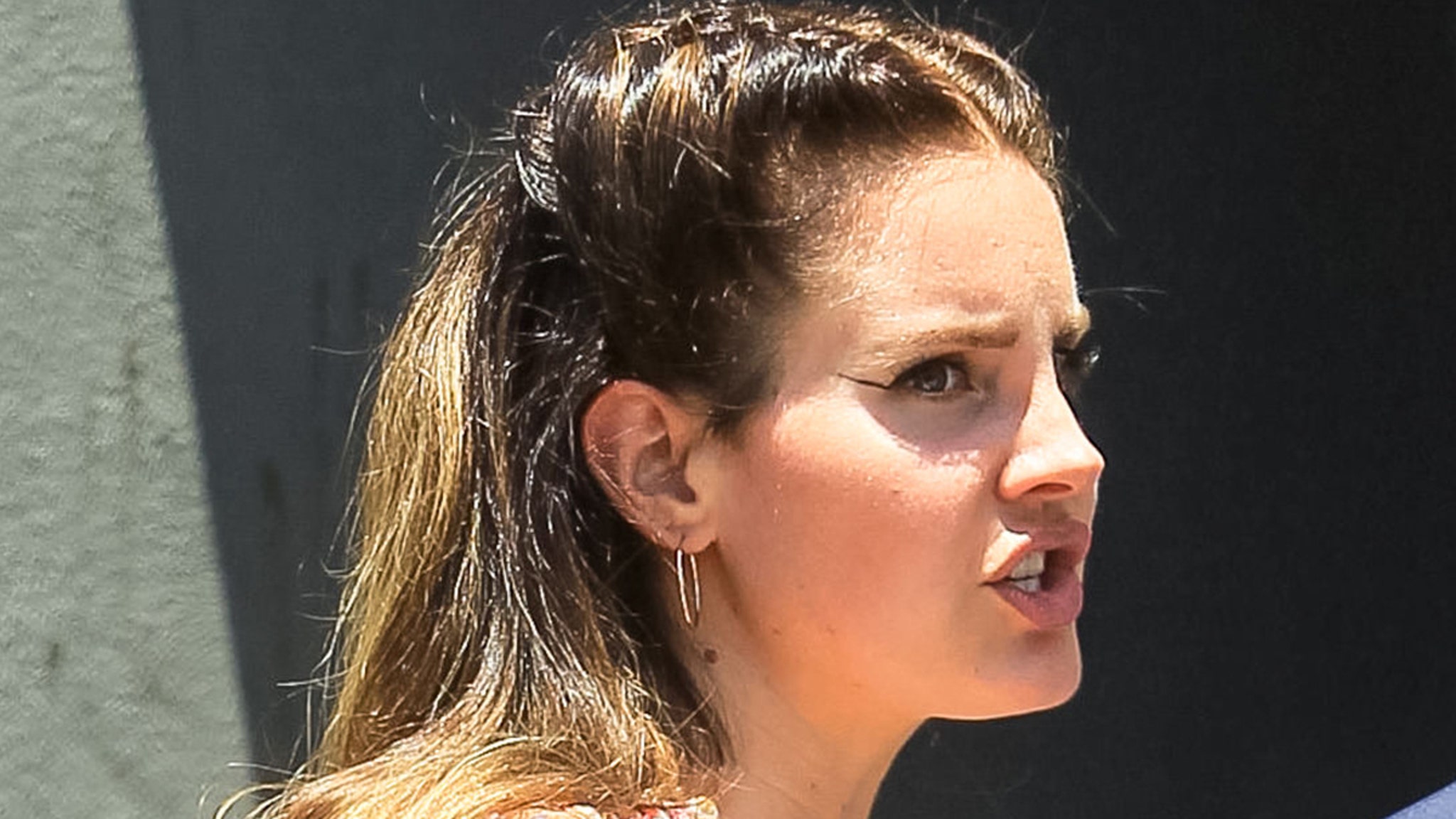 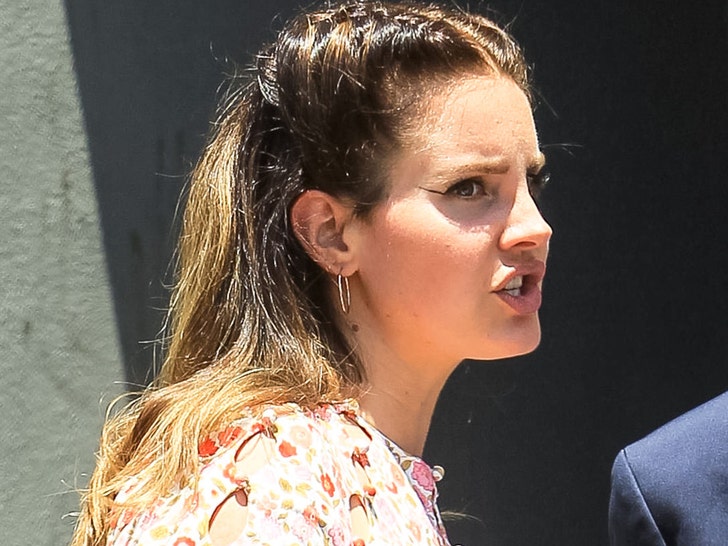 Lana Del Rey has an alleged stalker on her hands — one whom she claims has come to her home on THREE different occasions over the last month … and now a judge had ordered some protection.

The singer filed for and was granted a temporary restraining order this past week in L.A. County, where she claims a woman by the name of Janeen Lee Stratton — who apparently also goes by the nickname “America” — has been harassing her in very scary fashion. 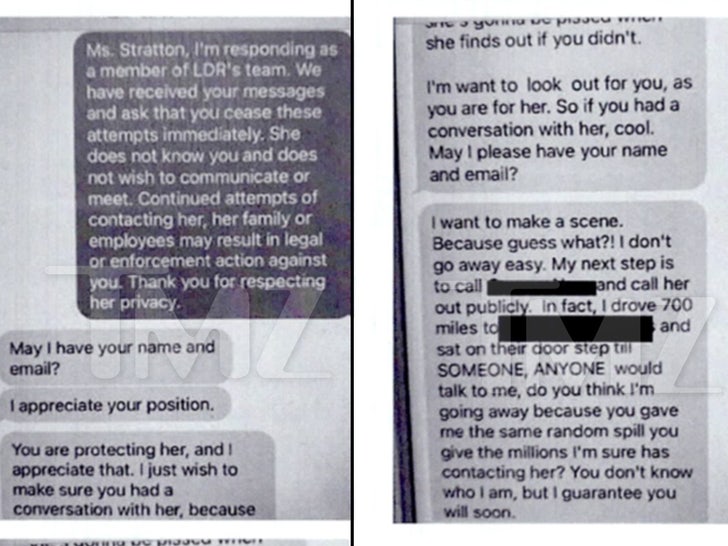 According to court docs, obtained by TMZ, Lana and her legal team say this lady has been blowing up LDR’s professional associates, including managers, with demands to meet her in person — because she believes she’s Lana’s muse … and not just that, but she thinks Lana communicates with her via song and/or dreams.

Eventually, Lana’s management responded via text message … telling Ms. Stratton to get lost, noting Lana did NOT know her, nor did she want to meet.

That led to a freaky retort from Stratton, at least according to Lana and co. — the woman allegedly replied, “I want to make a scene. Because guess what?! I don’t go away easy.” 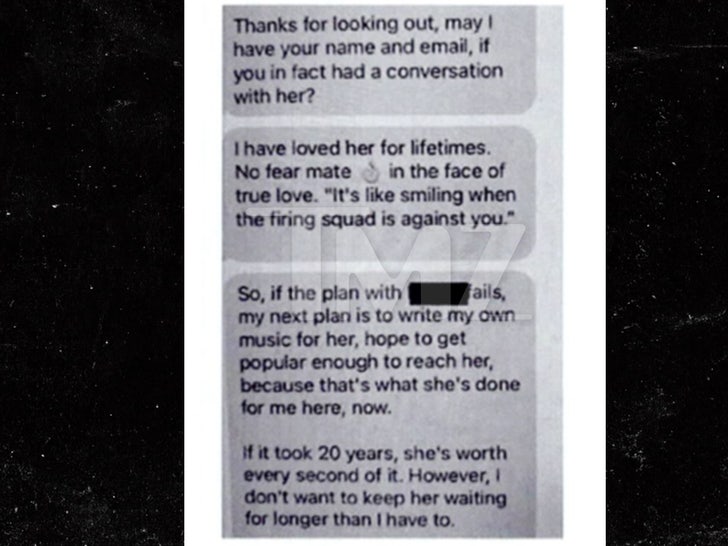 Per the legal paperwork, not only did Stratton not go away … she allegedly landed on Lana’s front doorstep here in L.A. last month, somehow tracking down her private residence and jumping the fence to get in, where she was eventually met by Lana’s security.

Lana and her attorneys allege the guards found Stratton who they say admitted to having a couple of pocket knives on her, this while she apparently told them she’d driven for hundreds of miles for a chance to meet the star. Of course, she was given the boot, but that didn’t keep her away for long … so says LDR.

Lana claims she returned to the property, not once … but TWICE more just earlier this month, right around New Year’s, and was kicked out each time. Now, Lana says she fears for her safety … and needs a court-ordered forcefield to keep this person at arm’s length.

That apparently was a compelling enough tale for the judge … who granted Lana’s request for a TRO, which states Stratton has to steer clear of LDR … both in person and in all forms of communication.

A hearing for a permanent restraining order is scheduled for later this month.