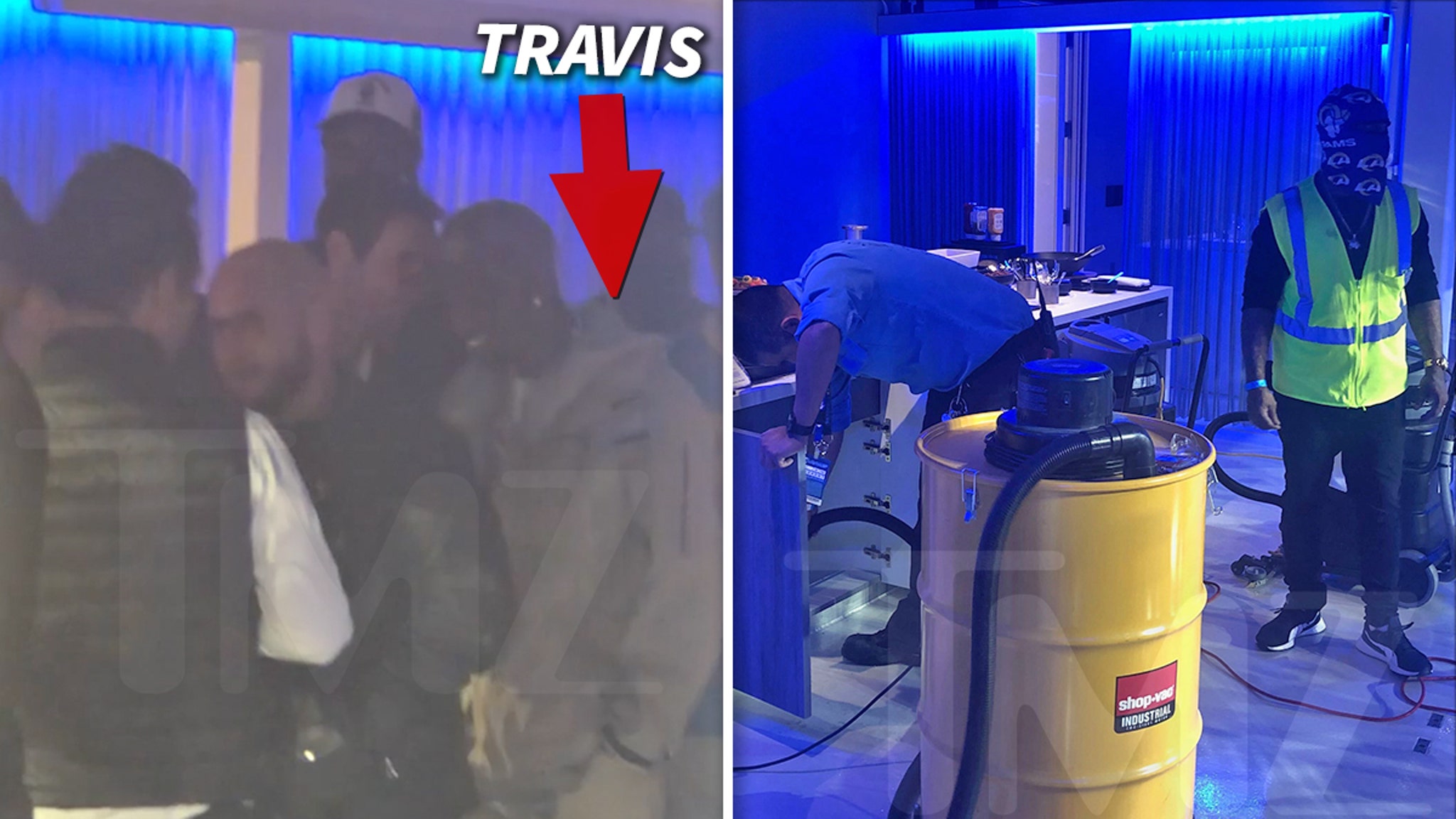 Travis Scott got a stinky surprise as he made a rare public appearance at the L.A. Rams’ game … all thanks to a sewage pipe that burst within smelling distance of the rapper.

We got photos of Travis Monday night at SoFi Stadium in one of his first outings since the Astroworld tragedy. Travis hung out in one of the field-level suites but kept a low profile, mostly standing near the back of the room with a few friends. 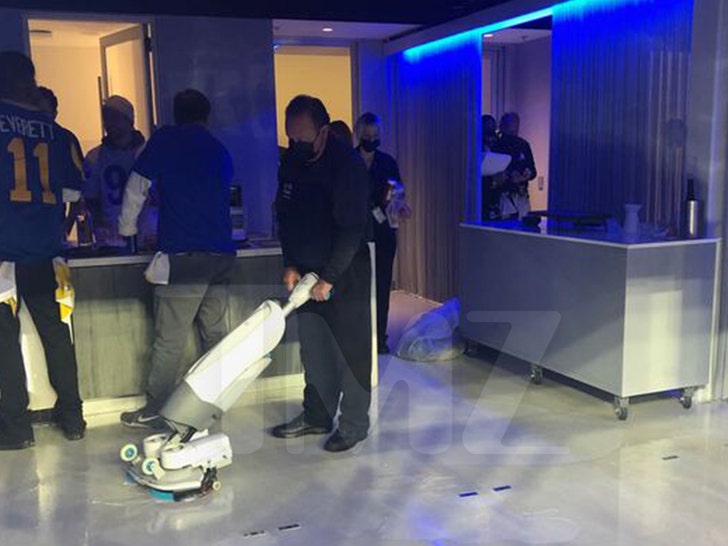 However, it was during the second half of the game when all hell broke loose — a sewage pipe burst — causing the suite next to Trav to evacuate, and sending a putrid smell throughout the lower boxes. 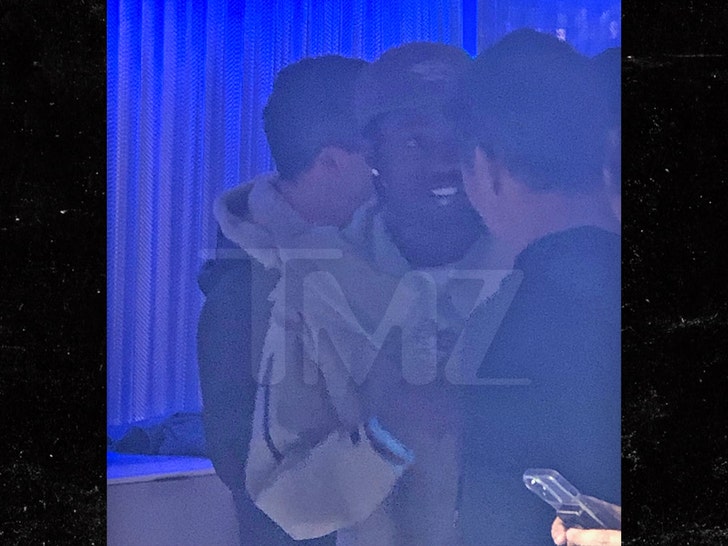 You can see a mix of cleaning staff and equipment do their best to clean up the mess as quickly as possible, but our sources say it was almost enough to get some people to leave.

Eventually, we’re told Travis left with about 2 minutes left in the first-round playoff game, but he didn’t miss much — the Rams blew out the Cardinals 34-11 — besides the stench. 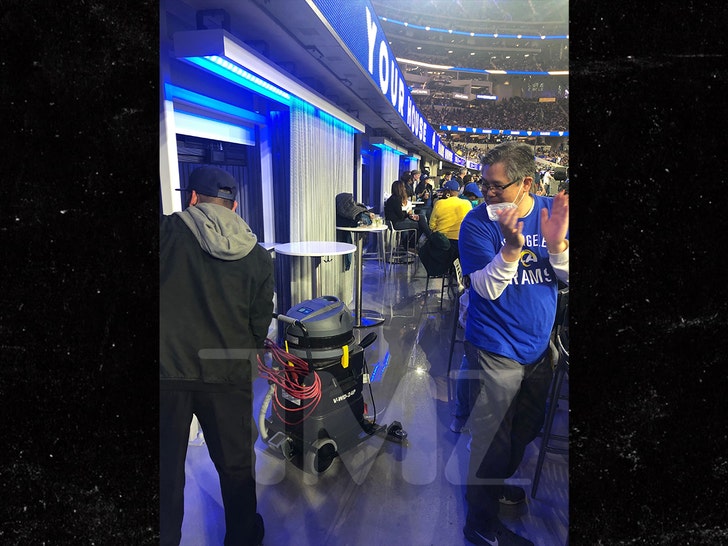 As we said, Travis has rarely been seen in public since the Nov. 5 incident which killed 10 fans. He’s been hit with billions in litigation, but has maintained he was unaware of the severity of what was happening in the crowd as he performed. 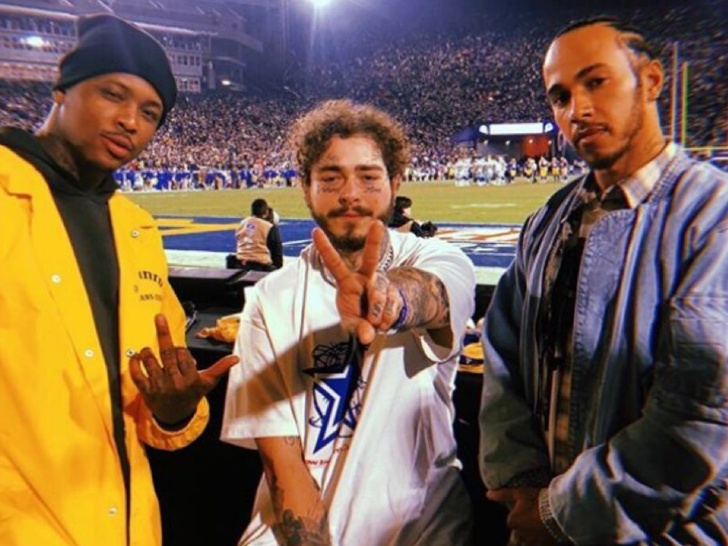 Travis has since launched an initiative with music and government honchos across the country to work to make sure nothing like the tragedy at Astroworld happens again.