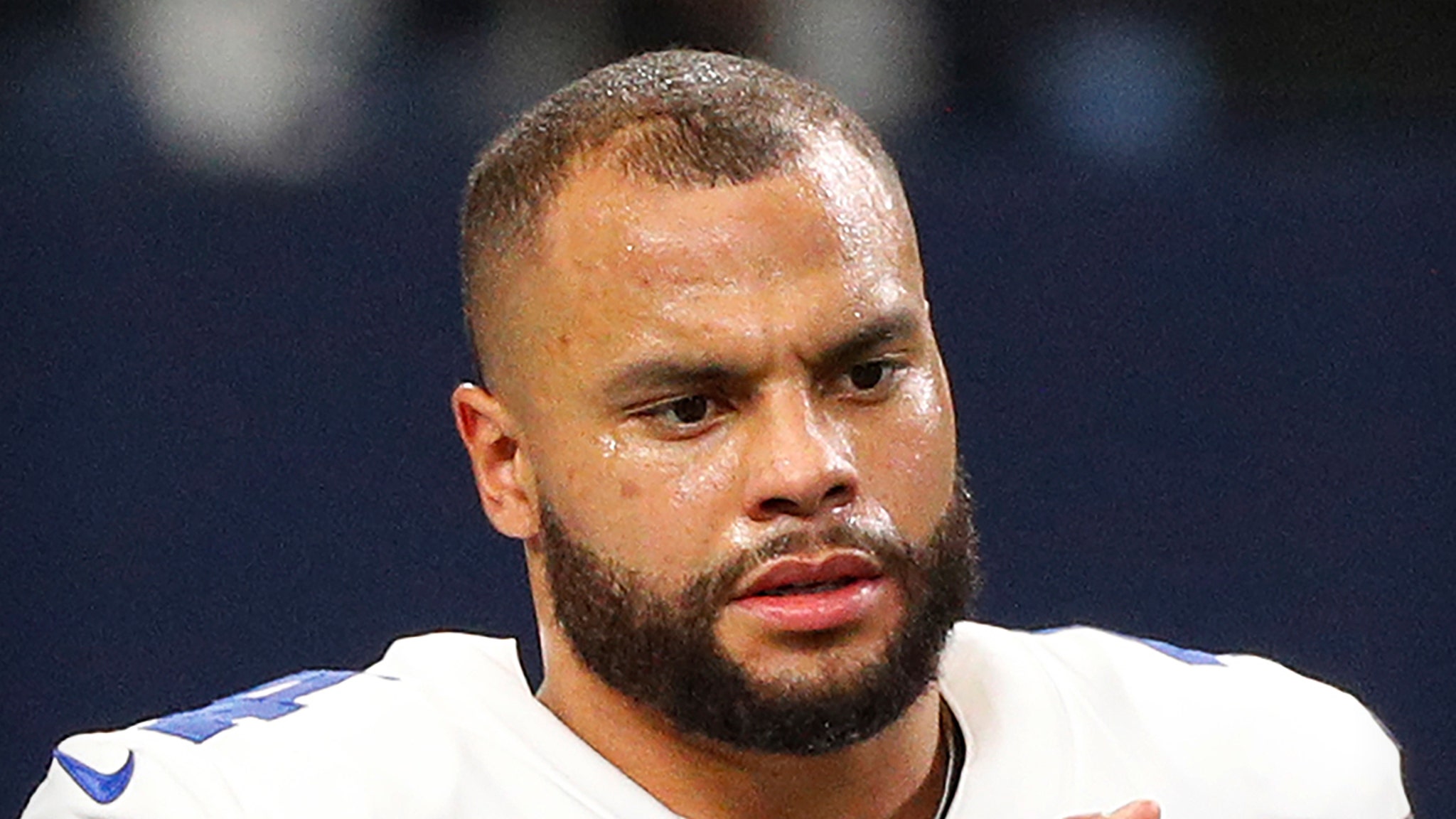 Following a controversial end to the Cowboys vs. 49ers game at AT&T Stadium … fans hurled garbage at officials as they exited the field of play.

#Cowboys fans throwing things at their own players. Got this sent to me by one. Be better fans wow! pic.twitter.com/mlVttbFlpg

One bottle actually hit Cowboys star pass rusher Demarcus Lawrence … and when Dak was informed that the debris-throwing was actually aimed at umps, he commended the acts.

Dak was immediately panned for the comments — and the criticism grew so loud, he eventually apologized.

“I deeply regret the comments I made regarding the officials after the game on Sunday,” the 28-year-old said. “I was caught up in the emotion of a disappointing loss and my words were uncalled for and unfair.”

He continued, “The safety of everyone who attends a game or participates on the field of a sporting event is a very serious matter.”

“That was a mistake on my behalf, and I am sorry.”

Prescott will now have roughly eight months to stew on it all — he and the Cowboys’ season is over following the weekend loss.