O.J. Simpson‘s post-parole life is starting out in the Sunshine State, it seems, because there’s been a Juice sighting in Florida … and wouldn’t you know it, the guy’s at a bar!

The disgraced NFL-er caught the Bucs-Rams matchup Sunday at a place called Bo’s Pub in Ft. Lauderdale … where he was taking in the game, and apparently some drinks too. In photos obtained by TMZ, you see O.J. chillin’ near a group of folks and having a good time. 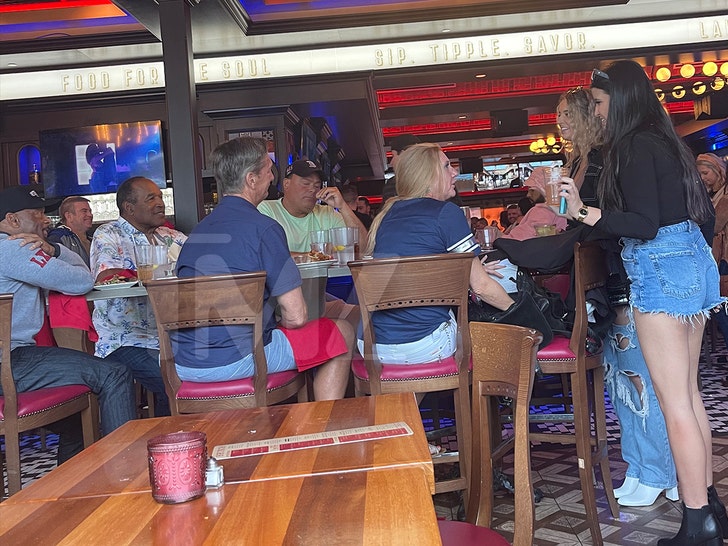 We’re told O.J. appeared to be with these people — so he wasn’t just randomly there lone-wolfing it. And, per usual, he was getting recognized and approached for photos and the like … which eyewitnesses say he was happy to accommodate.

It actually looks like a young group of ladies might’ve been ooh-ing and ah-ing over O.J. as well — as one pic shows them near his crew, and O.J. not too far with a big grin on his face. 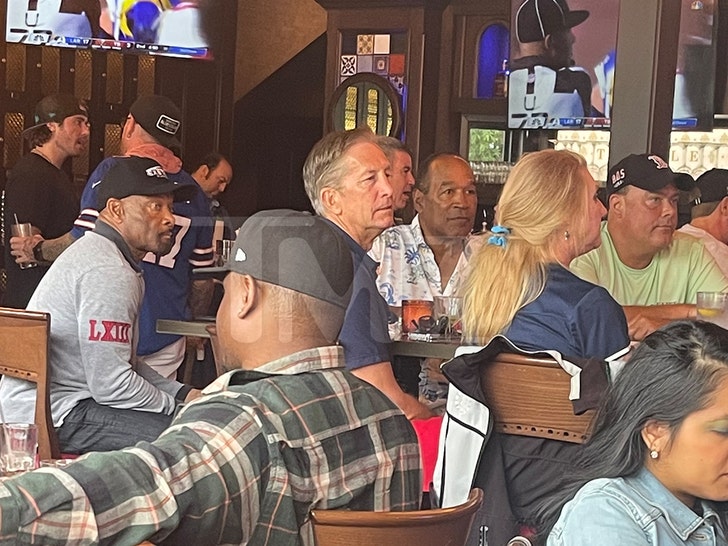 No shock here that O.J.’s keeping up with football — we know he likes to comment on the state of the game and standout moments during the season … including Antonio Brown‘s ungraceful exit from the Buccaneers franchise.

So yea, the fact he’s peeping a big game in public might not be too much of a news flash. 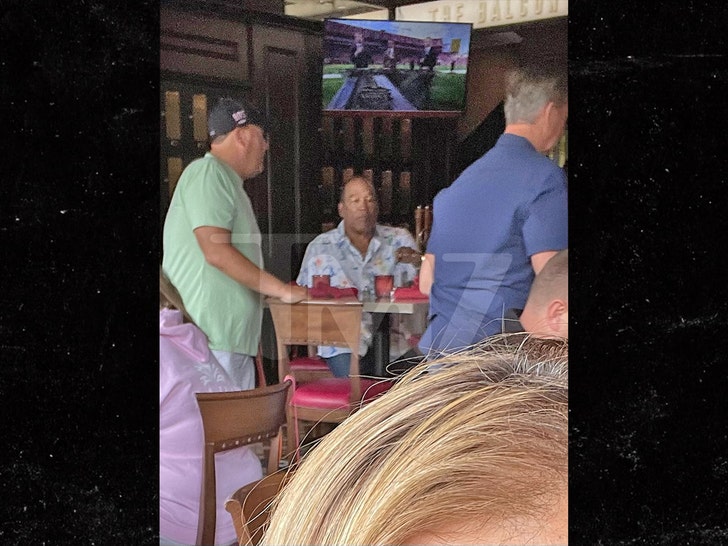 What is interesting, however, is the fact that this seems to be one of the first public outings O.J.’s had since being released early from his parole in Nevada — where he’s been confined for the better part of 5  years now … following his release from prison in 2017.

At least he’s far away from California … where we know he’s not all that welcome, especially from the Brown family.