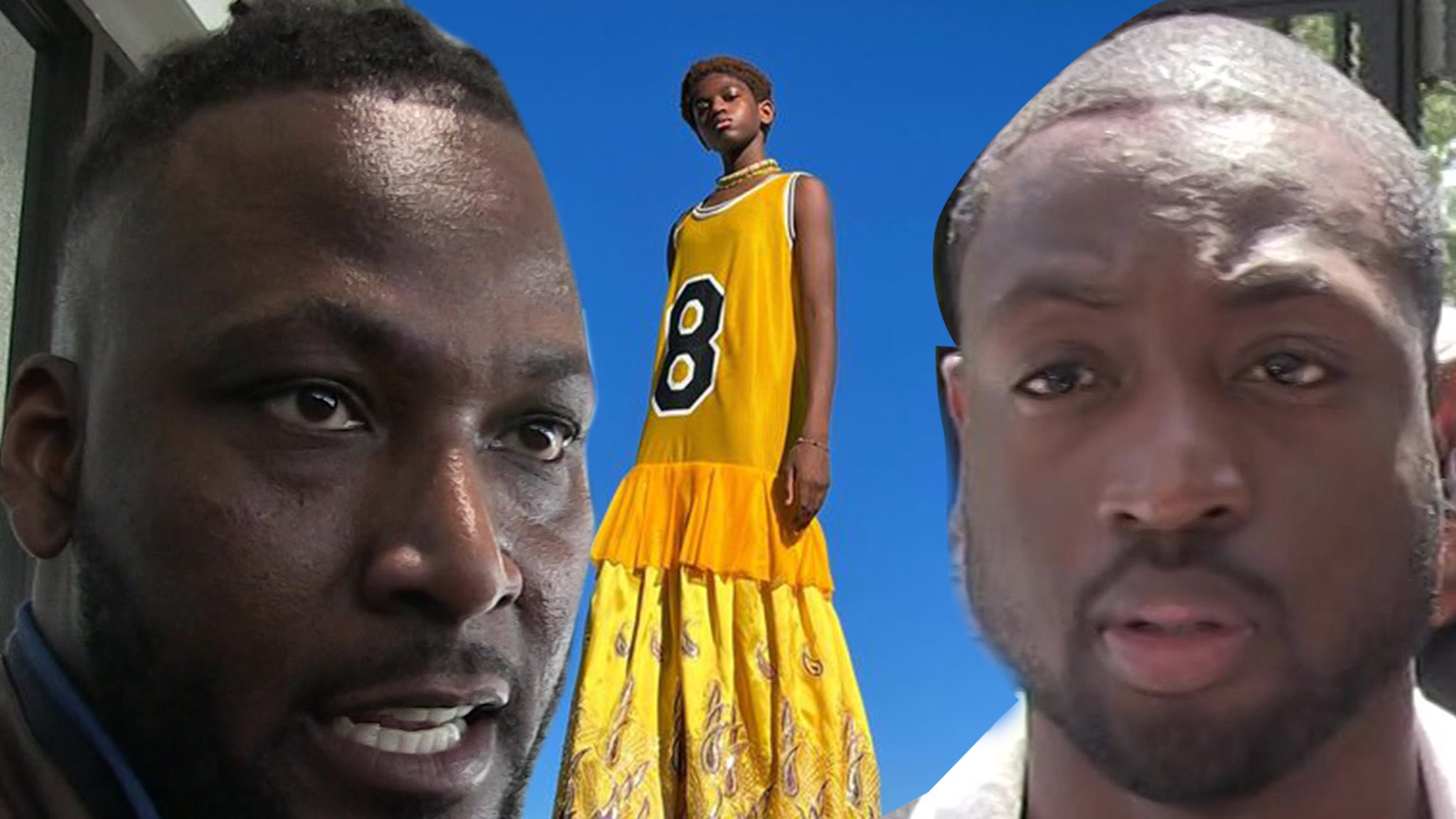 14-year-old Zaya Wade showed love to the Bryants in an Instagram post on Wednesday … wearing the outfit and captioning the post, “always remembering and honoring Kobe and Gianna.”

Seems harmless, right?? Not in Brown’s eyes … as the 2001 #1 overall pick unleashed on Dwyane during his “Bust Life” YouTube show on Thursday … saying the ex-Miami Heat star doesn’t “level up as a man.”

“You are letting your woman control your house,” Kwame said … claiming Kobe’s wife, Vanessa, and kids would not honor Kobe the same way Zaya did.

Kwame strongly believes Zaya’s tribute does a disservice to everything Kobe stands for … citing his work ethic, masculinity, and faith.

“I’m not saying there’s anything against homosexuals, but [Kobe] is a heterosexual man. Why is he being honored by making his jersey into a dress? Wear his goddamn jersey for the day to honor him without the dress part,” Brown added.

“Let’s please not show our Black brother in this light. This is no offense to nobody else. This man was a heterosexual man with a wife and a family. There’s no reason for this to be tied to Kobe Bryant. None whatsoever.”

D-Wade has been nothing but supportive of Zaya … and has spoken out about how the family has grown in understanding over the years.

Brown’s rant is clearly irrelevant to Dwyane … who said he was a proud “girl dad” in the comments on Zaya’s post.