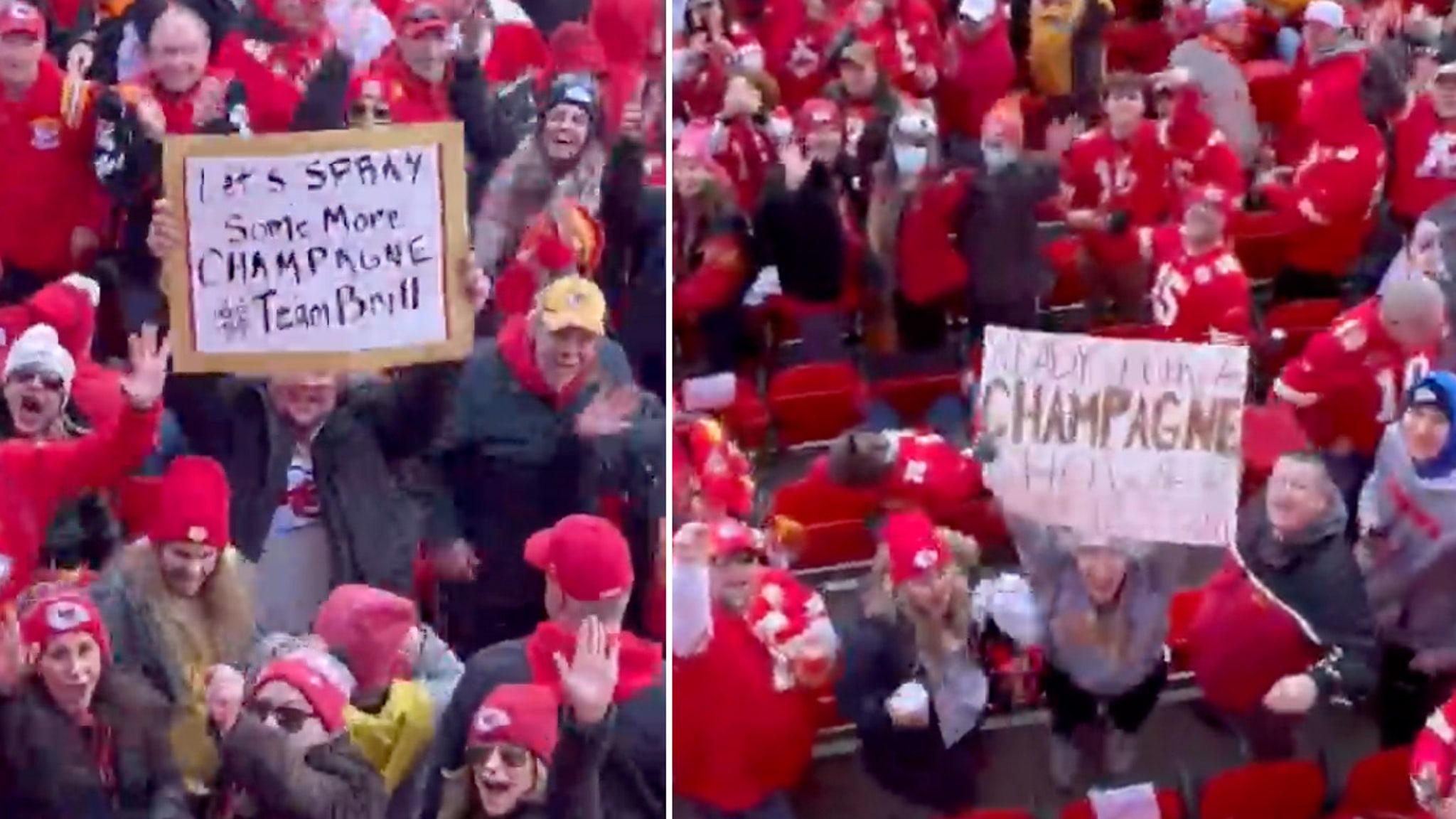 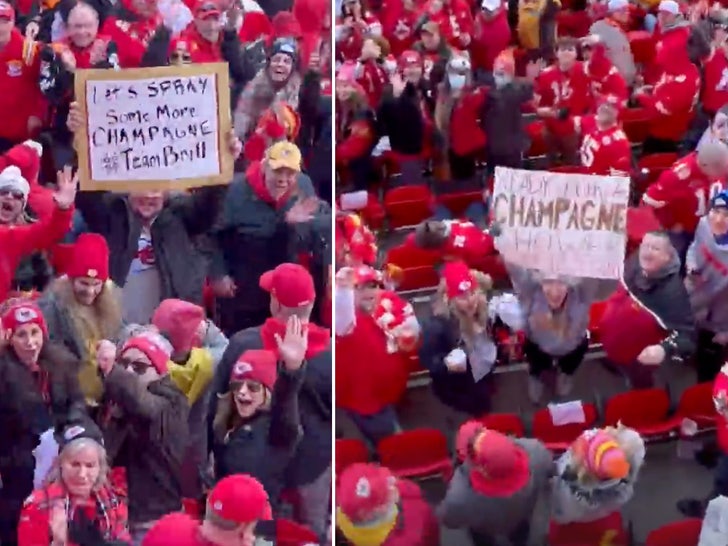 Patrick Mahomes’ fiancée, Brittany Matthews, could have a tough decision to make at the AFC Championship — some Chiefs fans want her to repeat the exact celebration she caught so much flak for last week.

Brittany is at today’s game in Kansas City, and while some people try to avoid the splash zone … some KC fans are all about that life!! In the middle of the fired-up crowd, you can see signs like, “Let’s spray some more champagne!” and “Ready for the champagne shower!”

Some are even adding the #TeamBritt … making it clear they have NO issue whatsoever with what she did after the Chiefs’ OT victory. 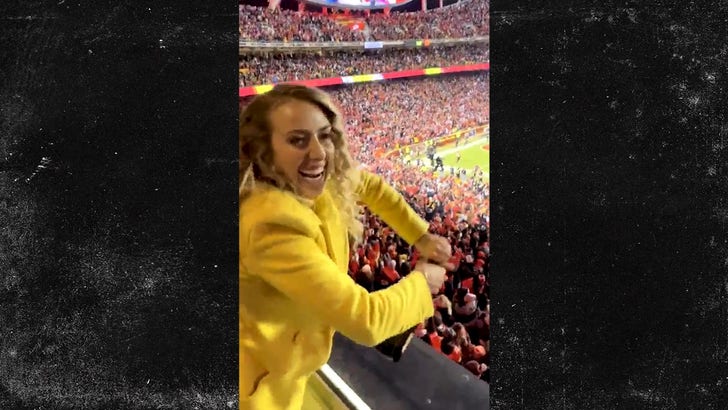 Remember, after the clip of Brittany spraying champagne on fans below her luxury box went viral, she got a lot of online backlash. She complained, “Wish I could do what I want without getting attacked every week.” 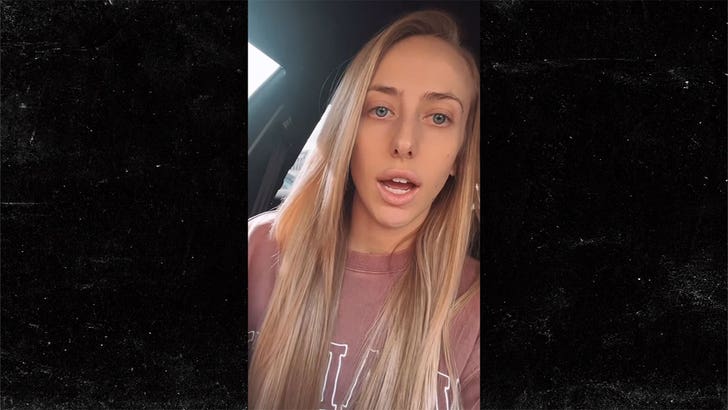 A few days later, Brittany announced she would be making “Team Brittany” shirts for her fans — she said the intent was to stand up to what she considers online bullying, and a portion of proceeds are going to an anti-bullying charity.

If the Chiefs QB pulls off a huge victory over the Cincinnati Bengals — to get back to the Super Bowl — all eyes will be on Brittany to see if she gives some fans exactly what they want.