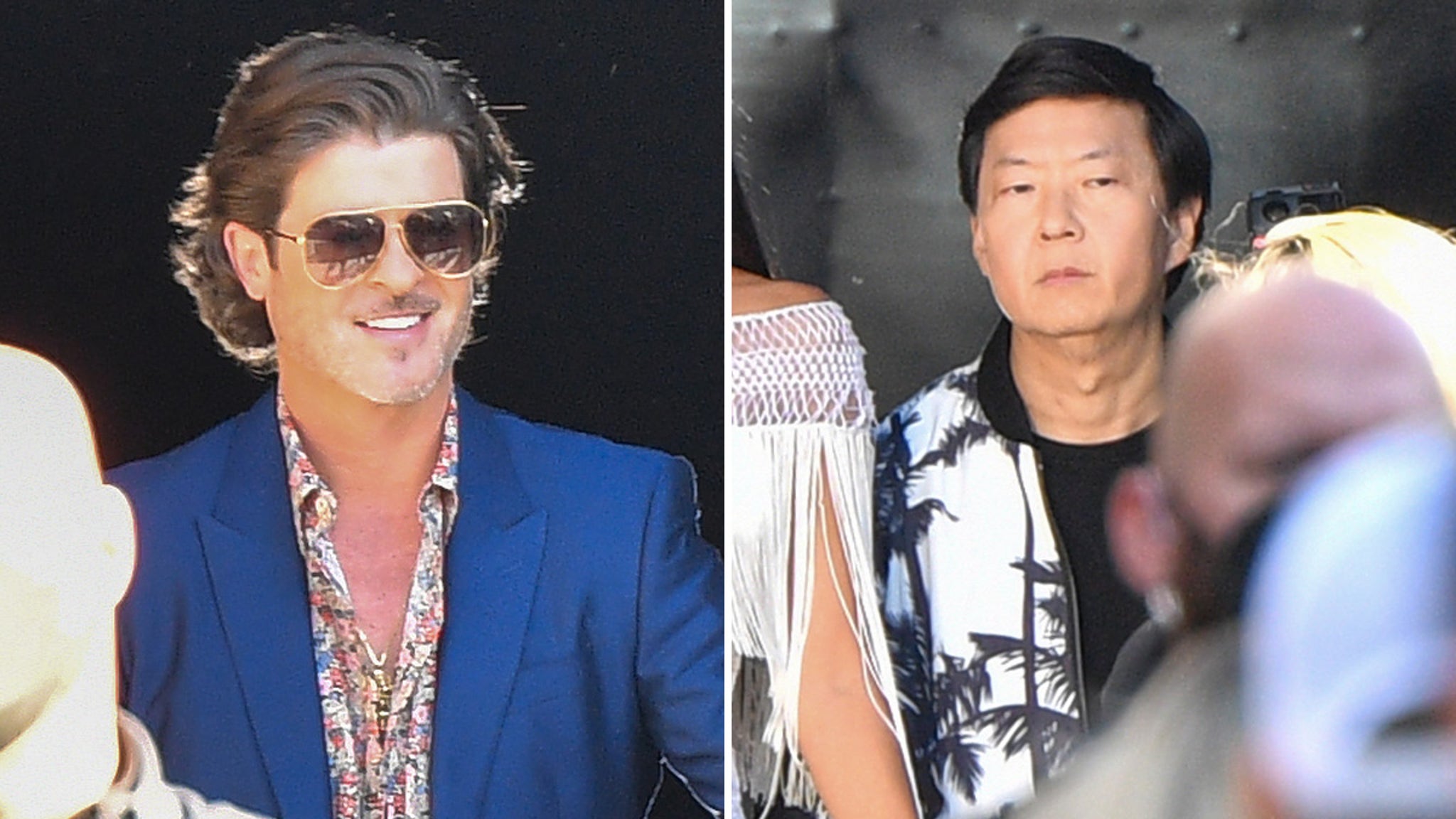 Robin Thicke and Ken Jeong‘s ‘Masked Singer’ walkout over Rudy Giuliani being a contestant will not be a long term protest — both judges are back on the job, and looking pretty damn happy too.

Ken and Robin joined their fellow judges Nicole Scherzinger and Jennifer McCarthy Wahlberg Thursday for a photoshoot to promote the show’s upcoming 7th season. The fact they’re still all in to hype the show is a great sign they’re willing to sweep Giuliani-gate under the rug

As TMZ reported … During the first taping of the season, Donald Trump’s former attorney was the first to get kicked off the show, and when he was unmasked to the judges and audience members, Robin and Ken walked right off set — a clear protest of his participation in the show

That all went down last week, but Thursday all seemed forgiven during the shoot outside the ‘Masked Singer’ studio.

While there were some complaints when Sarah Palin appeared on the show back in 2020 … it was nothing as visceral as Ken and Robin storming off the stage.

Well, now Rudy’s gone and cooler heads are prevailing. Still, who doesn’t wanna see how that moment played out — and ya gotta wonder who the next reveal is gonna piss off!!!