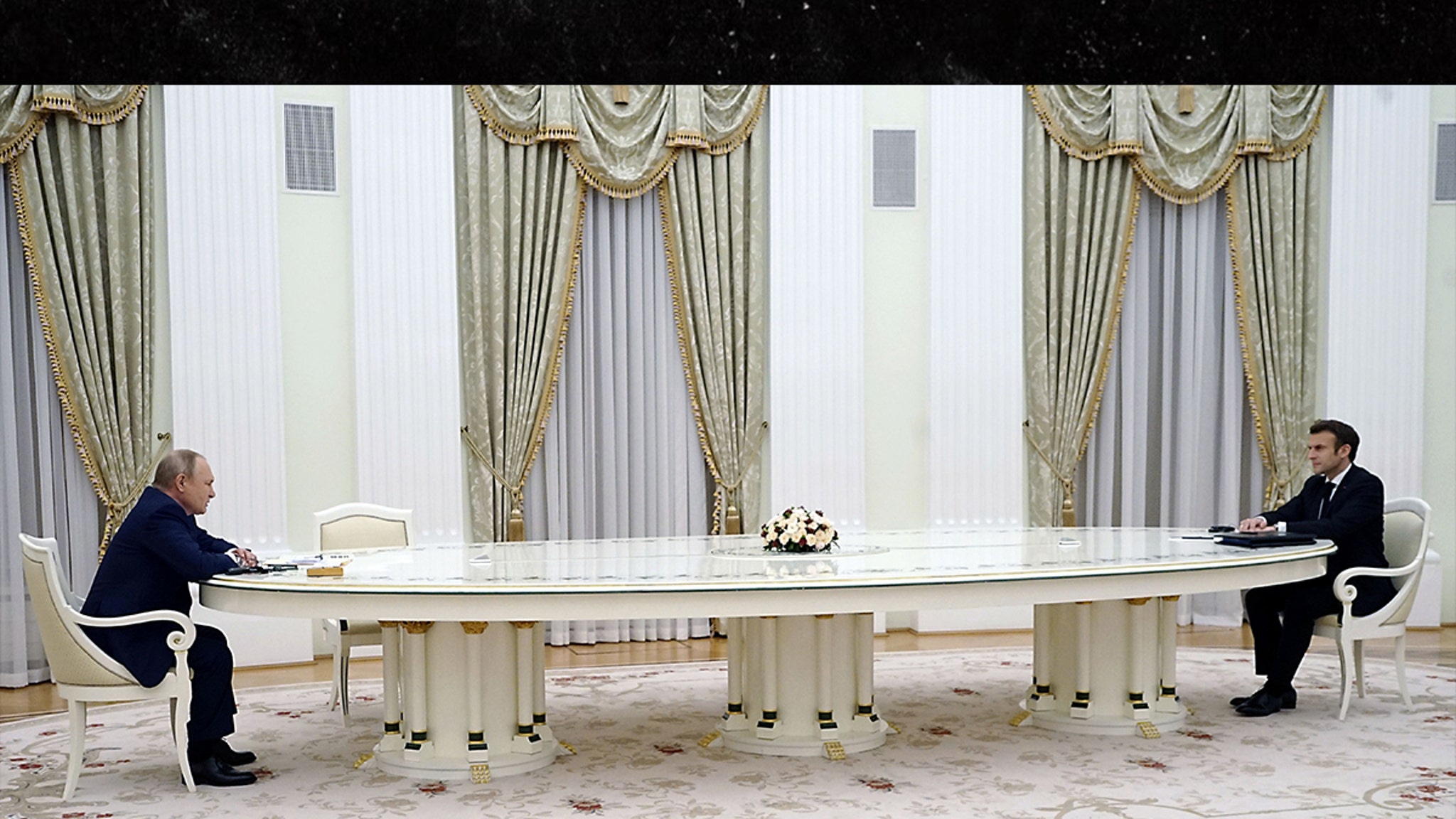 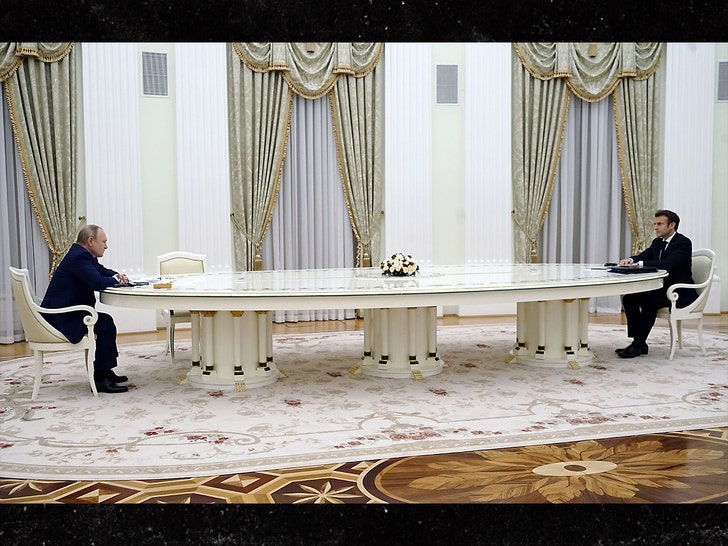 Emmanuel Macron is in Moscow trying to smooth over the whole Ukraine crisis with Vladimir Putin — but based on the room they’re sitting in, there’s gonna be a lot of yelling.

Peep this photo of the French and Russian presidents — almost literally worlds apart — at the Kremlin Monday. The talks were held at this absurdly long table, and while it’s hard to imagine how they even heard each other … neither looks too happy to be there.

The image hardly instills confidence they can find a peaceful resolution to the ominous situation on the Ukraine border … where Russian troops have mobilized, seemingly ready to invade at the drop of a hat. 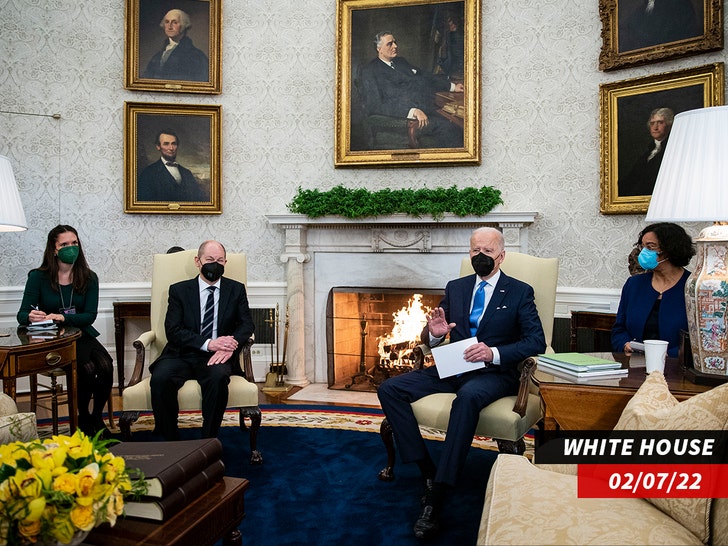 Remember, this is Putin’s turf … so, presumably, he’s the one who suggested they come to this supersized table. Perhaps he didn’t realize how it’d look to the outside world — or, on the flip side, he knew exactly how this would play, optically … and did it on purpose.

Either way, it’s pretty crazy to see. The U.S. isn’t sitting this out BTW — President Biden met up with German Chancellor Olaf Scholz to discuss the very same thing, trying to give diplomacy another chance before things escalate further.

Still, for the guy doing the heavy lifting halfway across the globe … it looks tense as hell. 😳