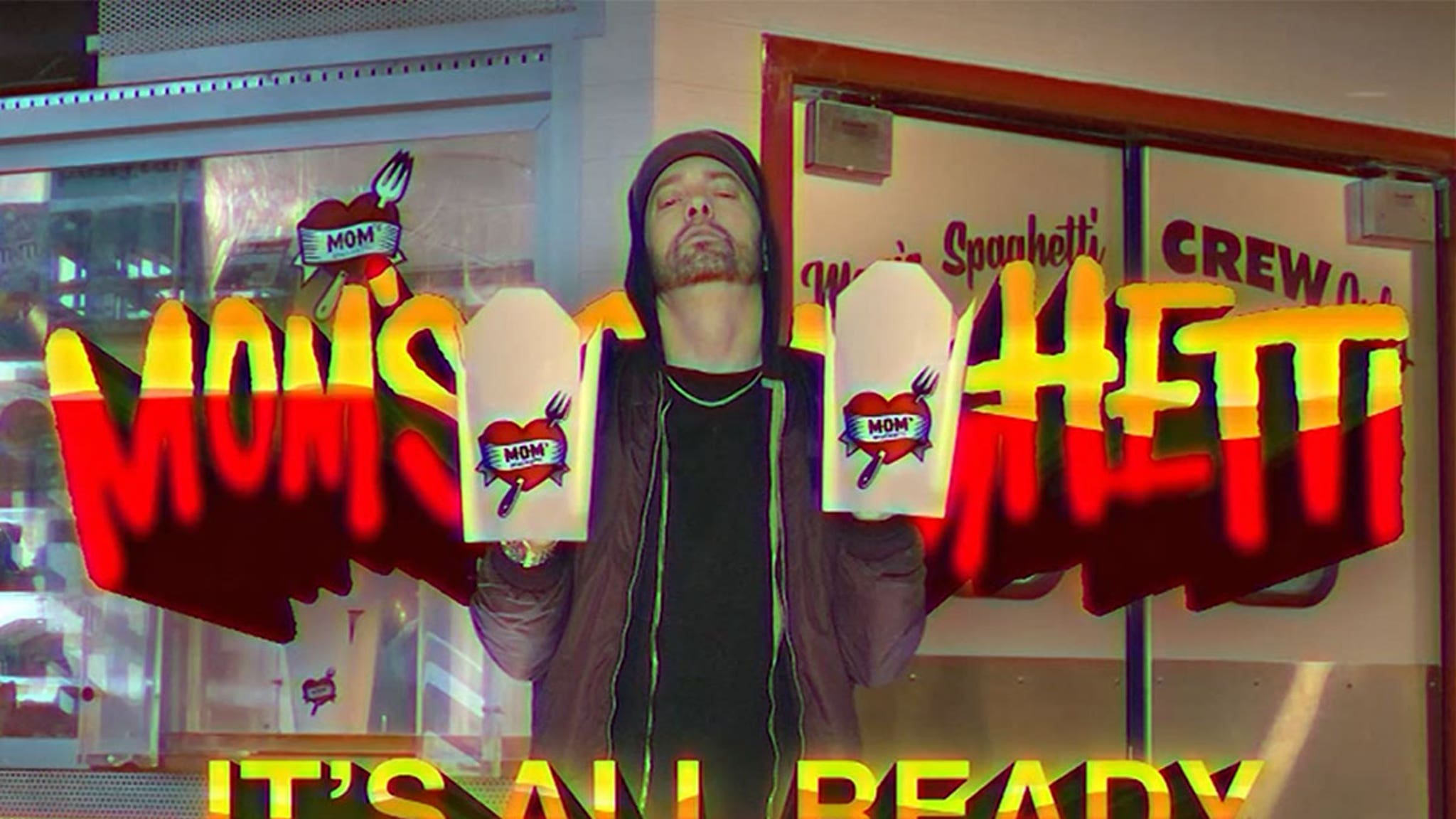 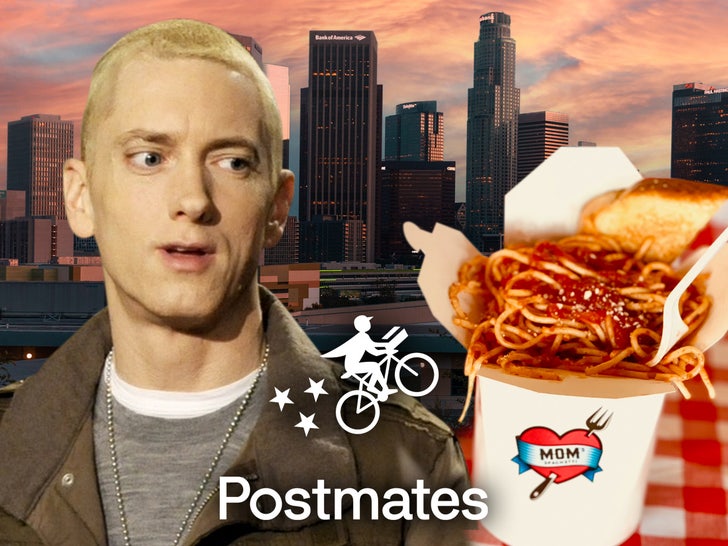 Eminem is headed to L.A. to perform in the Super Bowl halftime show, but he’s not coming empty-handed … he’s bringing grub from his super popular restaurant, Mom’s Spaghetti. 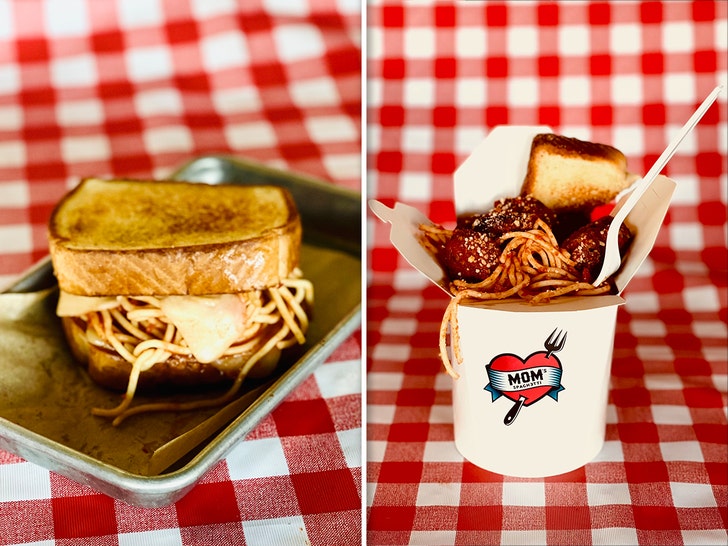 The restaurant is killing it in Detroit, and now Los Angelenos and people visiting the City of Angels can sample Em’s fare at a pop-up shop in DTLA.

The shop opens Wednesday, Feb 9 and shuts down after game day. For folks who don’t want to venture to Downtown L.A., they can order exclusively on Postmates with free delivery for orders over $20. Pickup will also be available from Uncle Paulie’s Deli DTLA location. 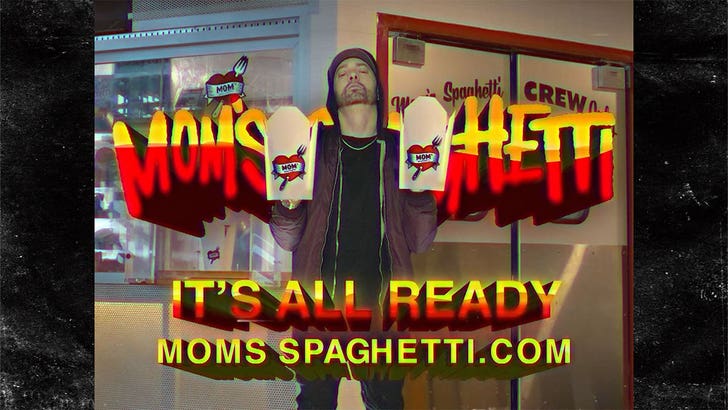 Eminem opened his ‘Mom’s Spaghetti’ brick-and-mortar restaurant in his hometown back in September. The menu is inspired by the rapper’s lyrics in “Lose Yourself” … Spaghetti with Toasted Garlic Bread, Spaghetti with Beef or Vegan Meatball, and a S’ghetti Sandwich (which is literally a piece of Eminem’s childhood). 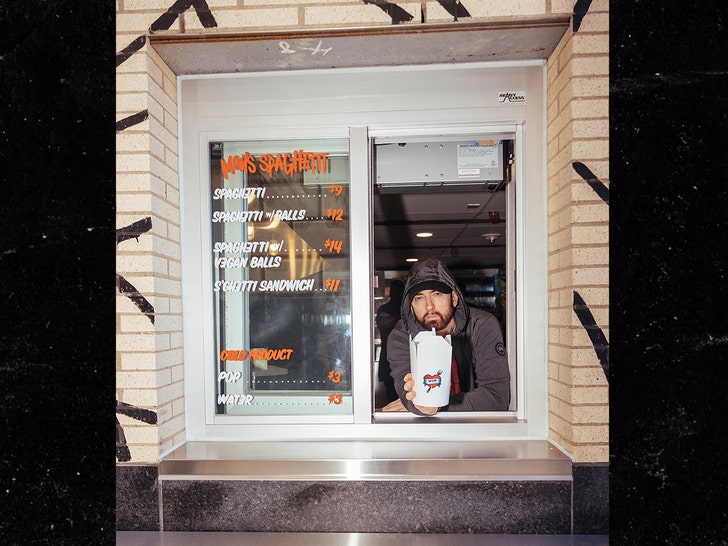 “It’s not the kind of pasta you’d expect if your grandma came from Italy on a boat … it’s more like the spaghetti you’d know if your mom came from Michigan on a bus,” says Mom’s Spaghetti co-owner Curt Catallo.