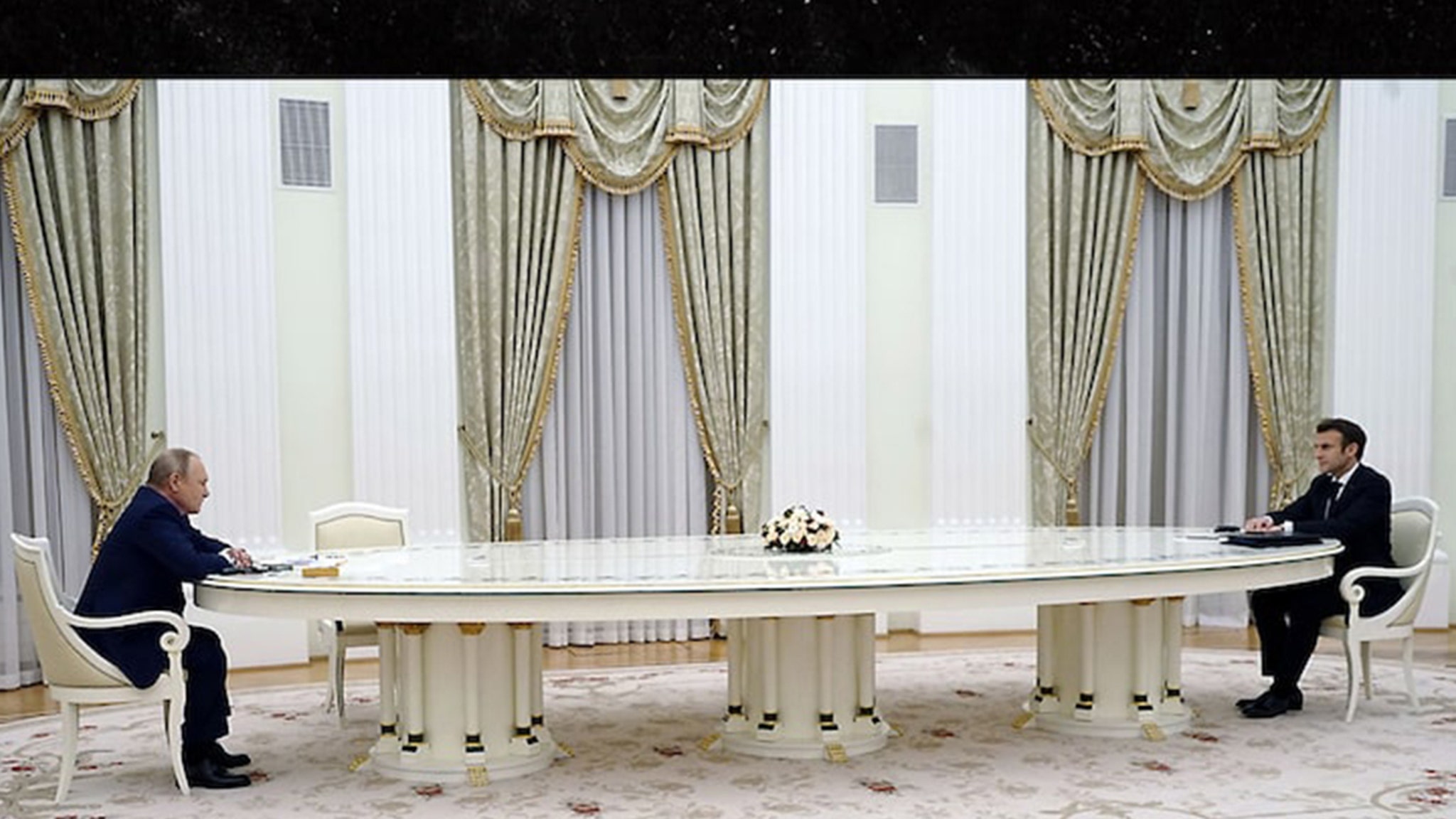 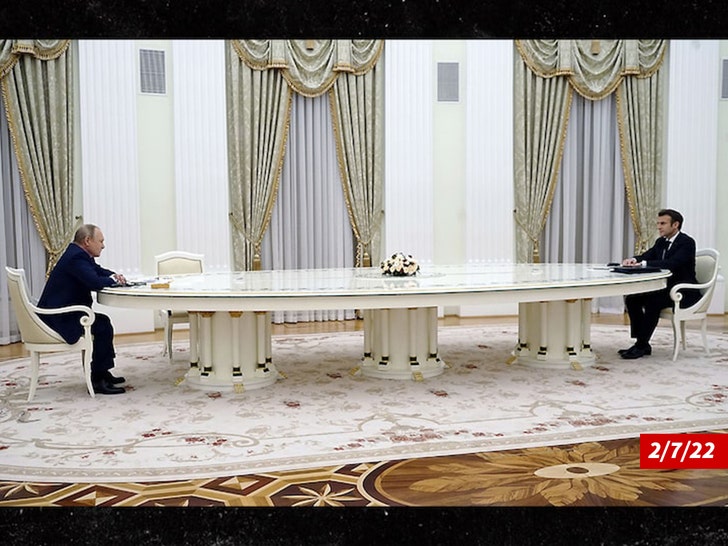 French Prez Emmanuel Macron isn’t about to hand the Russians a DNA sample — and that’s reportedly why Vladimir Putin forced him to sit wayyy across from him at a comically long table.

When the leaders met in Moscow this week to discuss Ukraine … this picture raised a lot of eyebrows and had some folks accusing Putin of a diplomatic power play — but it was actually a case of extreme social distancing.

The Russians asked Macron to take a Russian COVID-19 PCR test before sitting down with Putin, but he refused to take the test … according to Reuters. As a result, the Russians insisted on putting some distance between Macron and Putin.

Macron’s objection wasn’t about the test itself … instead it was all about espionage! The French reportedly had security concerns Russia would use the nasal swab to swipe Macron’s DNA.

As we reported … the image of Putin and Macron at the hilariously long table was very striking … and it hardly instilled confidence the two sides could broker a peaceful resolution to the ominous situation on the Ukraine border … where the Russians are mobilizing troops and seem ready to invade on a moments notice.

BTW, Macron reportedly took a French PCR test before heading to Moscow, plus a rapid antigen test administered by his own doc once he was in Russia — but that apparently wasn’t good enough for Putin. 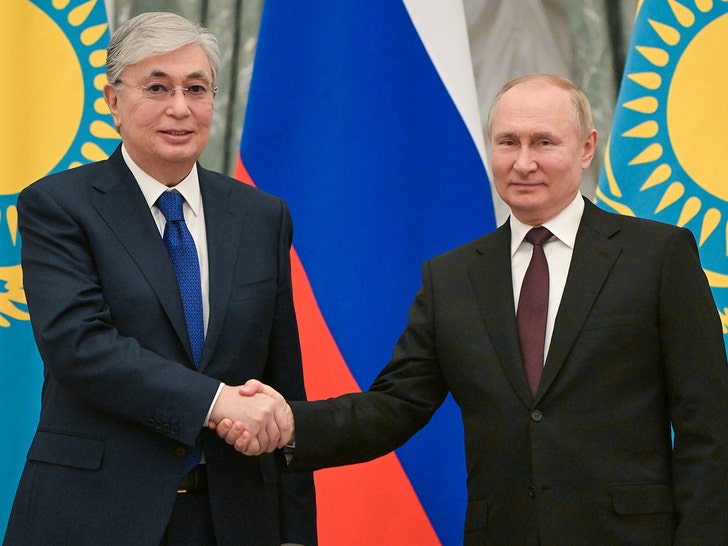 The Russian strongman found someone else to play ball Thursday, shaking hands with Kazakhstan president Kassym-Jomart Tokayev. Presumably … he had no issue with the swabbing.