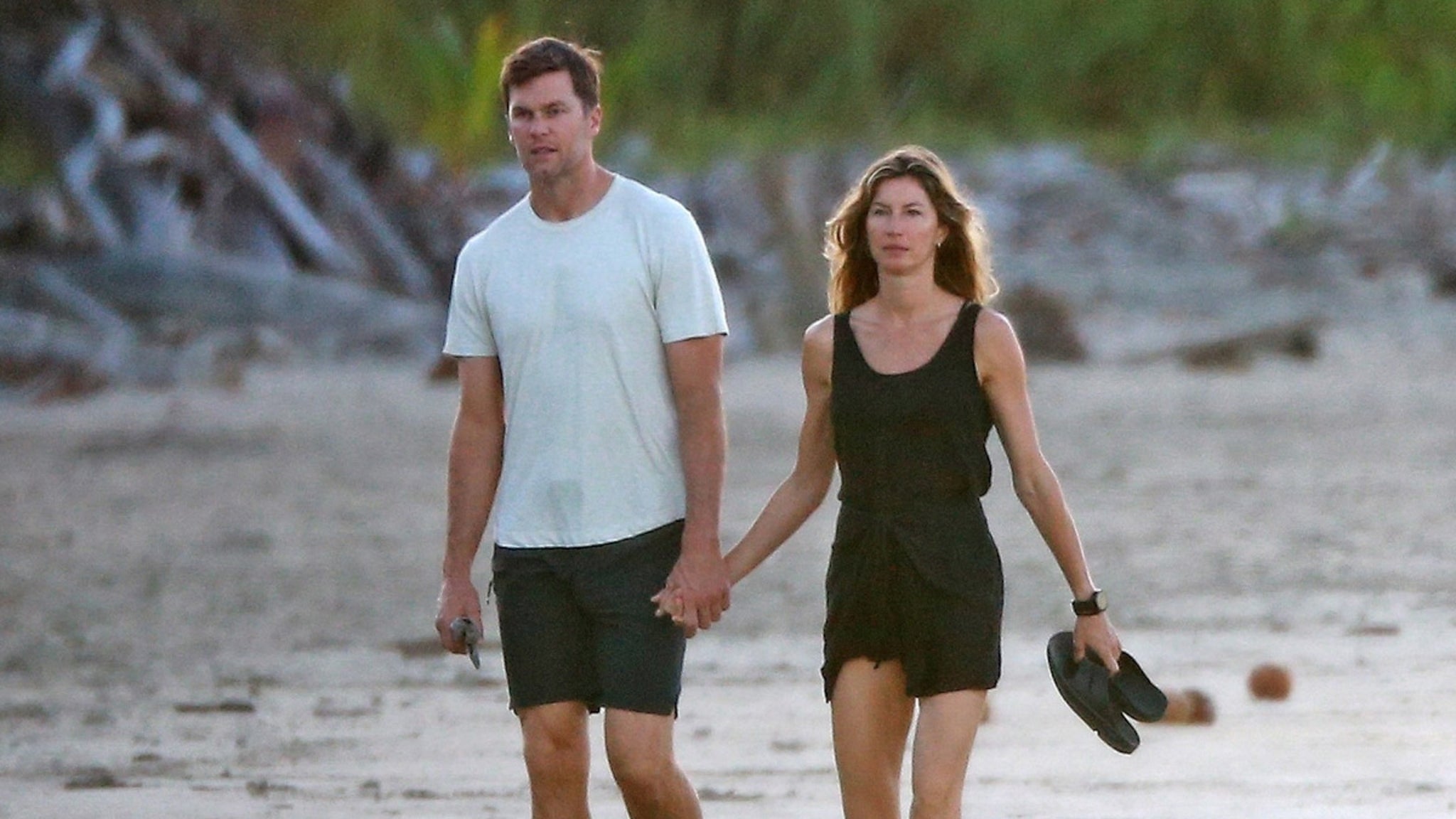 Tom Brady hung up his football cleats and slipped on some sneakers for a romantic walk in the sand with Gisele.

TB12 and Gisele are on their annual beach vacation down in Costa Rica … and locked hands Friday as they strolled along the sand … with a cute pup in tow. 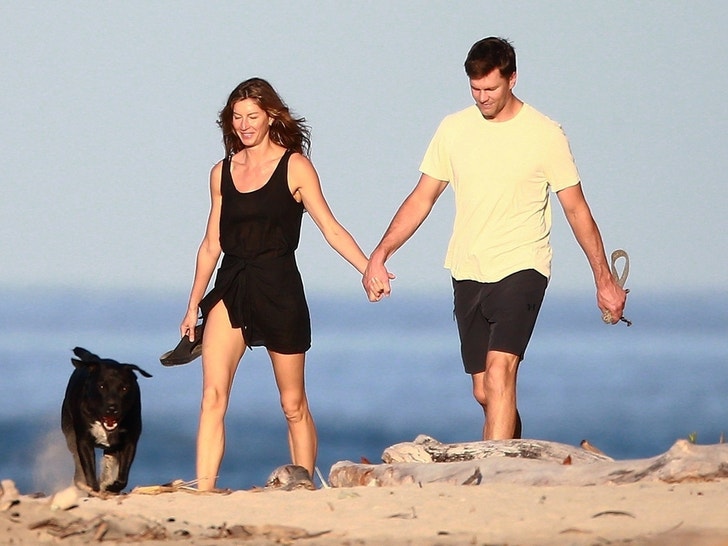 Seems retirement is suiting Tom well … they both look super happy. It’s only been a few weeks since he gave up football after 22 years in the NFL, saying he wants to spend more time with the fam.

Tom and Gisele are about to celebrate 13 years of marriage … when you can smile broadly after that amount of time, something’s clearly working! 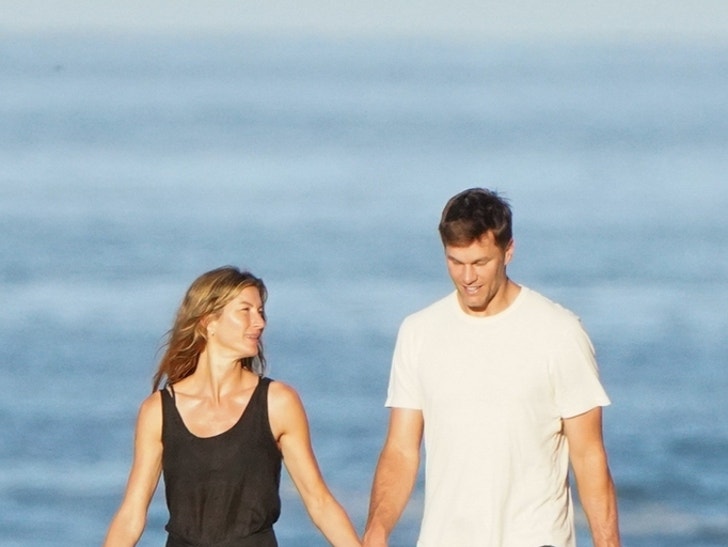 The Brady bunch is down in Costa Rica a little bit sooner than Tom probably would have wanted … the family always jets down after football season, but the Super Bowl is just 2 days away.

While Tom’s in paradise with Gisele, the team that knocked him out of the NFL playoffs — the Los Angeles Rams — are gearing up to play in the big game.