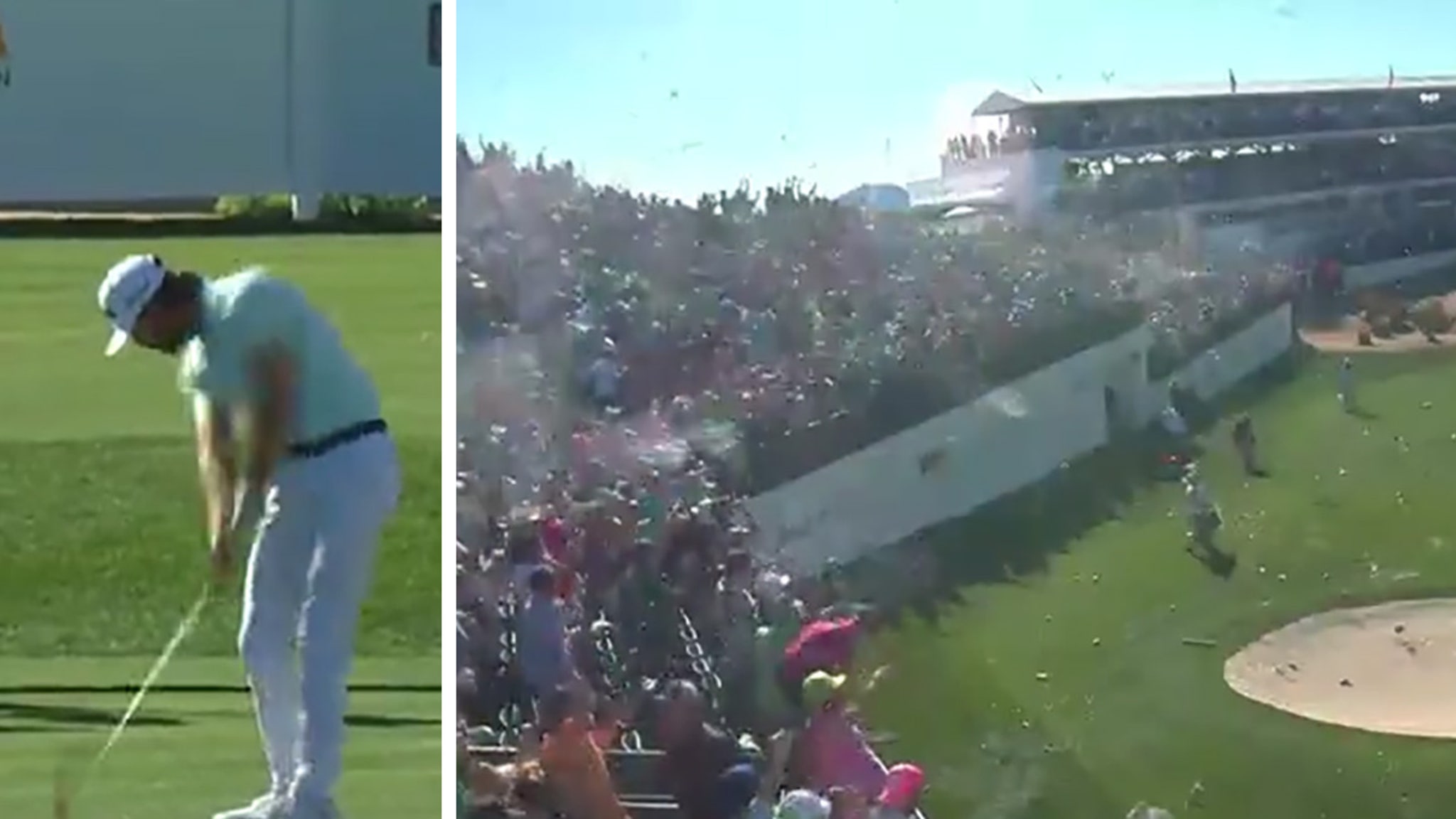 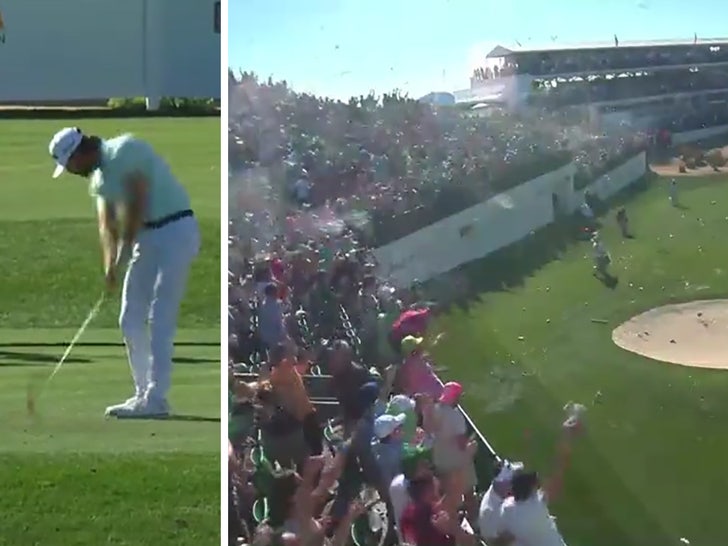 Sam Ryder drilled a hole-in-one during a golf tournament in the Arizona desert — and the reaction from the crowd would’ve almost certainly put a smile on Adam Sandler‘s face.

Check out this insane moment that went down Saturday at the Waste Management Phoenix Open (yes, that’s the real name) … where the golfer was celebrated in true ‘Happy Gilmore’ fashion, getting showered with both beer and accompanying cans from a rowdy crowd.

We’re still under a beer can removal delay after Sam Ryder aced the stadium par 3 in Phoenix pic.twitter.com/R7629qFlyZ

While teeing off on the 16th hole — a par-3, at a lengthy 124 yards — Ryder’s ball sailed in the air and then landed perfectly on the green … rolling on into the cup. Ace, baby!

It was freaking awesome … and you can definitely tell by how the spectators reacted, literally erupting in cheers, which was quickly followed by beer getting flung up into the air … and soon, containers getting chucked onto the actual course down below.

Happy Gilmore would have been proud today! pic.twitter.com/MsoUnUaVO1

Nobody seemed to mind, though … the Phoenix Open has this sort of rep, so if anything — it’s expected at this point. Of course, that means they gotta go into delays constantly because of “rain” like this on standby and at the ready from the surrounding balcony areas.

And yes, it goes without saying … folks couldn’t help but make the ‘Happy’ comparisons. Whereas golf tournaments are usually way less raucous than this … this specific one brings out the best in fans, it seems.

Sam was a second away from doing the bull dance, feeling flow … and workin’ it, workin’ it.

Also, maybe they oughta put that WM sponsorship to good use here … clean up in the golf department, people!