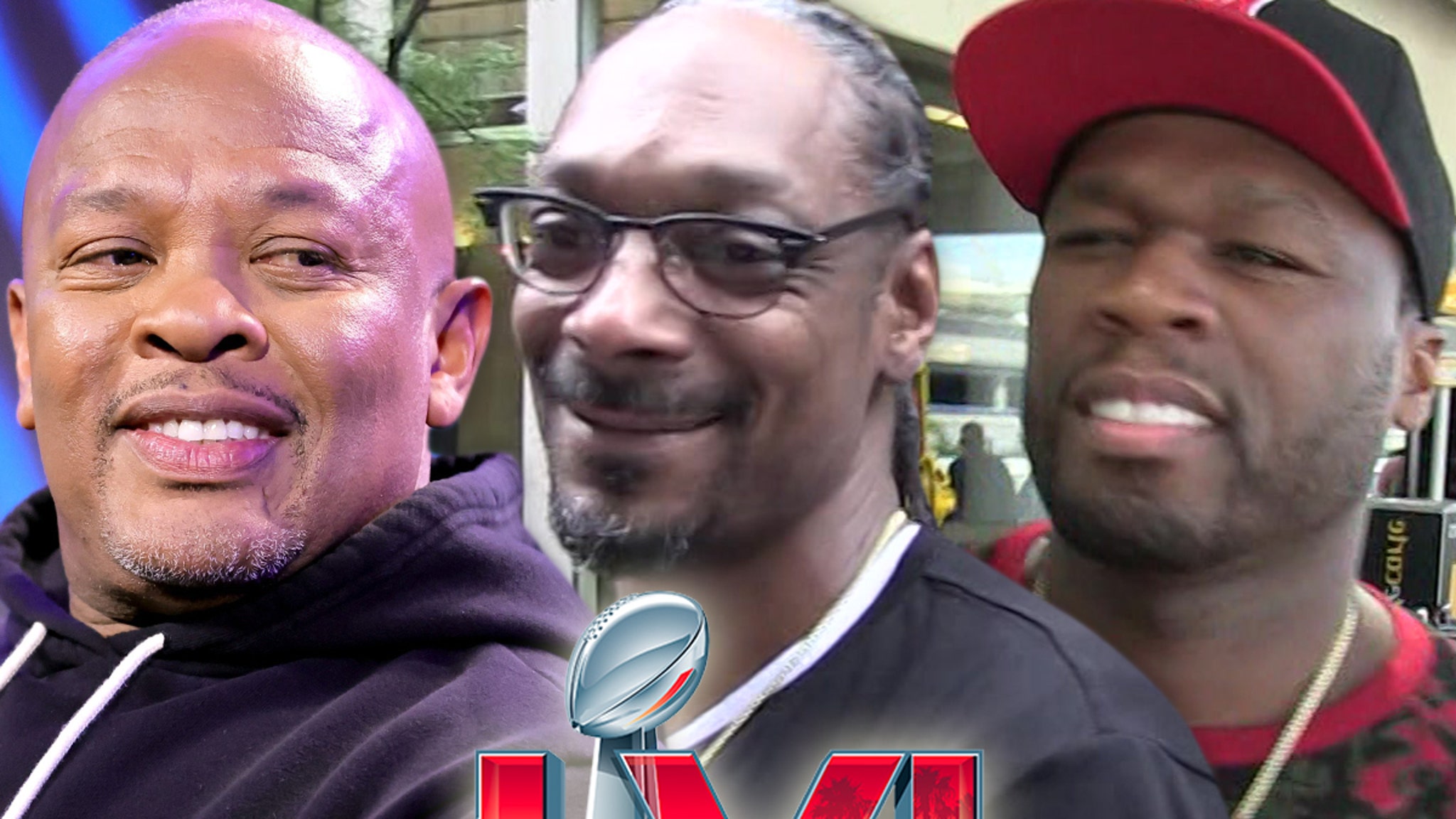 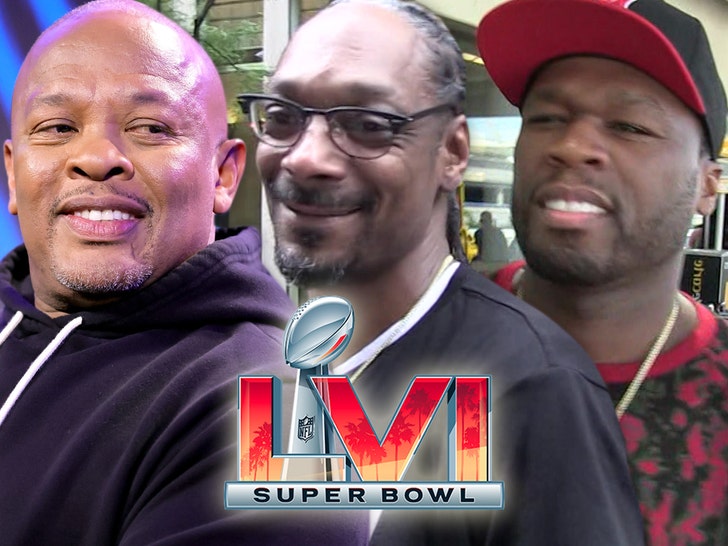 Snoop Dogg and Dr. Dre did NOT disappoint at the Super Bowl Halftime Show — and they didn’t come empty-handed either … trotting out none other than 50 Cent.

The two headliners kicked off the star-studded performance Sunday at SoFi Stadium, going through a few of their hits, including ‘The Next Episode’ and ‘California Love,’ — but in the middle of them doing their thing on stage … Mr. Jackson swung into action down below!

Surprise: 50 Cent pulls up to the #SuperBowl halftime show. pic.twitter.com/j4ILHEe85G

Fitty turned out to be the big surprise guest that had been rumored for weeks now … and he performed ‘In Da Club’ on a set piece underneath Snoop and Dre — this while hanging upside down.

It made for a ton of fanfare … and folks cheered the trio on. Soon after, Mary J. Blige came on and went through a quick medley as well, before passing the baton on to Kendrick … who eventually handed things off to Eminem, pumping up the energy with each performance.

Snoop and Dre eventually took center stage once again … and ended things on a high note with ‘Still D.R.E.’ — and were flanked by all the artists by the finale of the song.

Seems like this one was a major homage to the legacy of Dre, and turned out to be pretty damn rad as a result … living up to the hype and then some.