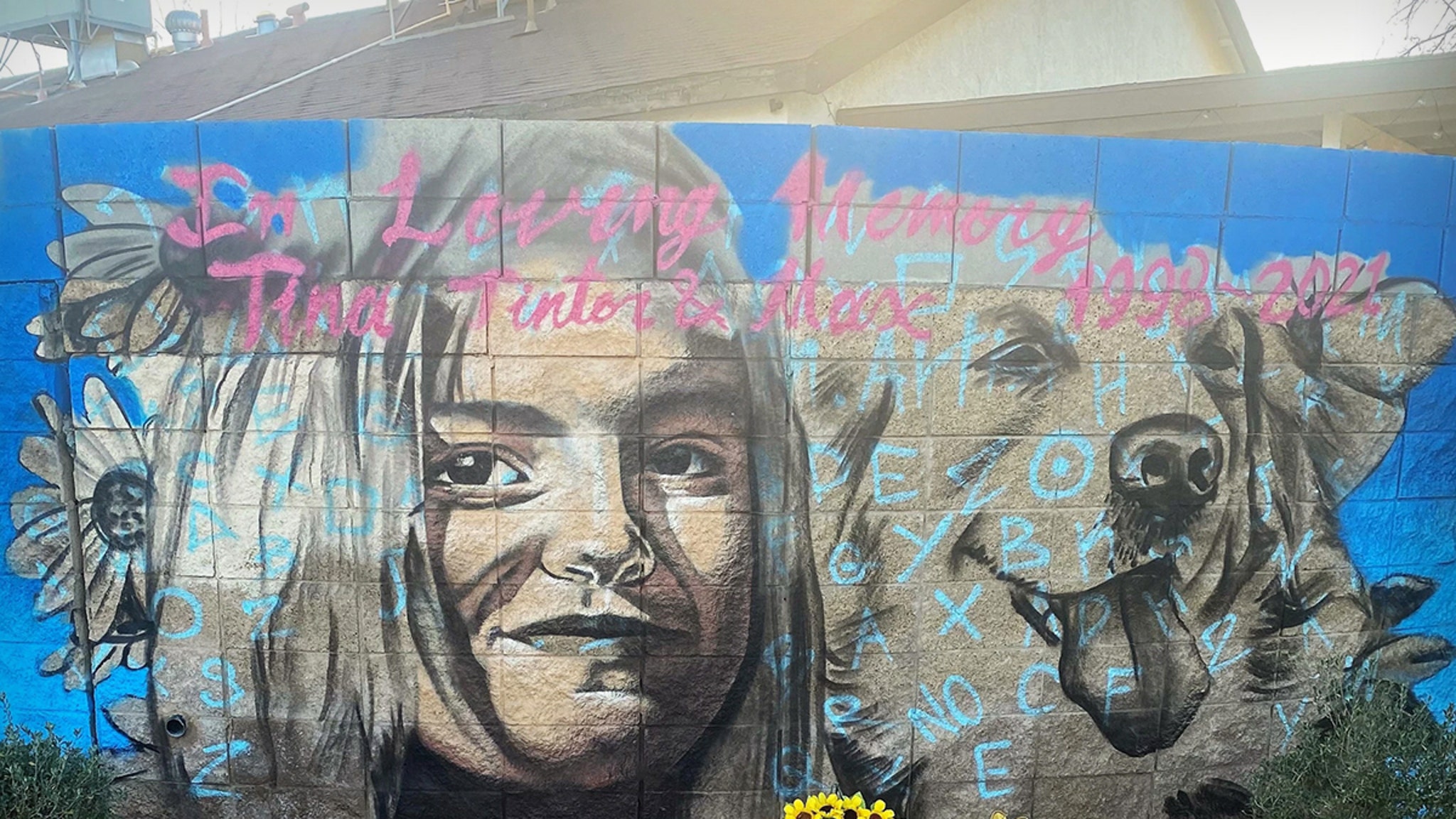 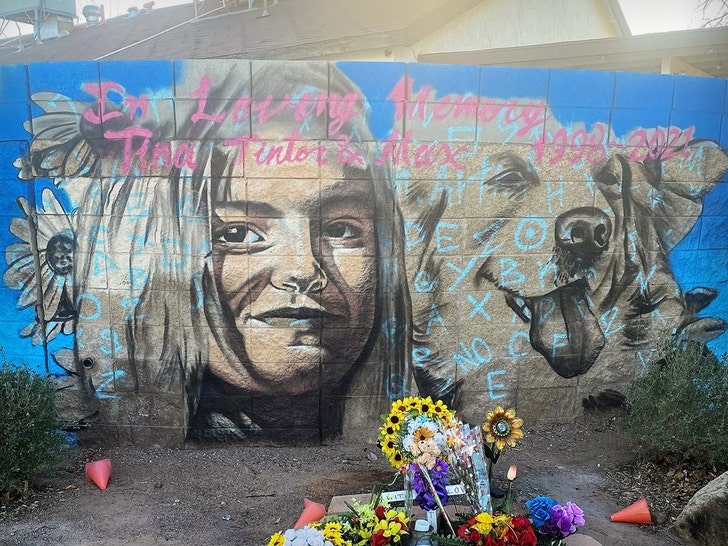 Tina Tintor and her dog have been memorialized with a mural in Las Vegas … three months after they tragically died there in a car crash involving former NFL star Henry Ruggs.

The art was just painted on a wall near the wreck site — showing a depiction of Tina and her Golden Retriever, Max, smiling in front of a blue background.

The artist painted both of their names in pink lettering above their pictures … and added, “In loving memory.”

In front of the art — which sits on the corner of the intersection near where the two were hit by Ruggs’ Corvette on Nov. 2 — family, friends and supporters have continued to leave photographs, candles and flowers.

Tintor’s uncle told KLAS in Vegas that he organized the painting of the mural following Tina’s death.

As we previously reported, investigators say Tintor burned to death after officials say Ruggs was speeding with a .161 BAC before he rammed his sportscar into the back of her RAV4.

Ruggs has been hit with five charges for his alleged role in the crash … and he could face decades behind bars if he’s convicted on all counts.