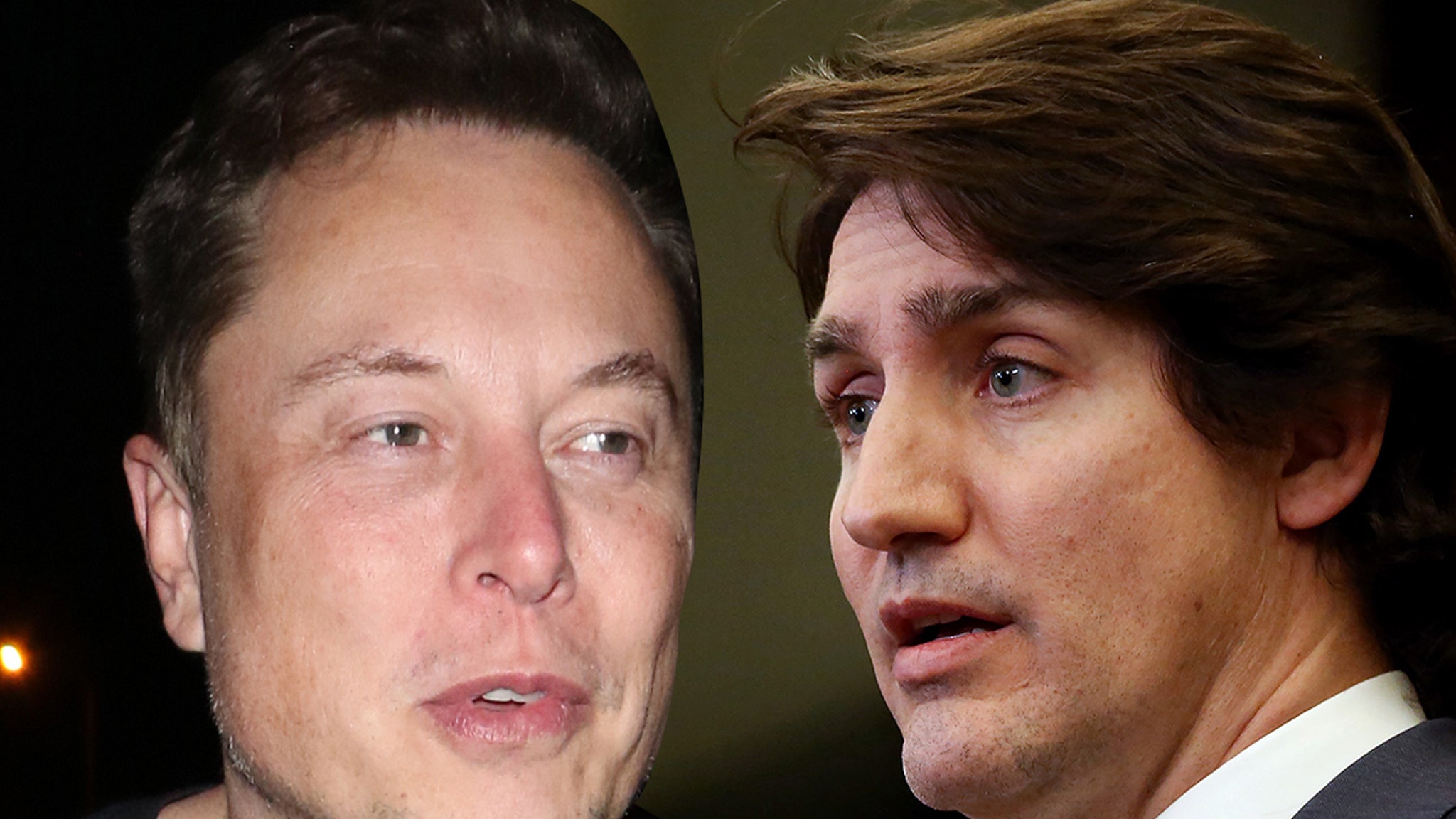 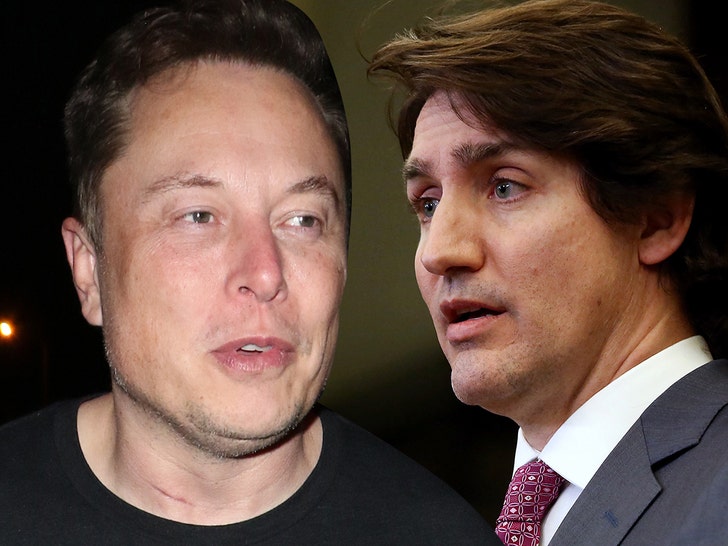 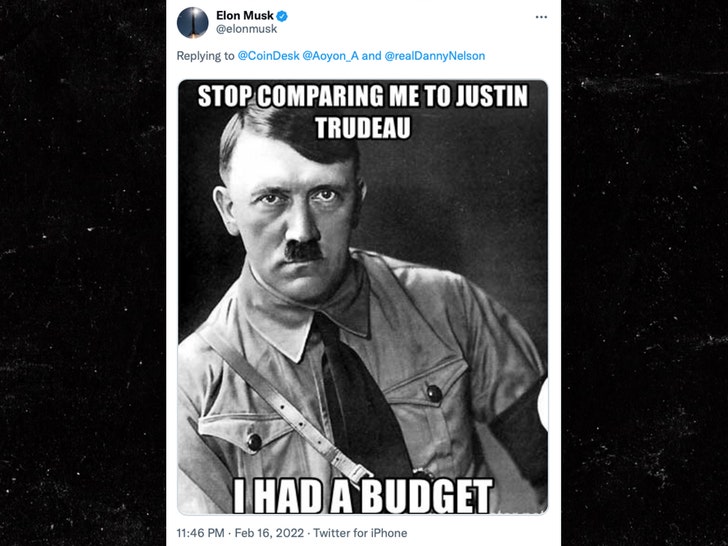 Musk was triggered by Trudeau exercising his emergency powers to stop protesting truckers — powers that include stopping supporters from donating crypto to the truckers — by posting a meme of Adolf Hitler with the caption, “Don’t compare me to Justin Trudeau … I had a budget.”

The comparison drew the ire of lots of folks and orgs, including the American Jewish Committee, which responded, “Musk may believe posting a meme comparing Justin Trudeau to a genocidal dictator who exterminated millions is an appropriate way to criticize policies he disagrees with. It is not. It never is. Musk must apologize and find other ways to voice his displeasure.”

Others are saying, “It disrespects the memory of all victims & hurts many people,” and “Unfollowed. Not funny.”

Don’t hold your breath for an apology from Musk. 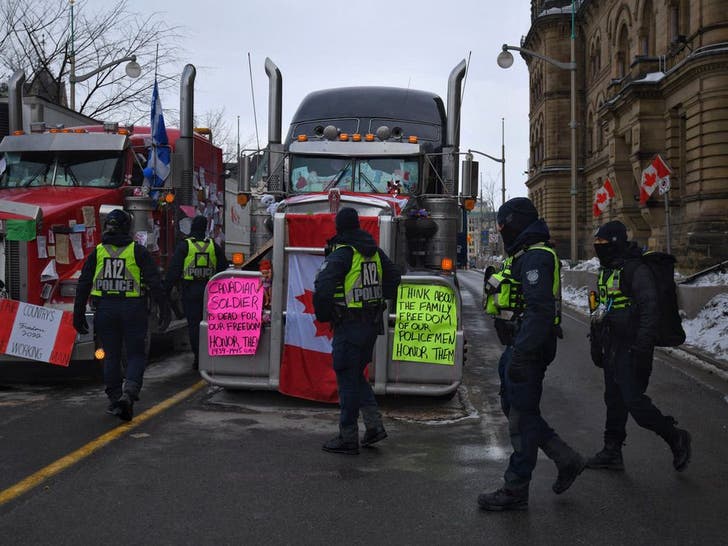 BTW … Trudeau’s emergency orders also include clamping down on protests, arrests and seizing their trucks.