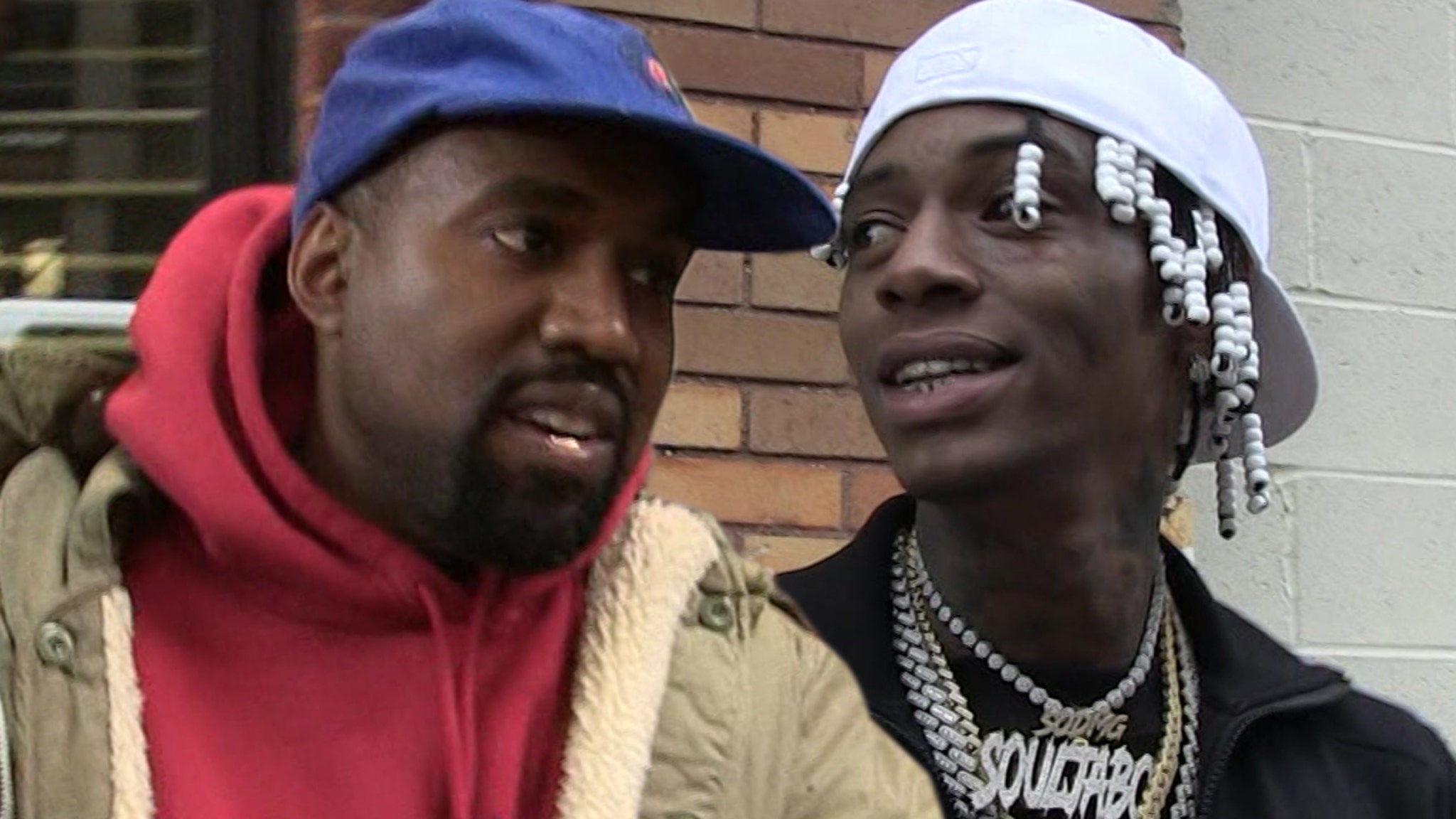 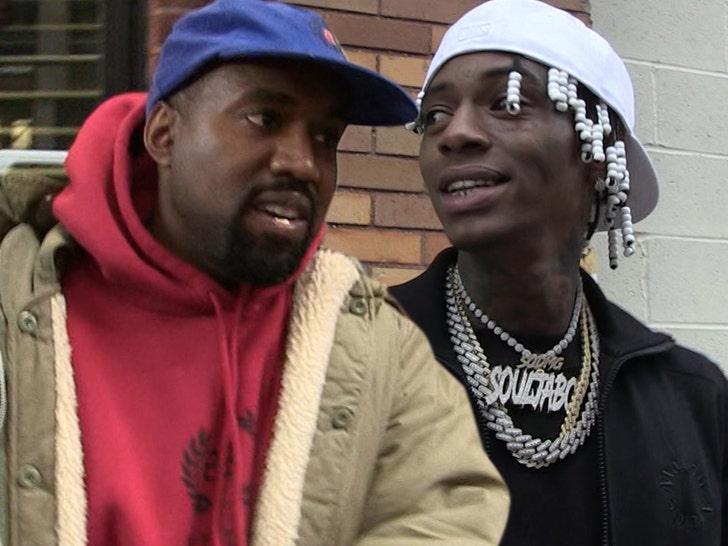 Soulja Boy and Kanye West might seem like they’re constantly at each other’s throats — but they’re actually buds … so says SB himself.

Big Draco set the record straight Sunday by announcing that, yes, he and Ye are actually cool … despite him apparently taking shots at the guy, including recently — when he mentioned Kim K and Pete Davidson. 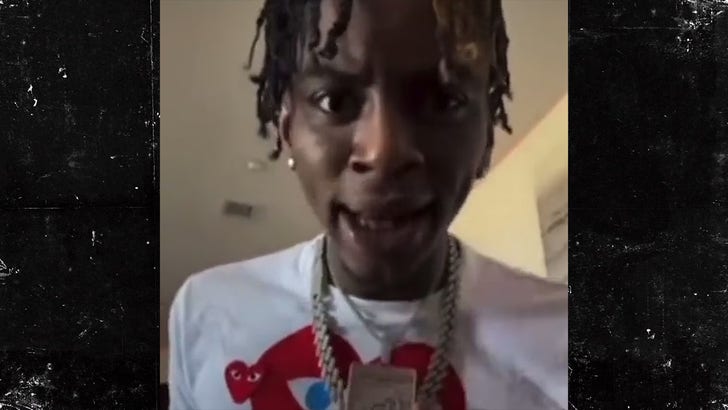 ICYMI … Soulja took to IG a few days ago and said PD (or Skeet, as he’s now known) “got your bitch,” among other derogatory things … obviously referencing Kanye.

Sounds like KW got the memo, because he seems to have texted Soulja directly after the fact … asking that he not talk about his estranged wife. Soulja shared a screenshot of that convo, and at first glance … it looks like it’s gonna get nasty, because he responded with animus. 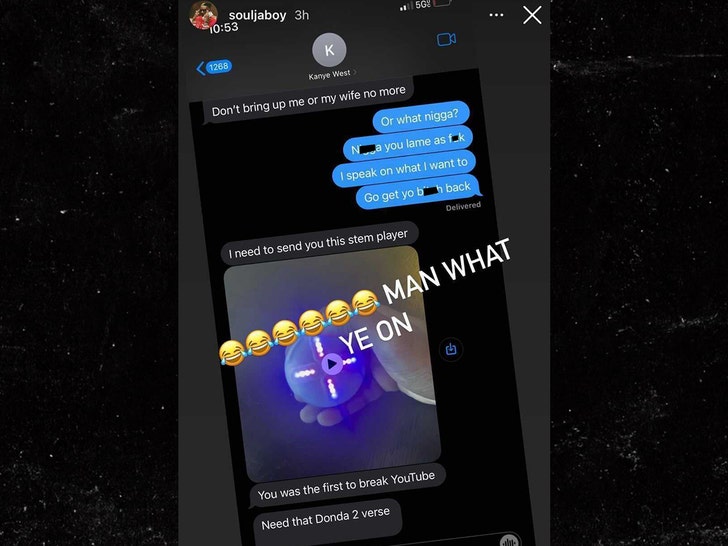 Fortunately, Kanye diffused the situation almost immediately … telling Soulja he was gonna send him one of his new Stem Players while also inviting him to hop on ‘Donda 2,’ which brought Soulja’s guard down. Kanye had previously cut Soulja’s verse from Donda and then trashed it in an interview.

In an IG story post, SV cleared the air that it’s all love between them, even if they act “crazy” at times and suggest otherwise. He also said they’re just two smart, strong-willed dudes with big dreams. 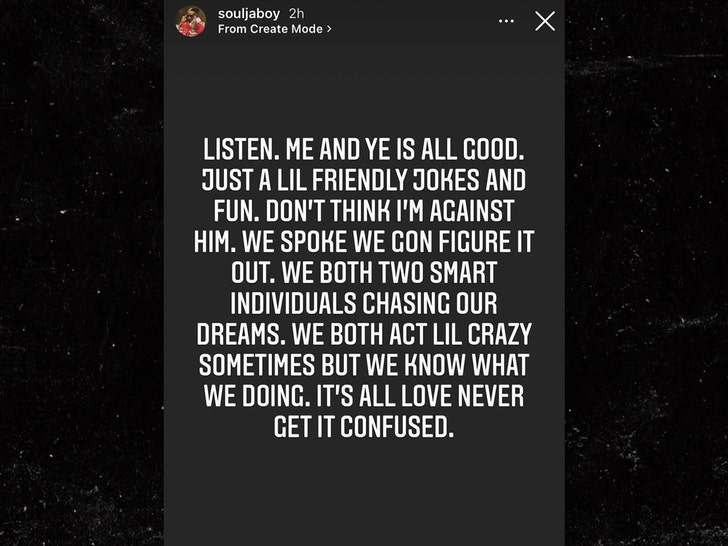 Speaking of that entrepreneurial spirit they both share, Kanye seems to have found himself some major success off of that nifty music player of his … to the tune of millions he says he might’ve otherwise missed out on.

If you didn’t hear, he’s not releasing ‘D2’ on traditional streaming platforms … instead, he’s exclusively putting it out via this new device of his — which is pretty cool looking.

He’s asking for $200 a pop for one of these, and while it might sound like an absurd idea … it apparently is paying off in dividends.

Ye says he’s already made at least $2 mil in net profits alone since plugging the thing, which is the type of revenue he says streaming numbers couldn’t realistically touch, due to the low payout for artists.