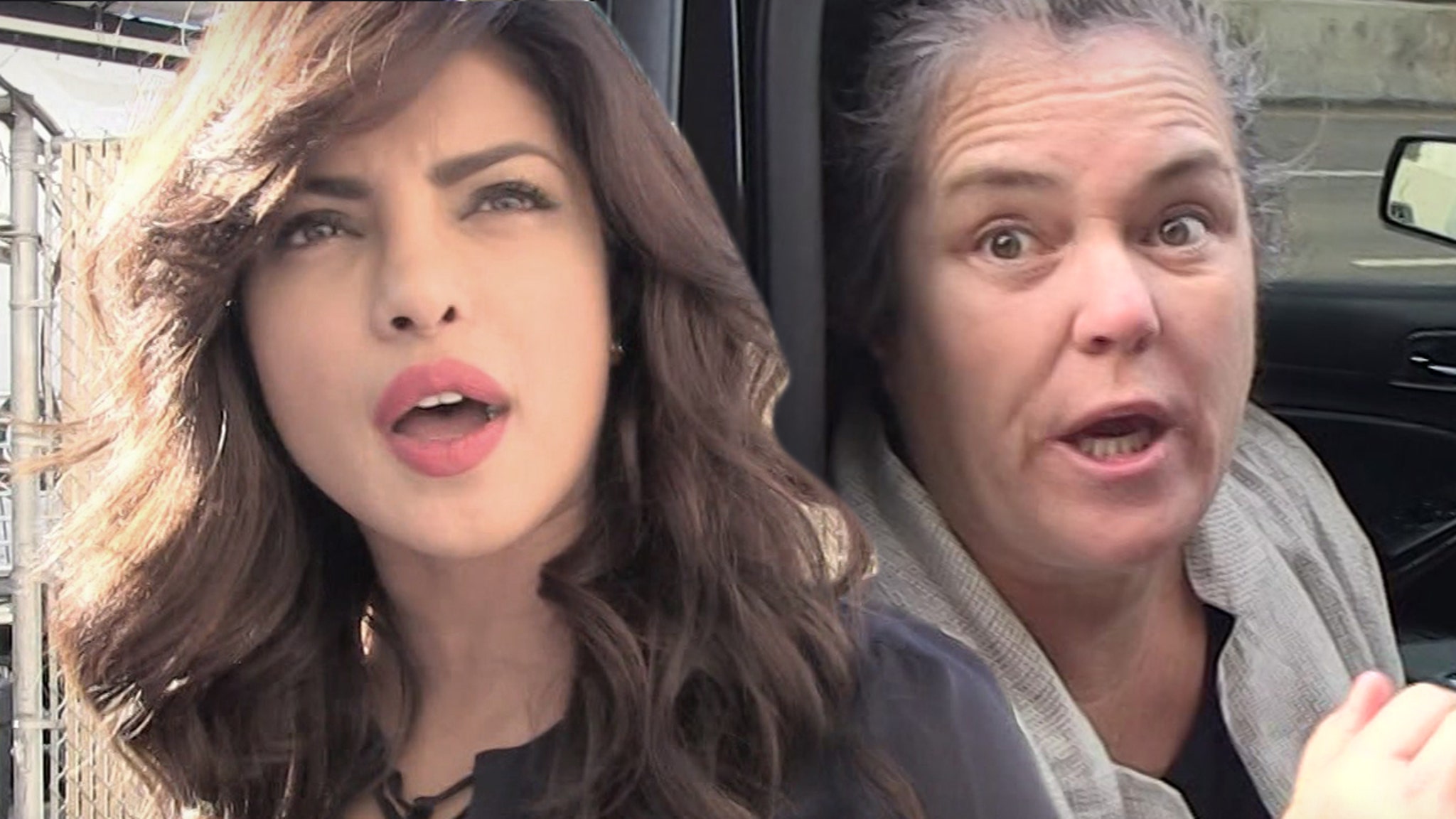 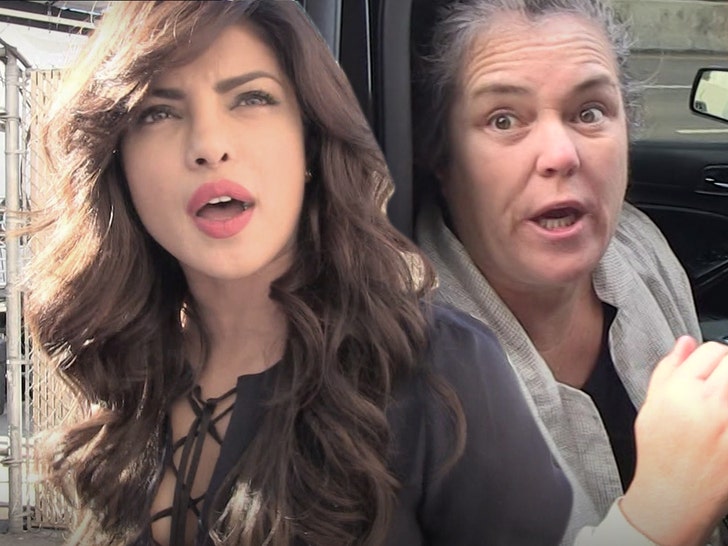 Priyanka Chopra‘s finally speaking out about that awkward encounter with Rosie O’Donnell, — and a subsequent apology — and it’s clear she’s offended Rosie couldn’t even say her name.

ICYMI … Rosie posted a video talking about running into Priyanka and Nick Jonas at Nobu in Malibu, where she embarrassingly claimed she knew Priyanka’s father, Deepak Chopra. Oops! That ain’t her dad. 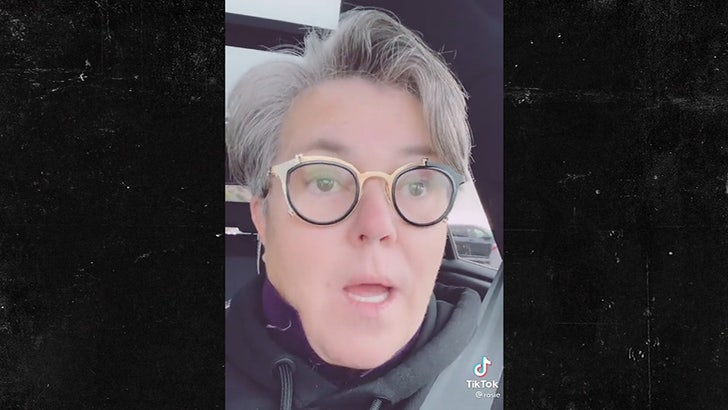 Rosie then attempted to apologize, but only referred to Priyanka as “the Chopra wife.”

Priyanka’s response at least starts on the high road, as she says … “I have never taken myself so seriously to think everyone would know who I am, or my work for that matter.”

But, it quickly becomes evident she’s peeved — she continues, “If you wanted to  make a public apology for a very awkward private encounter, I think probably best to take the time to google my name before doing it.” 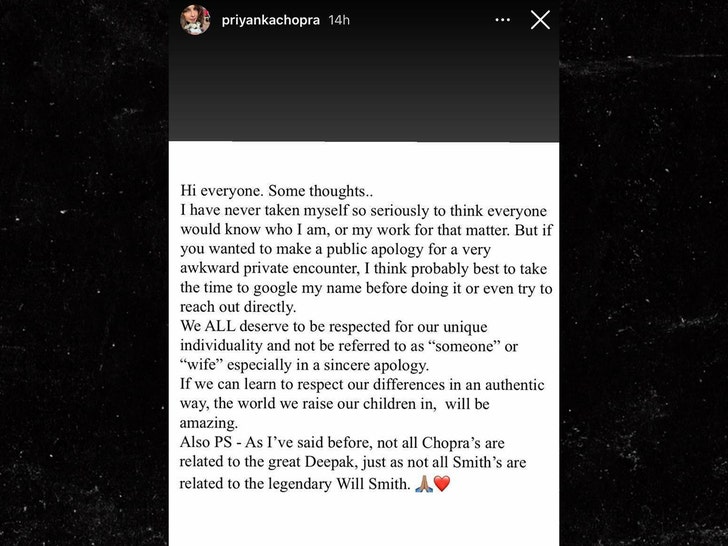 As for Rosie never even saying her name, she says … “We ALL deserve to be respected for our unique individuality and not be referred to as ‘someone’ or ‘wife’ especially in a sincere apology.” Burn.

Maybe the best suggestion Priyanka makes to Rosie was to simply “reach out directly” … instead of doing it on social media. That’s a novel idea.