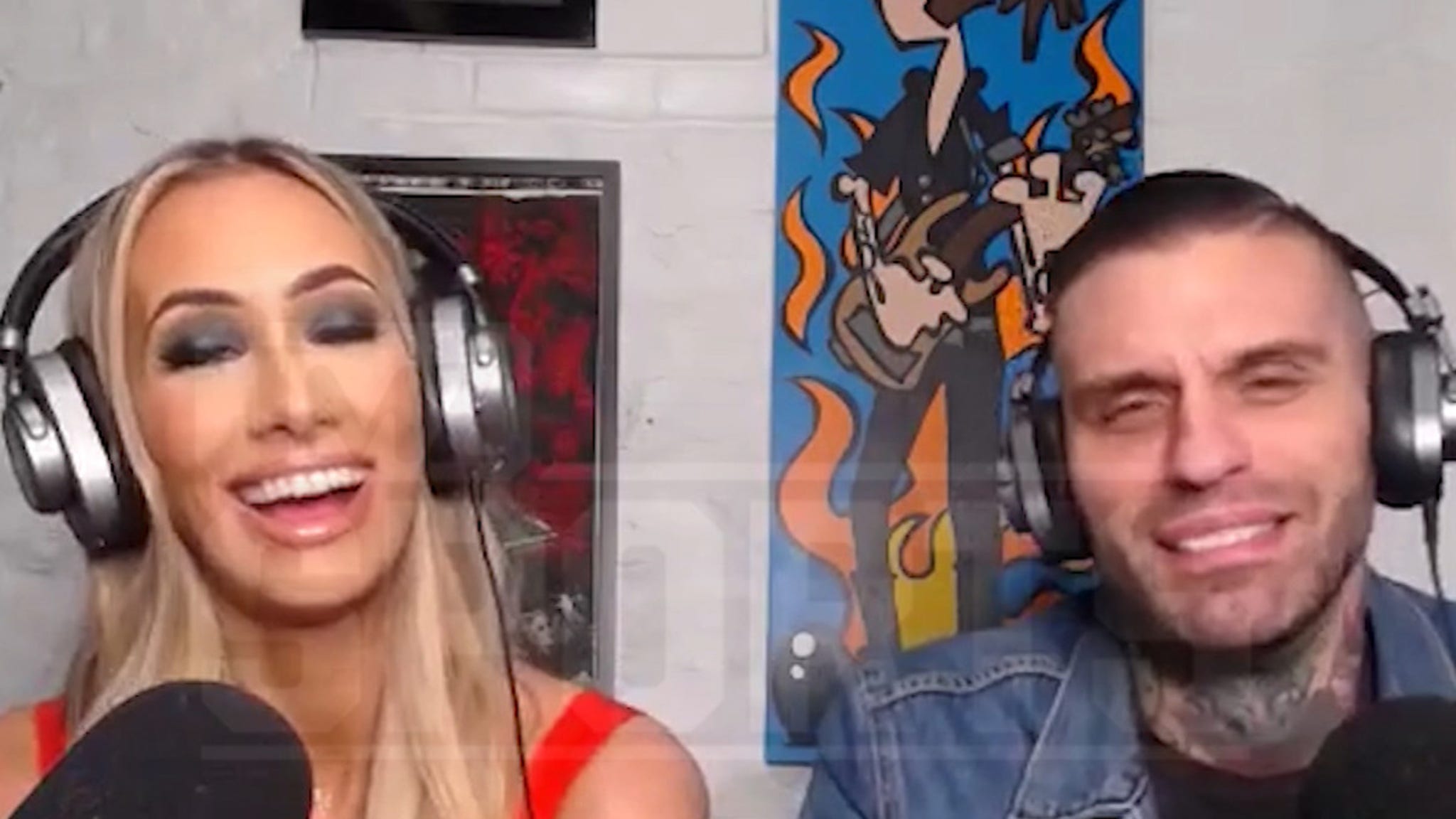 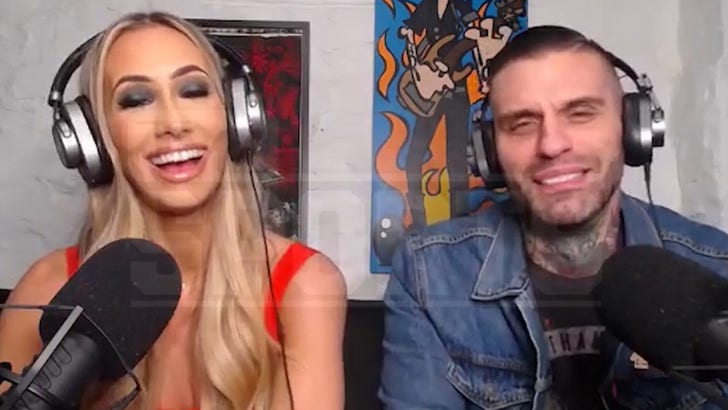 8 years removed from official in-ring action, WWE star Corey Graves tells TMZ Sports he has officially been cleared by doctors, and is now permitted to continue kicking asses in the squared circle — but will he do it?!

We talked to Corey and WWE Superstar fiancée Carmella about everything from great news from the docs to their upcoming reality show (more on that later!).

“I went and spent some time with doctors middle of last year. I kinda got the itch. This is one of the first times I’m saying this publicly. I have been medically cleared to compete,” Corey tells us.

“It’s not an immediate goal of mine, it was just something I needed to know for my own sanity. My journey in the ring got cut short and it’s kinda eaten at me for years, always wondering what if, what if there’s a chance, what if there’s an opportunity … so I went and did the necessary steps and it turns out I’m more okay than I thought I was.”

Graves last wrestled in March 2014. Months after his final match, WWE announced the Superstar was retiring from in-ring action and moving over to the broadcast booth … after reportedly sustaining several concussions.

At the time, Corey said he was just content with working again, telling WWE.com … “These last eight months have been up and down, emotionally, but I’m really looking forward to being part of the show again.”

Speaking of shows … Corey and Carmella are starring in their very own digital reality show, and it looks awesome.

And, they say it all came to be organically … starting with a spontaneous Instagram Live sesh. Fans were into it … so they launched a podcast, “Bare With Us.” Then came the partnership with WWE … and a real deal show.

“The podcast allowed fans to see us in a different light. We wanted to shed light on normal things that couples argue over, fight over, whether it’s issues in the bedroom, chores at the house, and who’s responsible for what chores at the house. For us, we just wanted to maintain that authenticity from our podcast onto the show, and that’s what we’re doing.”

“We’re really excited for the fans to get to know us in real life, and not just these larger-than-life personalities they see on TV.”