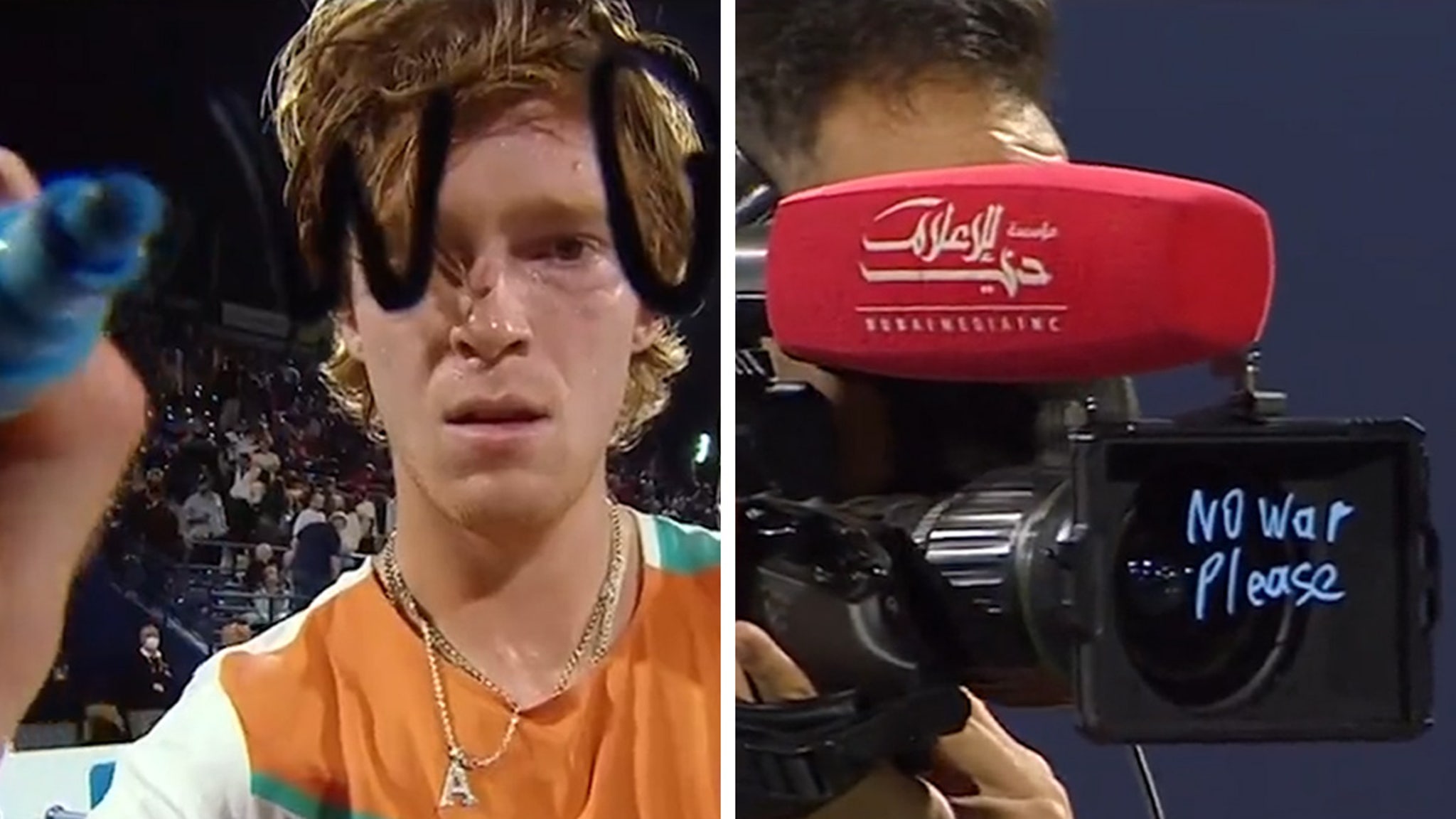 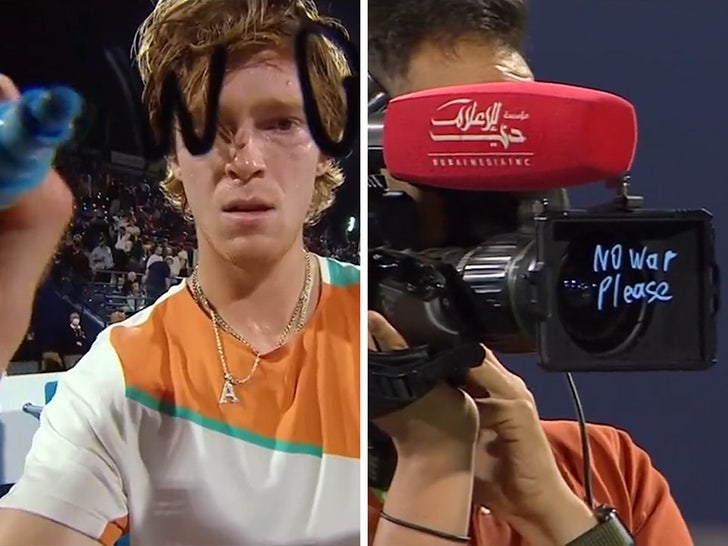 Russian tennis star Andrey Rublev had a simple, yet powerful message as his country and Ukraine collide on the world stage … writing “no war please” on a camera following his match in Dubai.

Andrey — the world’s No.7 ranked tennis player — knocked off his opponent, Hubert Hurkacz, on Friday … and then made his mark for all to see.

Rublev spoke more in-depth about the conflict after the match … saying, “You realize how important it is to have peace in the world and to respect each other no matter what, to be united.”

Russian tennis player Andrey Rublev writes “No war please” on the camera following his advancement to the final in Dubai. pic.twitter.com/GQe8d01rTd

“We should take care of our earth and of each other. This is the most important thing.”

Rublev — who’s from Russia’s capital city, Moscow — says he’s been receiving negative comments online because of the invasion in Ukraine.

Fellow tennis great Daniil Medvedev — who’s also from Russia — spoke about the importance of using his platform to promote peace.

“By being a tennis player, I want to promote peace all over the world,” Medvedev said. “It’s just not easy to hear all this news. I’m all for peace.” 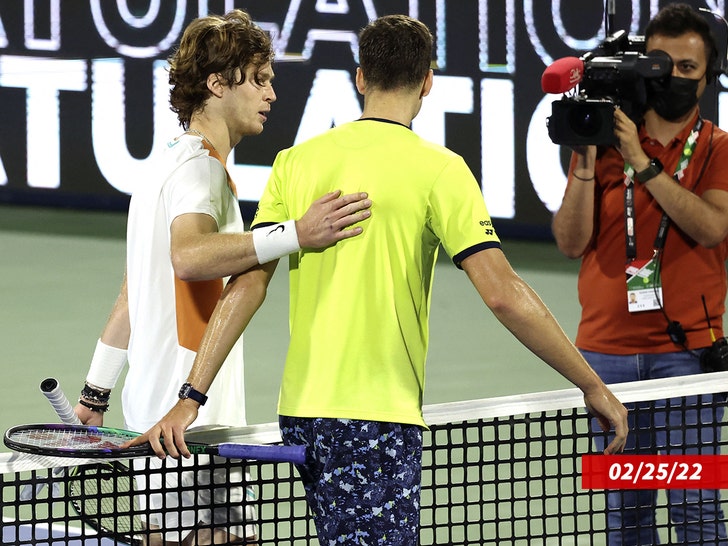 But, despite the major accomplishment, Rublev expressed certain issues transcend the realm of sports — and the situation in Ukraine is one of them.

“In these moments, you realize that my match is not important,” Andrey said. “It’s not about my match, how it affects me. What’s happening is much more terrible.”