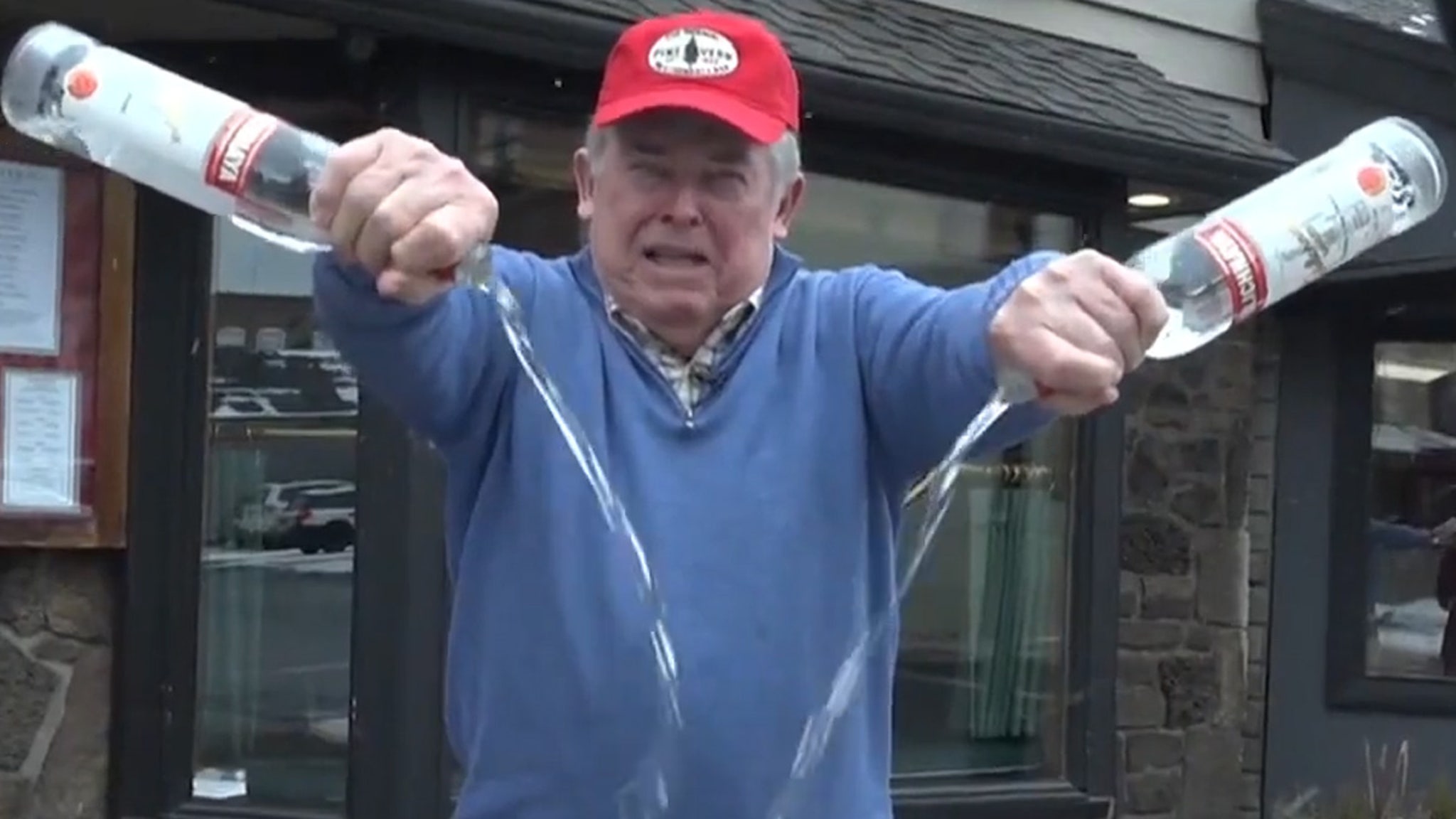 Americans and Canadians are banding together to kick a bad habit — chucking Russian vodka by the liter in protest of Putin‘s invasion of Ukraine … in hopes of sending a message.

Of course, President Biden and other world powers are already imposing sanctions against Russia as a way to deter Putin from continuing his takeover — but if that wasn’t enough … local liquor stores and restauranteurs are doing their part as well with a heavy pour.

And, we’re not talking about ones for a shot either — business owners from Oregon to Vegas and Vermont — and, perhaps, soon even in Virginia — are draining their Russian-based spirits down the sink and into the streets … just to show solidarity with Ukrainians.

Bill McCormick — who runs the Pine Tavern Restaurant in Bend, OR — did an interview with KTVZ21 to talk about why he was nixing brands like Stolichnaya and others … saying he doesn’t wanna support any facet of the Russian regime, even if it means one less drink sold.

Ditto for the guys over at the Evel Pie pizzeria in Vegas … who posted a photo of themselves emptying bottles of Russian Standard, among other brands, right onto the curb. The folks over at the Magic Mountain Ski Resort in Londonberry, VT are also following suit.

Another place that’s speaking out … Southern Spirits in Fort Mill, SC — which posted something to Facebook declaring they would be avoiding promotion of Russian products. 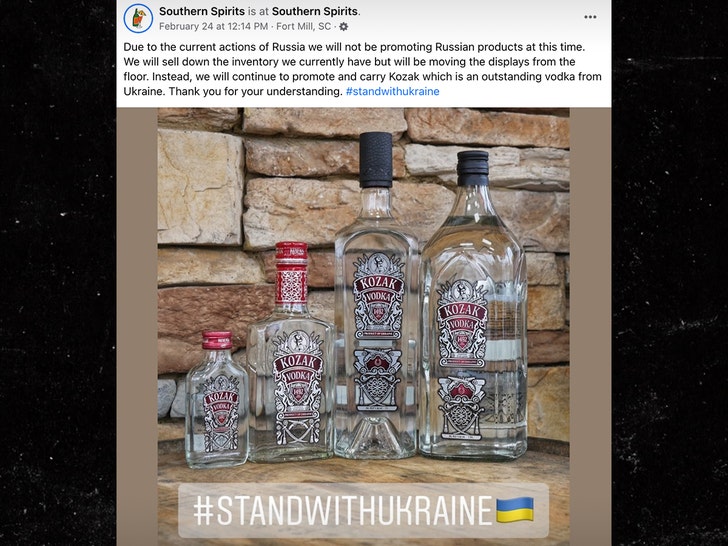 They write, “We will sell down the inventory we currently have but will be moving the displays from the floor. Instead, we will continue to promote and carry Kozak which is an outstanding vodka from Ukraine. Thank you for your understanding.”

Like we said … Canada is getting in on the boycott too, with provincial powers that handle a good majority of liquor imports and sales announcing bans in their own backyard.

📢 The Newfoundland and Labrador Liquor Corporation, along with other Liquor jurisdictions throughout Canada, has made the decision to remove products of Russian origin from its shelves. These include Russian Standard Vodka and Russian Standard Platinum Vodka.

The Newfoundland and Labrador Liquor Corporation expressed exactly that, writing … “The Newfoundland and Labrador Liquor Corporation, along with other Liquor jurisdictions throughout Canada, has made the decision to remove products of Russian origin from its shelves. These include Russian Standard Vodka and Russian Standard Platinum Vodka.”

There are Canadian officials that are joining the chorus as well, like Ontario’s Minister of Finance — Peter Bethlenfalvy — stating his support of bans in the area of Russian vodka.

Ontario joins Canada’s allies in condemning the Russian government’s act of aggression against the Ukrainian people, and will direct the LCBO to withdraw all products produced in Russia from store shelves.
#StandwithUkraine

Maybe this will have an impact after all … lord knows Russia loves drinking (and selling) their famed potato drink, but what happens when no one wants it??? Time will tell, we’re sure.