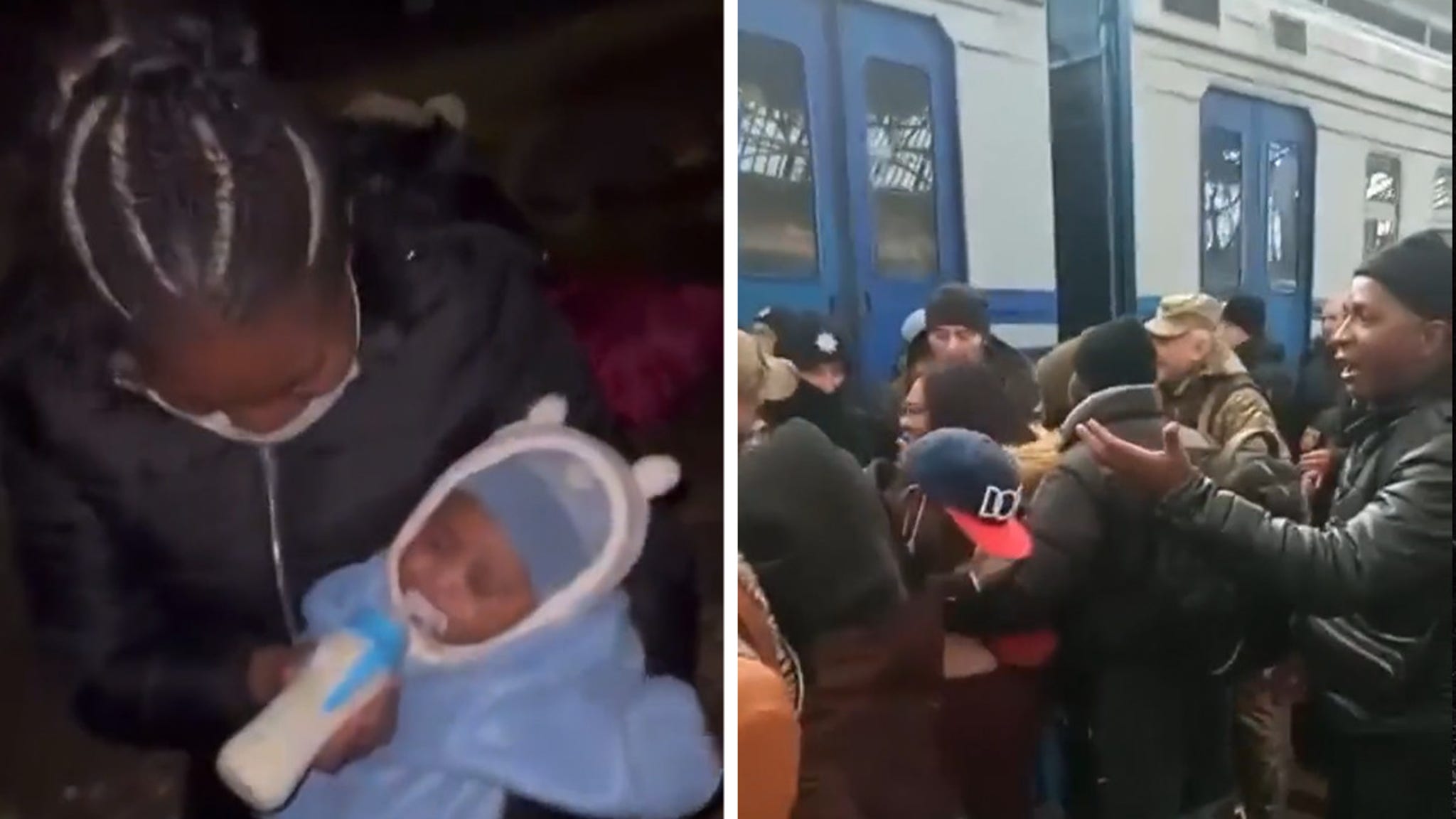 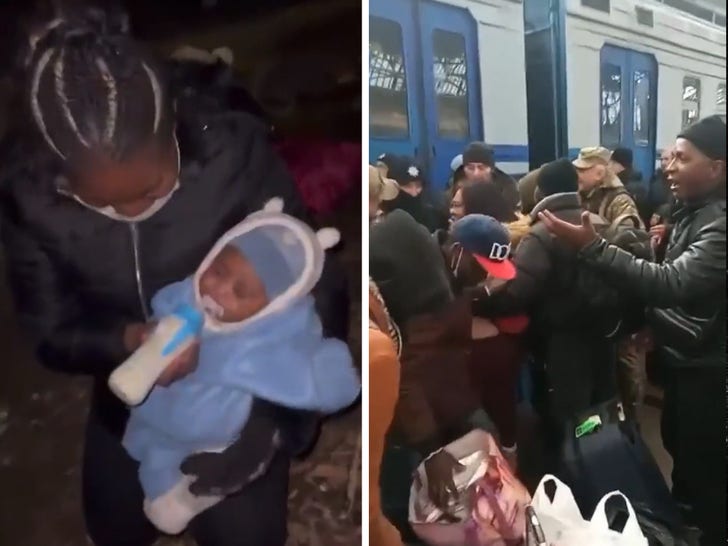 As millions of people attempt to leave Ukraine and seek refuge in neighboring countries, a disturbing trend has surfaced … namely, Africans, allegedly, being discriminated against.

Several videos and accounts have emerged over the past 24 hours or so from Africans and other POC, who claim they are not being allowed to board certain trains and other modes of transportation to flee Ukraine — and they think it’s because of the color of their skin.

The official visuals of Ukrainians blocking Africans from getting on trains. #AfricansinUkraine pic.twitter.com/hJYpM3LY0A

This mostly appears to be happening at the Ukrainian-Polish border in the northwest region, where many allege that border agents and local police are literally letting white Ukrainians hop on in … while refusing access — or at the very least, limiting access — to Black people.

Multiple clips appear to show scores of African migrants and/or expatriates being left behind at train stations — and not just that, but actually being pushed back as they try to enter.

SHOCKING: Footage emerging on social media of black Africans not being allowed to cross the border out of Ukraine. Only Ukrainians are allowed. Hundreds of Africans stranded. #russiaukrainewar #ukrainerussiawar #Kiev #Kyiv pic.twitter.com/zmEKcoiR0F pic.twitter.com/WhimsLkA30

One clip shows a group of Africans who appear to have weapons drawn on them, and they shout that they’re unarmed students … tensions escalating quickly. It’s unclear who exactly may be deciding who’s able to book it out of there first and how — but the feeling among those on standby (in some cases for days, it seems) is that they’re a second-rate class.

As you can imagine, this is creating resentment and frustration — especially for those who see this from afar and can’t help but wonder … how can racism persist in a time of war???

Watch how they are threatening to shoot us!

We are currently at the Ukraine -Poland border.
Their Police and Army refused to let Africans cross they only allow Ukrainian.
Some have slept here for 2 days under this scorching cold weather, while many have gone back to Lviv. pic.twitter.com/47YG4gxFC4

It’s a fair question … especially if what looks to be happening here is, in fact, going down as described. There isn’t much context in a lot of the videos beyond what’s being claimed by the person on camera and/or the person posting it. Still … it looks damning on the face of things.

Many users — African-American and otherwise — are sounding off online … noting that even when Black people show solidarity against a nation in crisis — those on the ground still might have to go above and beyond for a shred of dignity or mere safety, while others are being afforded exactly that without a blink of the eye. That’s the consensus, anyway.

Look at how Ukrainian forces are pushing aside the black girl while they allow a white girl. F*ck you Ukraine. #racism #AfricansinUkraine #RacistEU pic.twitter.com/QLNZyM2smX

As we’ve told you … Russia continues to invade Ukraine, and the military there is trying its best to defend itself — while Western allies keep putting the financial squeeze on Putin and his people.

We’ve heard countless stories of bordering countries and their residents receiving Ukrainian refugees with open arms — it’s a shame that might not be happening everywhere.