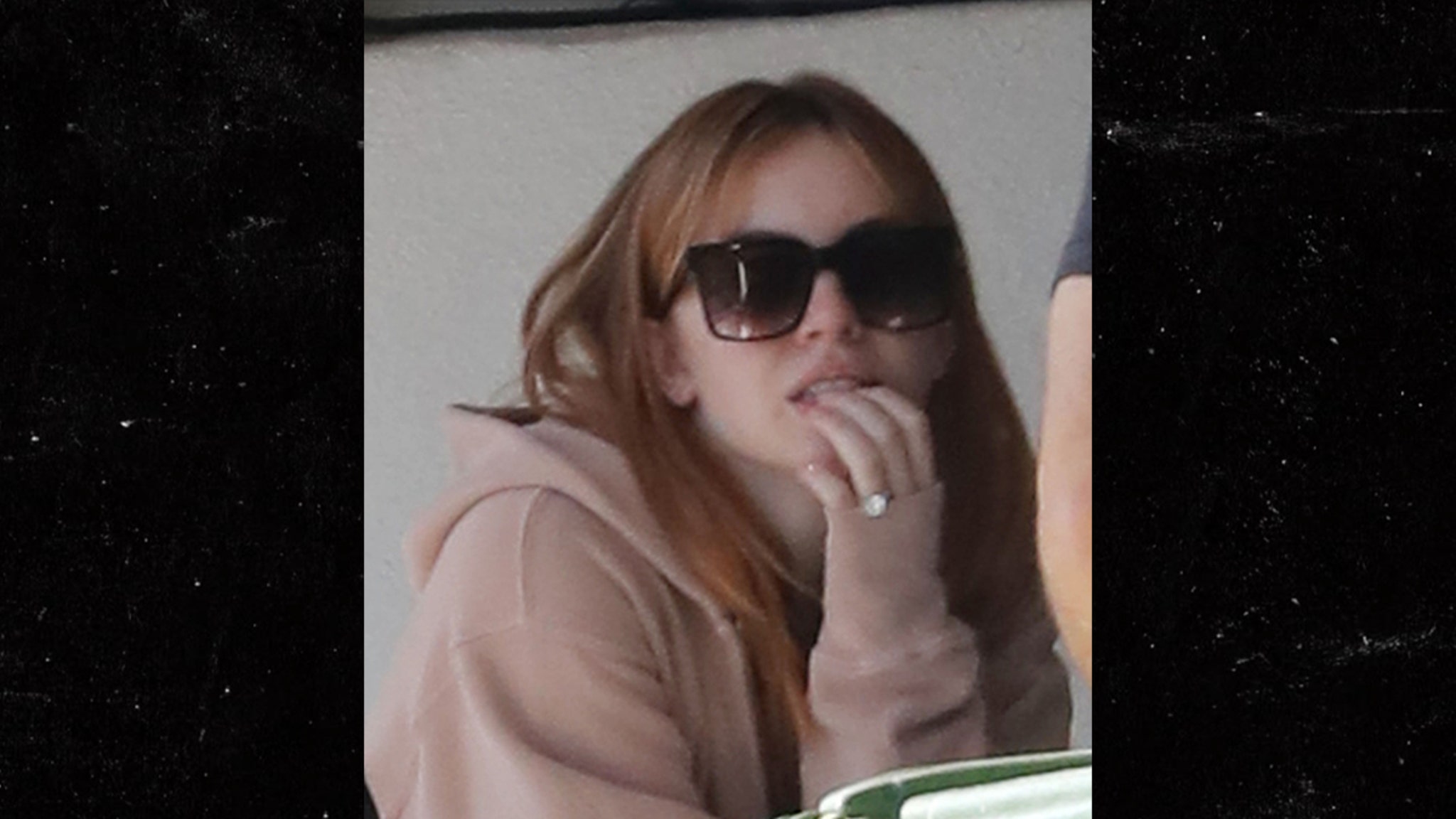 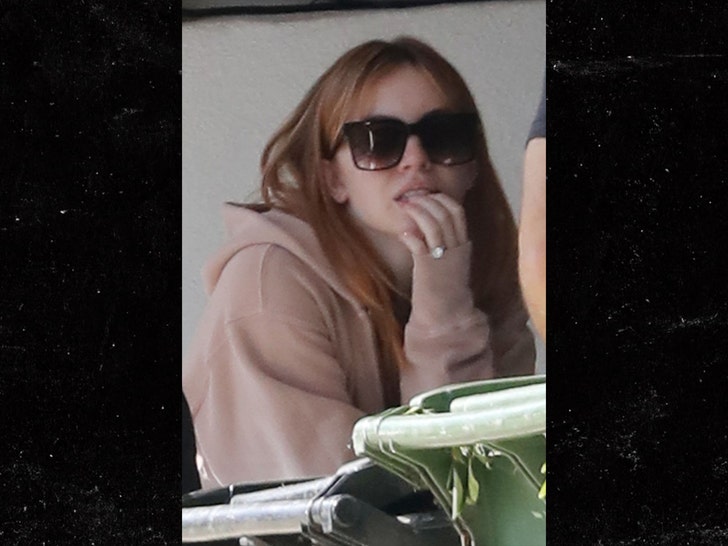 ‘Euphoria’ star Sydney Sweeney looks like she’s taken … wearing a huge rock on her ring finger, in what can only be assumed to be an engagement ring.

It’s hard to miss the flashy diamond ring Sydney’s rocking on THAT finger … check out the pics of Sydney chatting up a friend Monday in Los Angeles, the new bling really stands out. 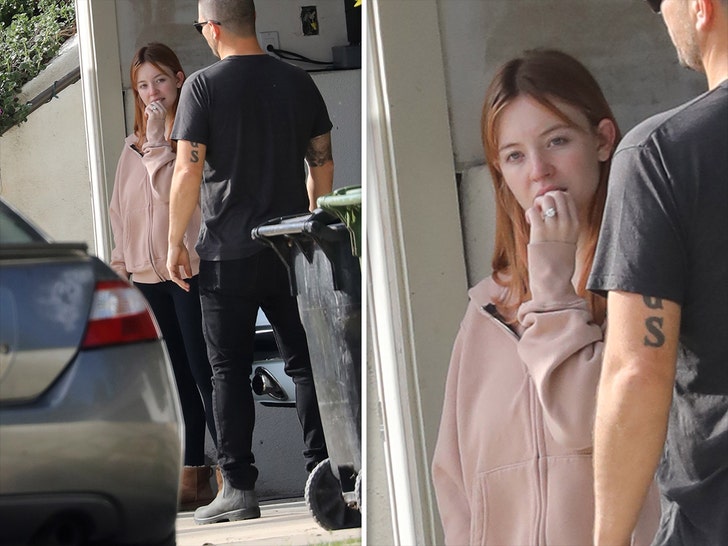 Sydney’s not only debuting a new ring … but also some red hair. So, two really big life changes here. 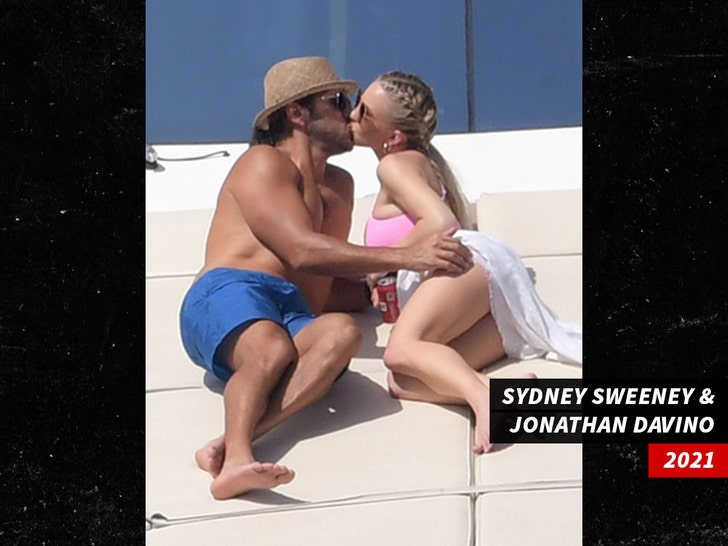 The couple reportedly started dating back in 2018 — though Sydney’s never confirmed their relationship — but they’ve been linked and were even photographed together last summer smooching on a yacht. 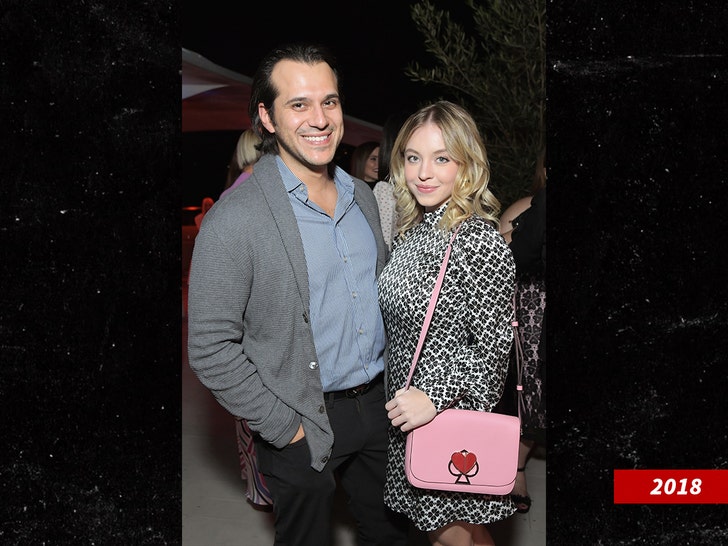 Sydney, who stars as Cassie on HBO’s “Euphoria” and Olivia on “The White Lotus”
is 24 years old … Jonathan is reportedly 37.

This would be her first marriage.