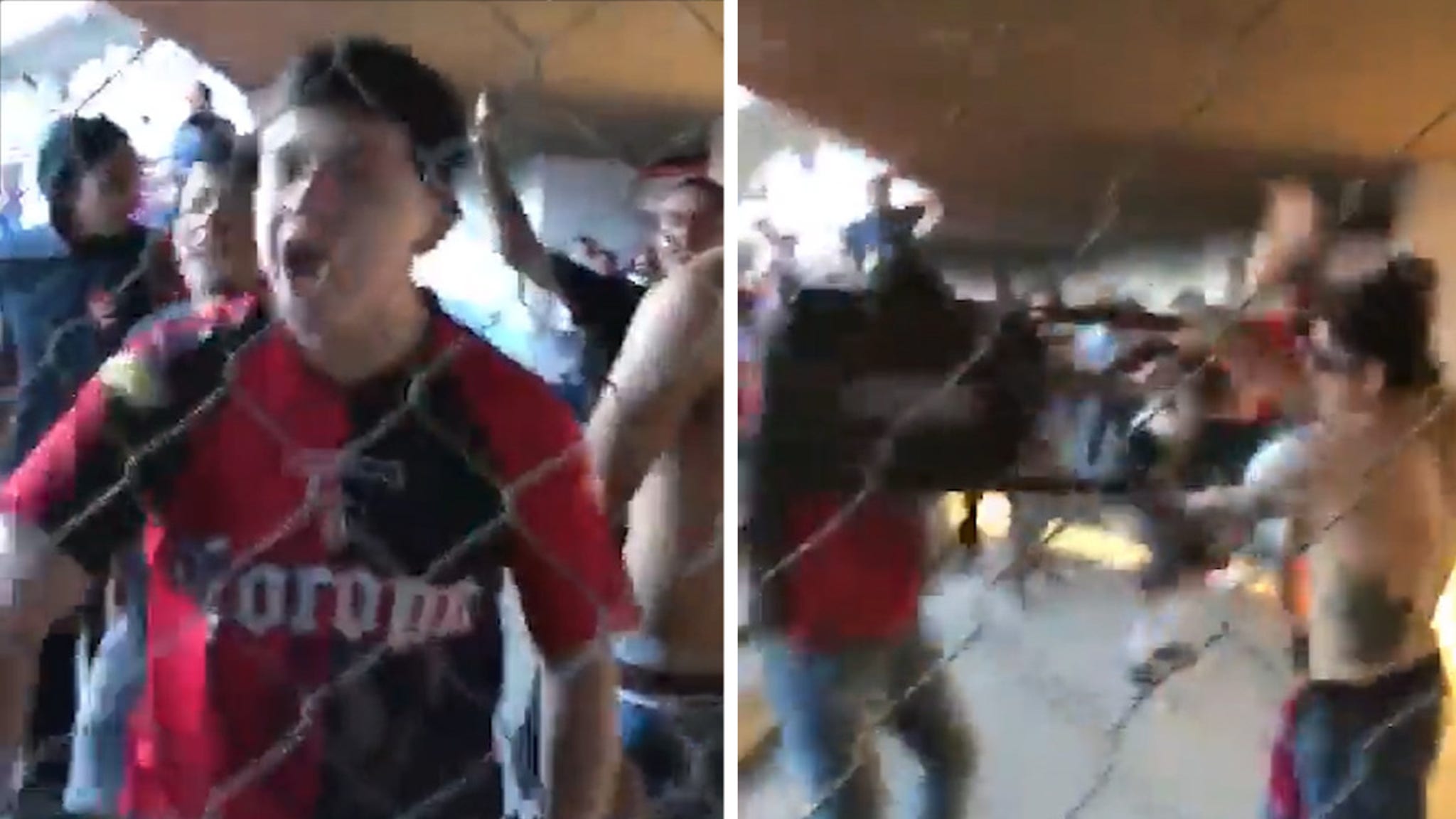 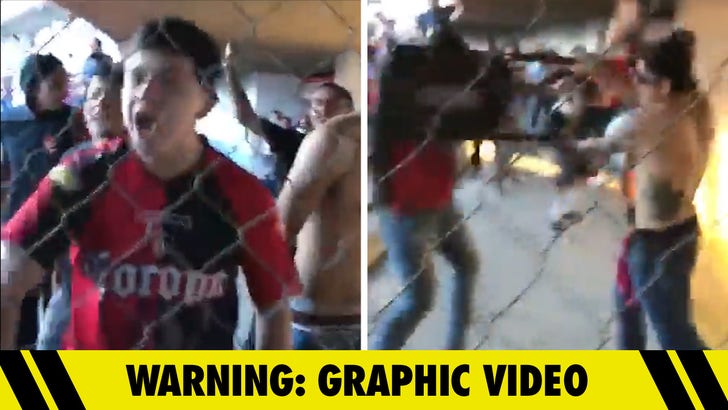 A soccer match in Mexico this weekend got out of hand among fans — to the point that their respective pummeling left many looking like they were on the verge of death.

This happened Saturday in central Mexico, between Queretaro (the hosts) and Atlas from Guadalajara … the latter squad rocking red/black jerseys. During the 62nd minute in the game, several fights broke out in the stands, which then poured into the actual field itself … forcing the refs to suspend the match and sending stadium staff scrambling for help.

Several videos have emerged showing the brutality that was occurring — many of which are too graphic to post here. Let’s just say … a lot of these folks took things way too far.

There are clips showing multiple groups of guys ganging up on one or more individuals, and pounding them into oblivion with punches, kicks and strikes with objects like chairs and poles. A lot of the victims were entirely stripped of their clothes too, lying unconscious. And some were even robbed, with pickpocketers diving in to remove their belongings. 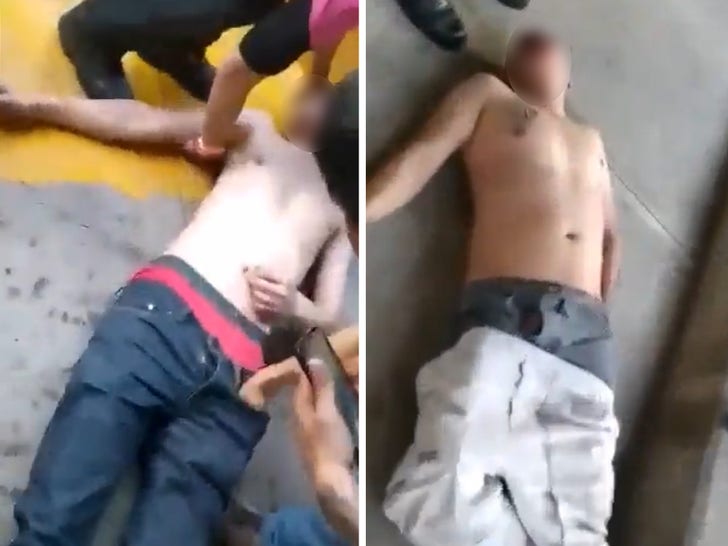 Many of these people were actually presumed dead — understandably, especially when you see some of this stuff — and unconfirmed reports out of Mexico stoked that even more … claiming several fatalities emerged from the brawl.

However, the official line from the governor of Queretaro is that nobody died from this … but that upwards of 26 people were hospitalized, including a handful that are in critical condition. 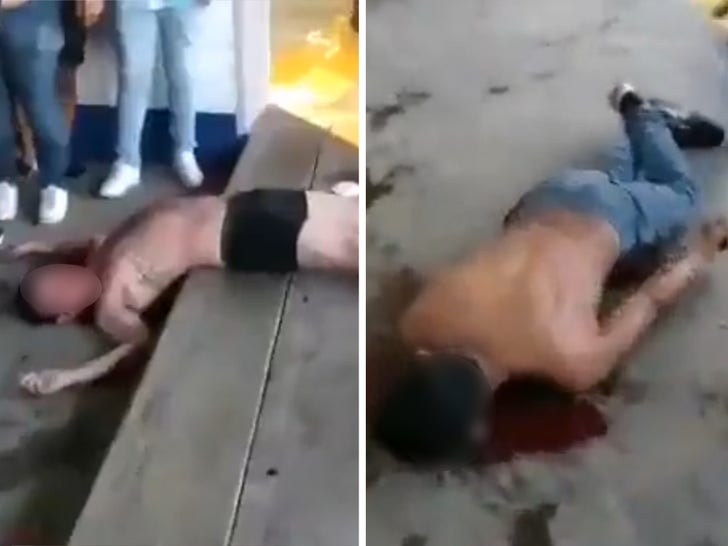 As you can imagine, there were families with children there who were running/hiding for their lives … and there are even some eyewitness accounts saying parents had to remove their kids’ jerseys out of fear of a rival fan trying to attack them.

The league these two teams belong to, Liga MX, halted the rest of the games for the weekend and condemned the violence … saying they were launching a full investigation and would commit to holding those parties responsible — including venue honchos themselves.

Helpless Father try to safe his Children 😭
Family flees the field after violence in the Querétaro stadium. The football match between #Queretaro and #Atlas was suspended ⚽️.#Mexico #Violence #Mexican #Football #queretarovsatlas #Violencia pic.twitter.com/7TE7Ftcuix

There’s a lot of finger-pointing going on — between security (or a lack thereof) but mostly at the brawlers themselves … who apparently let a rivalry blow up into a life or death situation.

Some are going so far as to call on FIFA to strip Mexico of its hosting title in 2026 … citing the toxic fandom that exists and using this as an example of why it just might not be safe for visiting teams, spectators, etc. One thing is for certain … this league, at the very least, has got to get its house in order, because this is absolutely unacceptable.