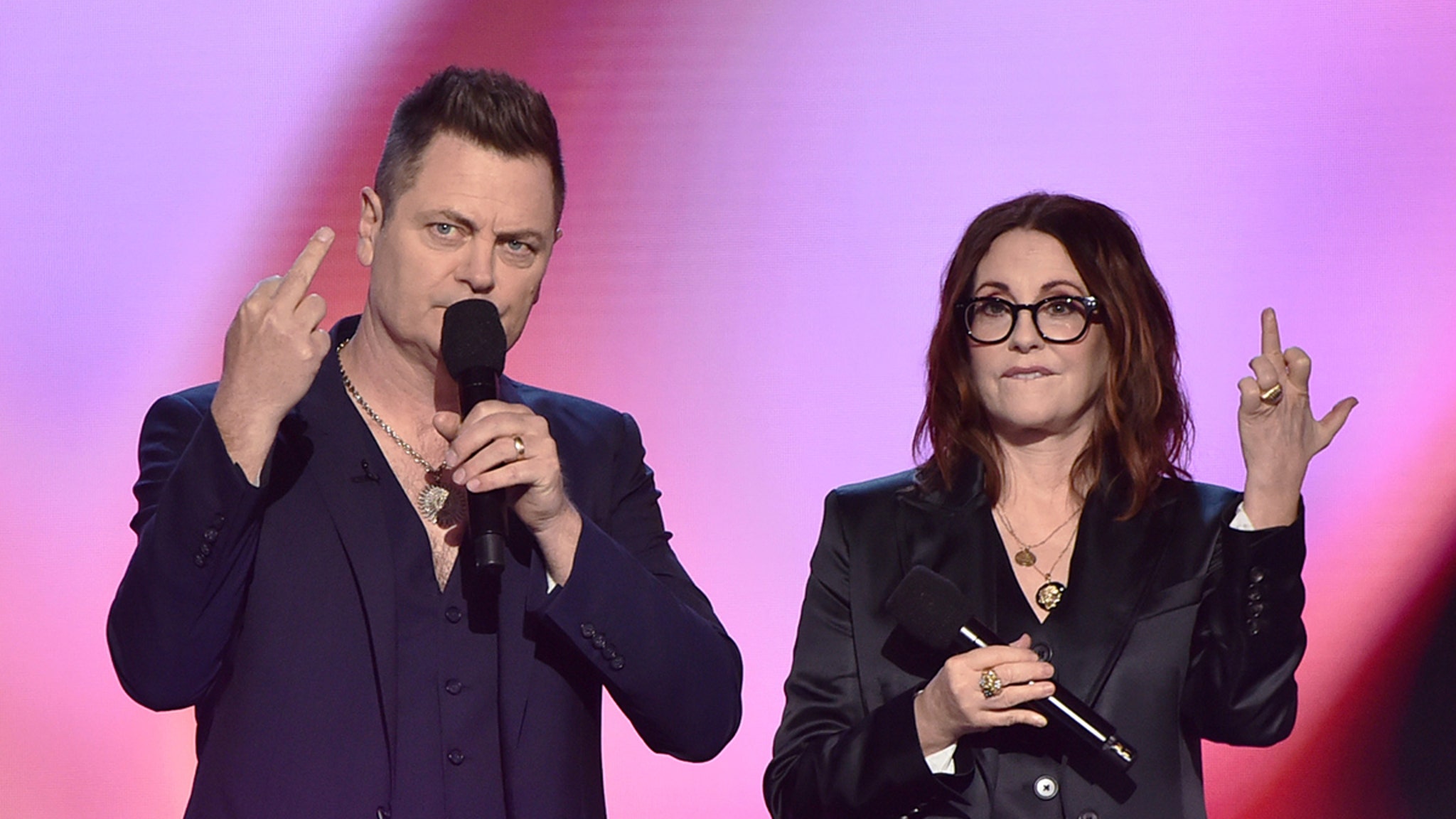 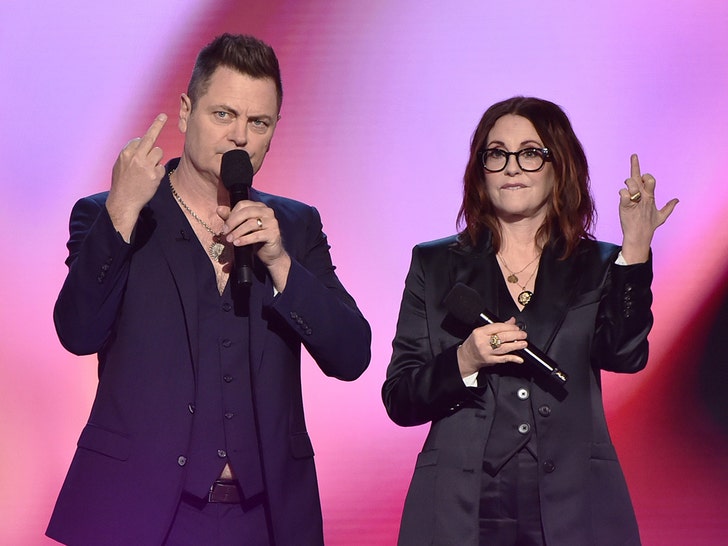 Nick Offerman and Megan Mullally made sure to get a dig in against Vladimir Putin during the Spirit Awards this weekend — using not just their words … but their digits too.

The husband and wife duo are cohosting Sunday’s award show, and toward the top of the show … they sent out a message of solidarity, sending everyone there on the ground their best wishes.

Mullaly then added, “I think we speak for everyone here when we say we are hoping for a quick and peaceful resolution. Specifically, f*** off and go home Putin.”

NO followed up by saying, “We hope Putin f**** off and goes home and to that end let’s all join together with a Spirit Awards salute to Putin” — and then threw up his middle finger to the camera … with MM following suit.

It looks like some audience members did the same, including Kristen Stewart … who was caught on camera doing the same when the shot cut to her in her seat.

Unfortunately, a video clip of the awesome moment doesn’t seem to exist online — IFC is carrying the broadcast, and they didn’t post it as a standalone segment. Still, it’s encouraging to see Hollywood has Ukraine at their forefront of their minds as awards season carries on.

The Oscars are in a few weeks, and you can bet it’ll be addressed there too.