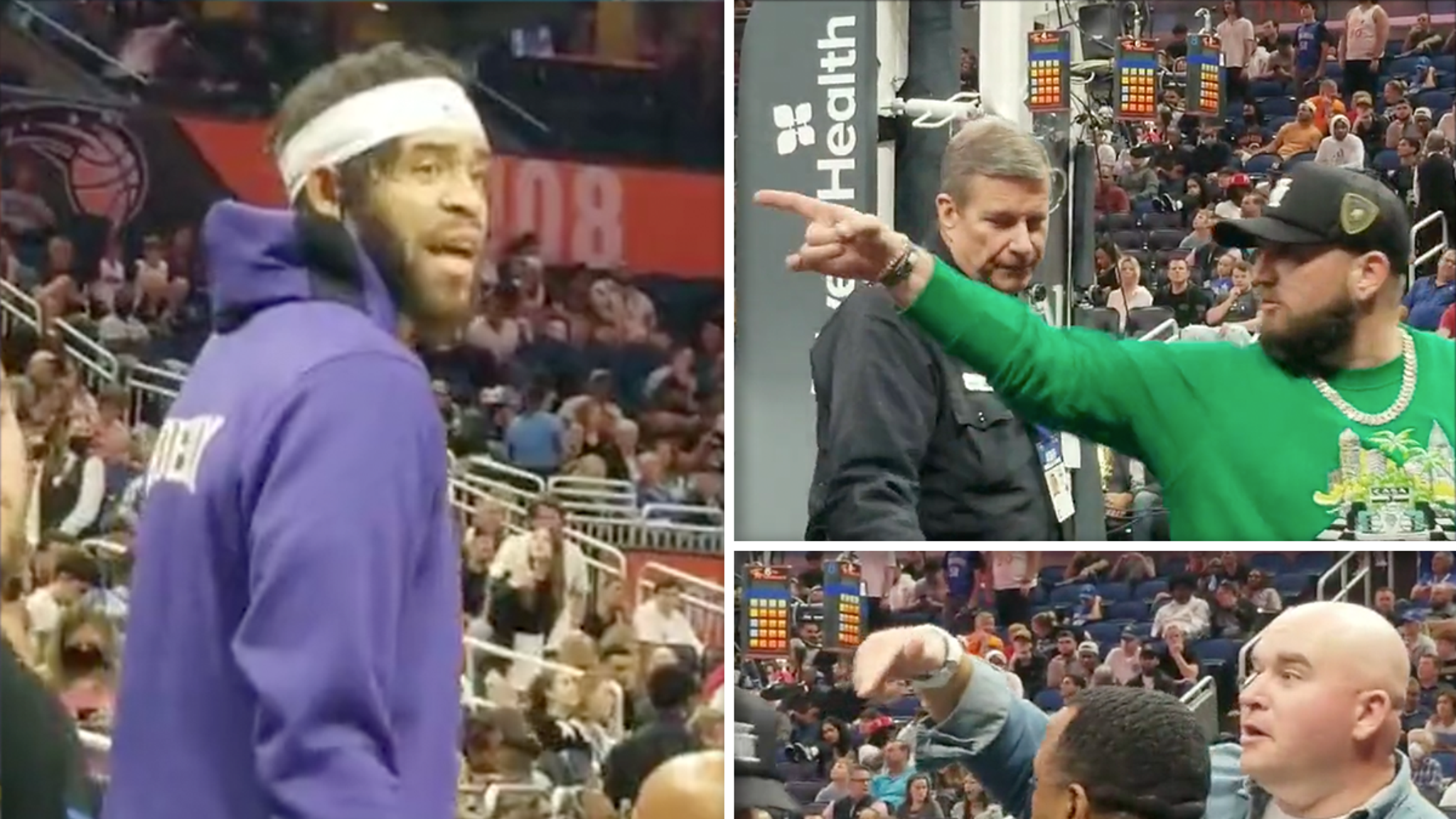 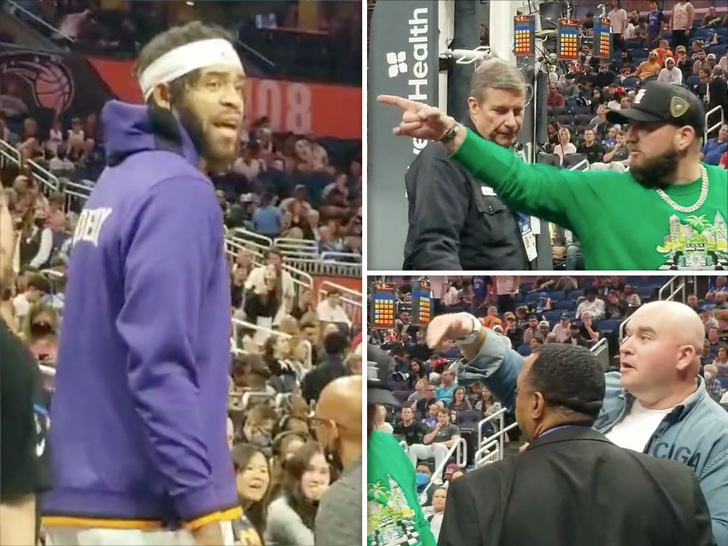 In the latest edition of NBA Players vs. Fans — JaVale McGee got in a heated back-and-forth with a spectator in Orlando on Tuesday night … after the guy unleashed a series of F-bombs and called him a “bitch.”

The man — we’re assuming he’s not a Suns fan — was sitting close to the Phoenix bench as he started jawing at McGee.

In the clip, you can see Suns center Bismack Biyombo motioning to have the guy thrown out of the arena … and it’s because he seemingly continuously yelled “f*** you” at McGee during a timeout.

If you listen closely, it appears another fan says, “Way to go, JaVale, you f***ing bitch,” in the background of the video.

JaVale McGee and a fan got into it.

Building staff eventually made its way over to the guy who got into it with McGee … and let him know he had to leave the game — which pissed him off even more.

Another fan appears to ask, “Aye, JaVale, you called me a p***y?” in the video as well … although it’s unclear if the two men were together or if it was a completely different interaction. 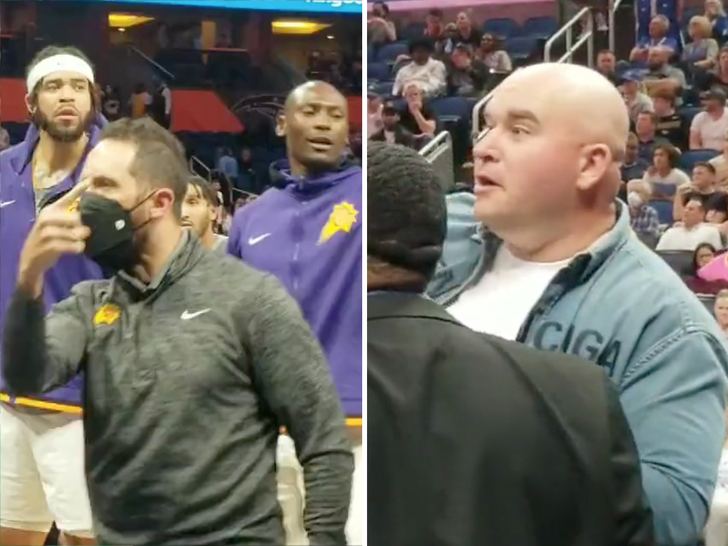 Of course, McGee isn’t the only hooper to get a fan kicked out of a game this season –Lakers stars LeBron James and Carmelo Anthony also had fans booted for taking it too far.