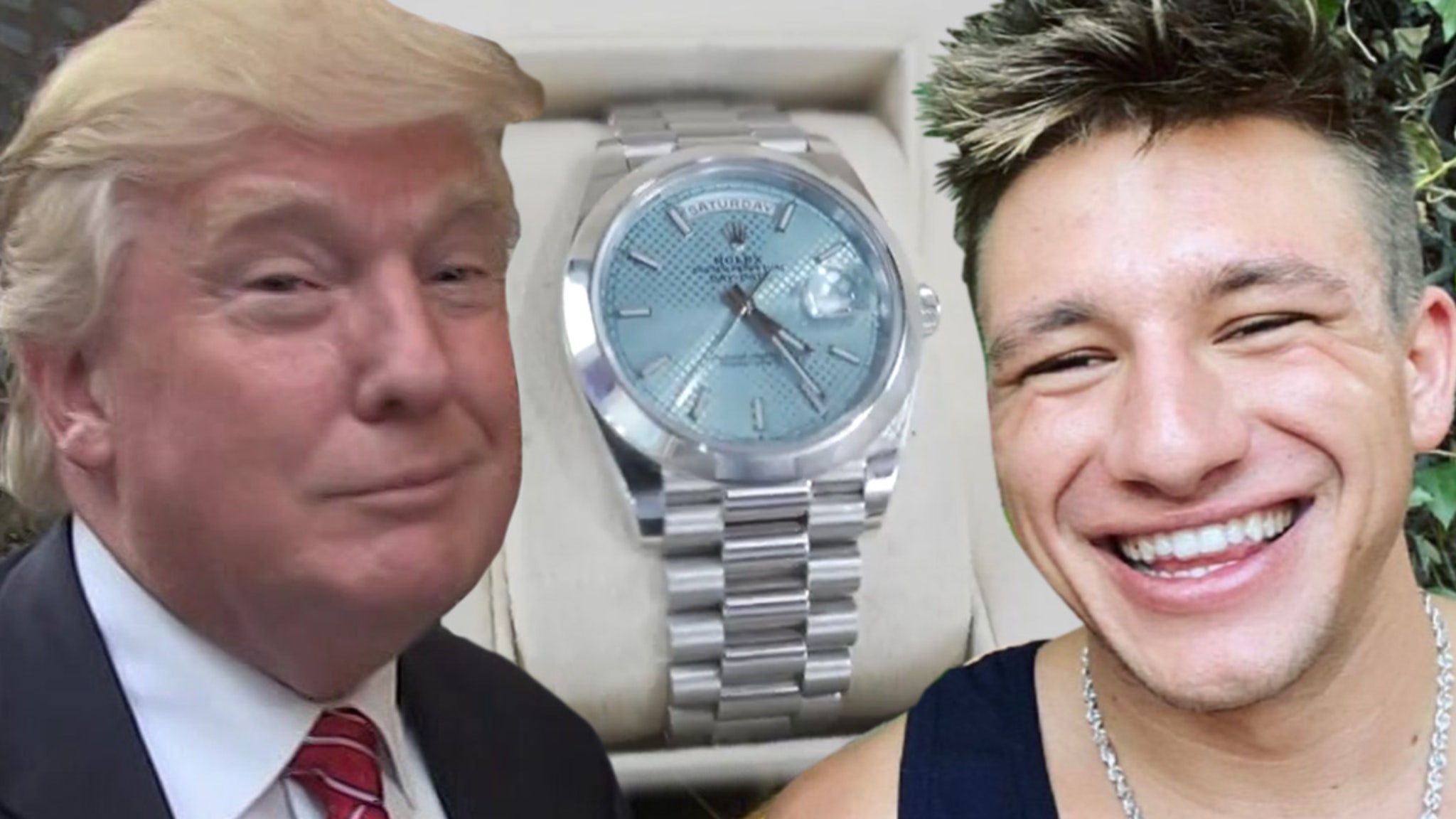 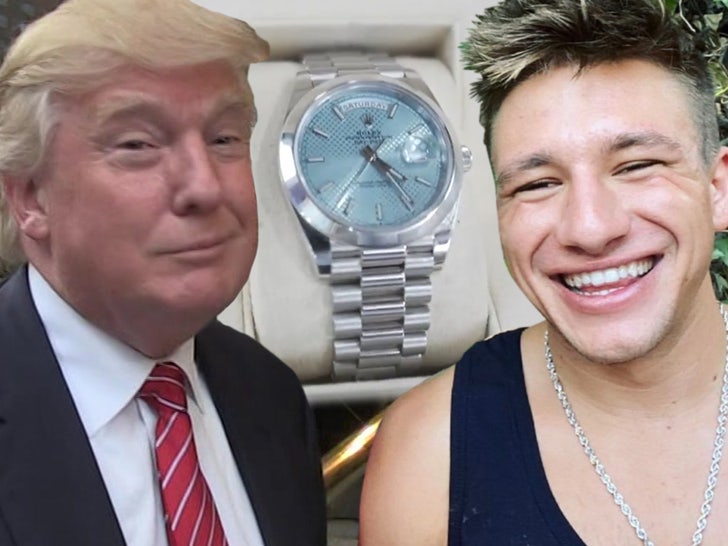 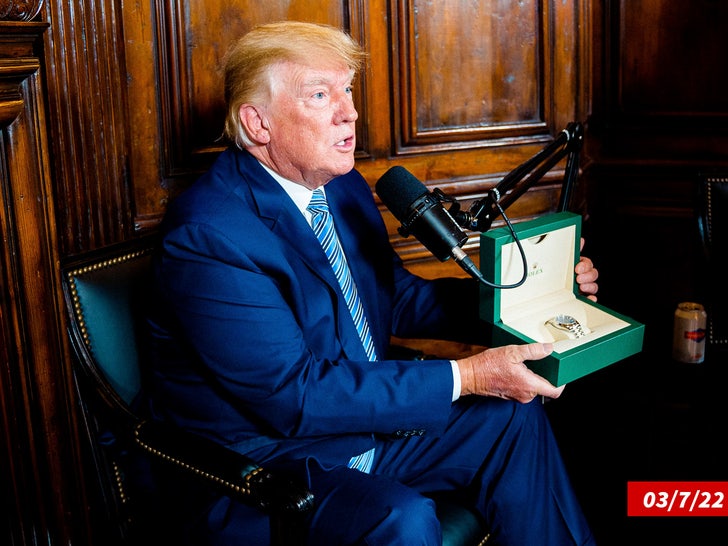 Platinum Day-Dates are known to be among the most expensive Rollies on the market — more valuable than gold models — and we’re told Trump’s has the classic Rolex ice blue face.

Trump was the latest guest on the Nelk Boys podcast, “Full Send Podcast,” which is hosted by Steve, Kyle Forgeard, Bob Menery and Salim The Dream. Steve told the former President he’d made a staggering $500k selling T-shirts with both of their faces. 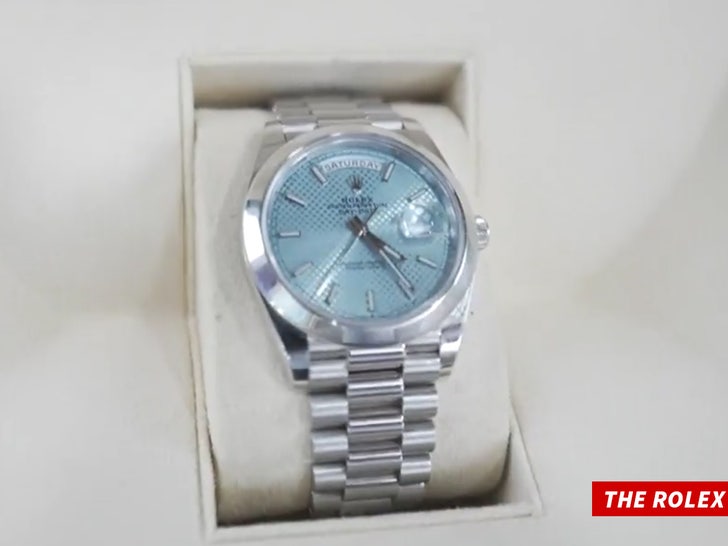 Steve told Trump he wasn’t sure how to repay him — after all, his face took up half the tees — so, he splurged on the bling’d out timepiece.

Trump’s episode of ‘Full Send’ premiered Wednesday and racked up 5 million views before YouTube took it down.

Not shockingly, Trump raised the ol’ stolen election allegations again, which violated YouTube’s terms of use. The audio version is still available on most podcast streaming services.