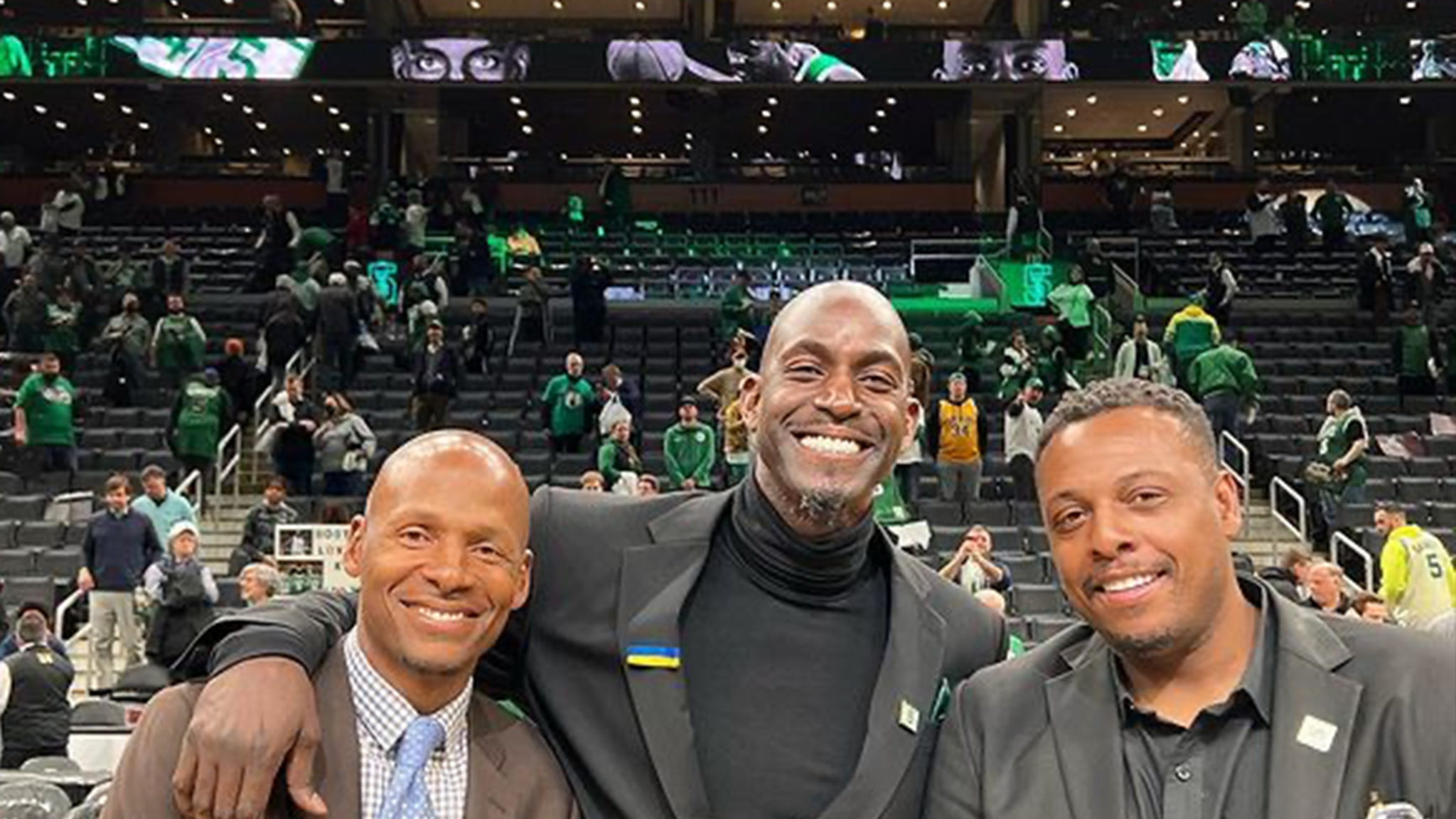 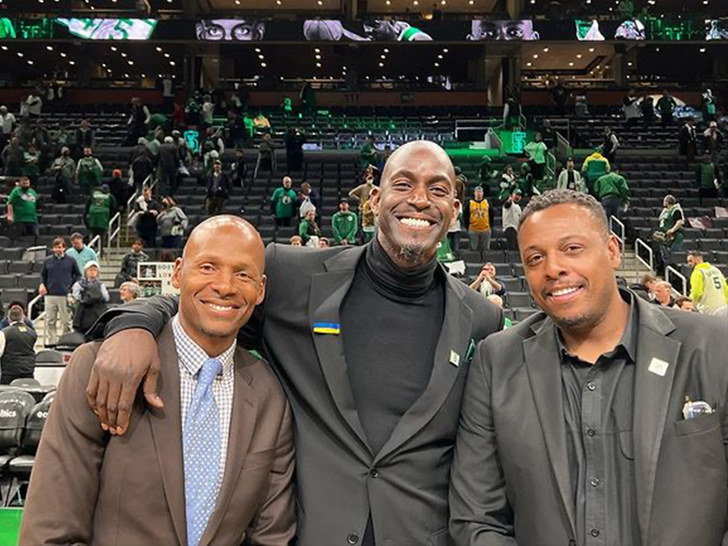 One of the biggest beefs in NBA history has officially been squashed — Kevin Garnett extended an olive branch to Ray Allen at his jersey retirement ceremony on Sunday … and it was beautiful.

Of course, there was bad blood between the two Celtics champions ever since Allen left Boston to join the Miami Heat in 2012 … breaking up the big three of KG, Allen and Paul Pierce after one title.

Tensions still appeared be high between KG and Allen during this past All-Star Weekend … when Garnett hit his ex-teammate with a piercing stare during the 75th anniversary team ceremony.

But, all the hatred is a thing of the past — as Allen was in attendance at KG’s retirement ceremony … with the two embracing at center court in the middle of the Big Ticket’s speech. 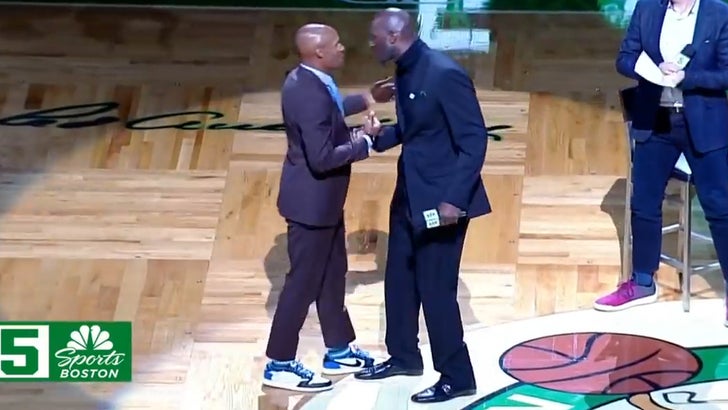 Allen then approached KG and gave him a hug … with Pierce joining in for the touching moment.

KG says Allen should be the next Celtic to have his number in the rafters … making him the final member of the big three to receive the honor.

Safe to say this feud is officially over.