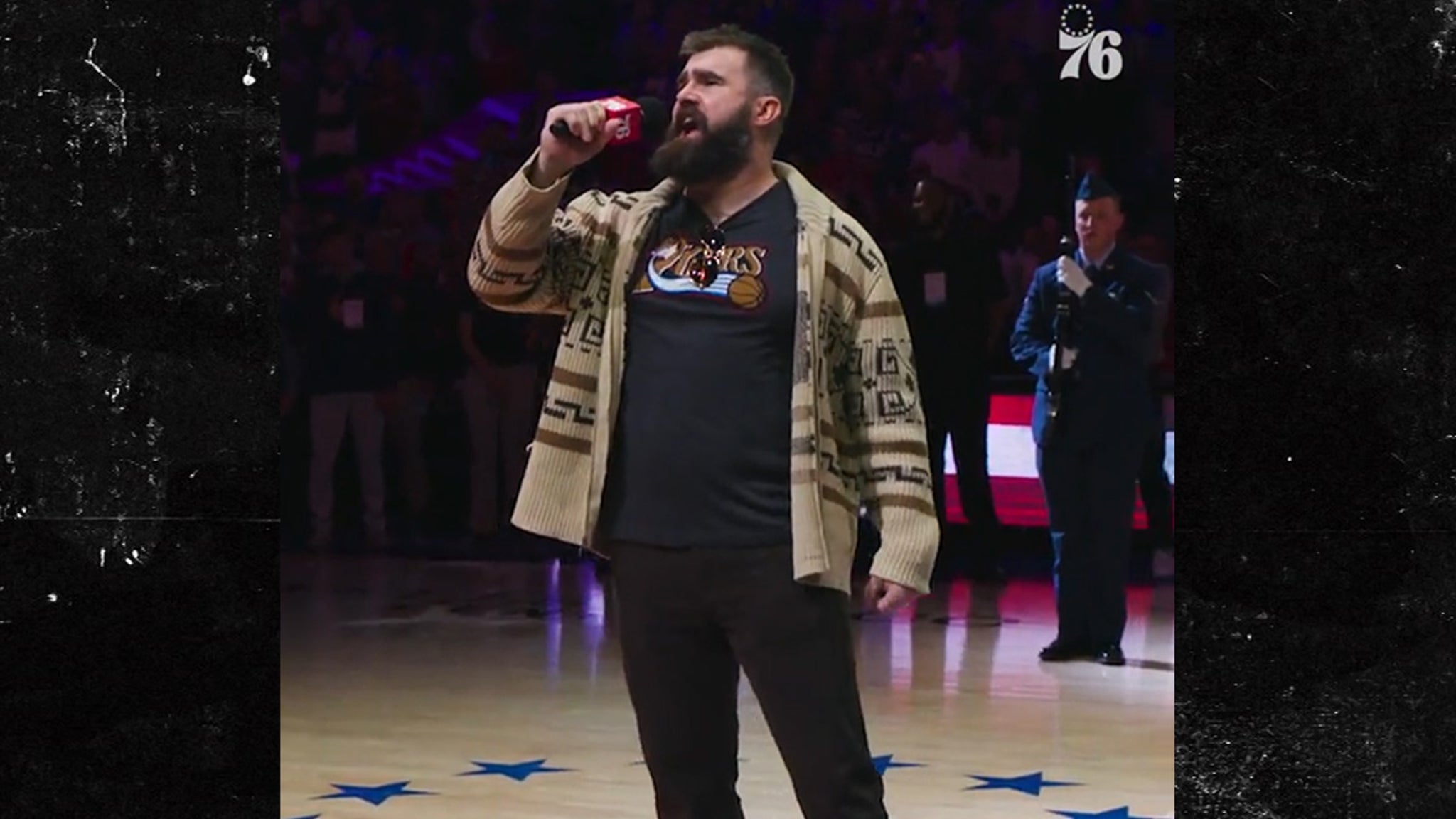 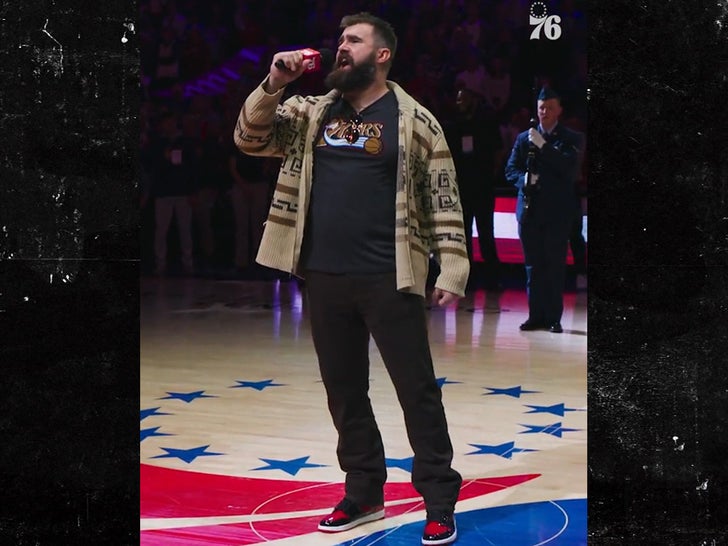 Jason Kelce is apparently a man of many talents … it turns out, the Philadelphia Eagles offensive lineman can both bench press defensive linemen AND sing!!!

The NFL star showed off his huge pipes on Monday night — belting out the national anthem before the 76ers’ game against the Nuggets … and dude did a great job!!

Kelce stood at center court for the song, rocking a Sixers shirt, and serenaded a capacity crowd with his rendition of the “The Star-Spangled Banner.”

The fans in the crowd loved it, cheering on every note — and check out the video, Kelce sure seemed to feel like he crushed the performance.

As for why the Eagles Pro Bowler was tapped to be the guest singer for the game, it’s all because of charity.

Kelce agreed to perform at the Wells Fargo Center if his former teammate, Connor Barwin, raised $100,000 or more for his Make The World Better Foundation by the end of 2021, and once he did, it was singing time for JK.

Kelce clearly took it all seriously … though his singing didn’t provide quite enough good luck for the Sixers, who ended up losing 114-110 to Denver.