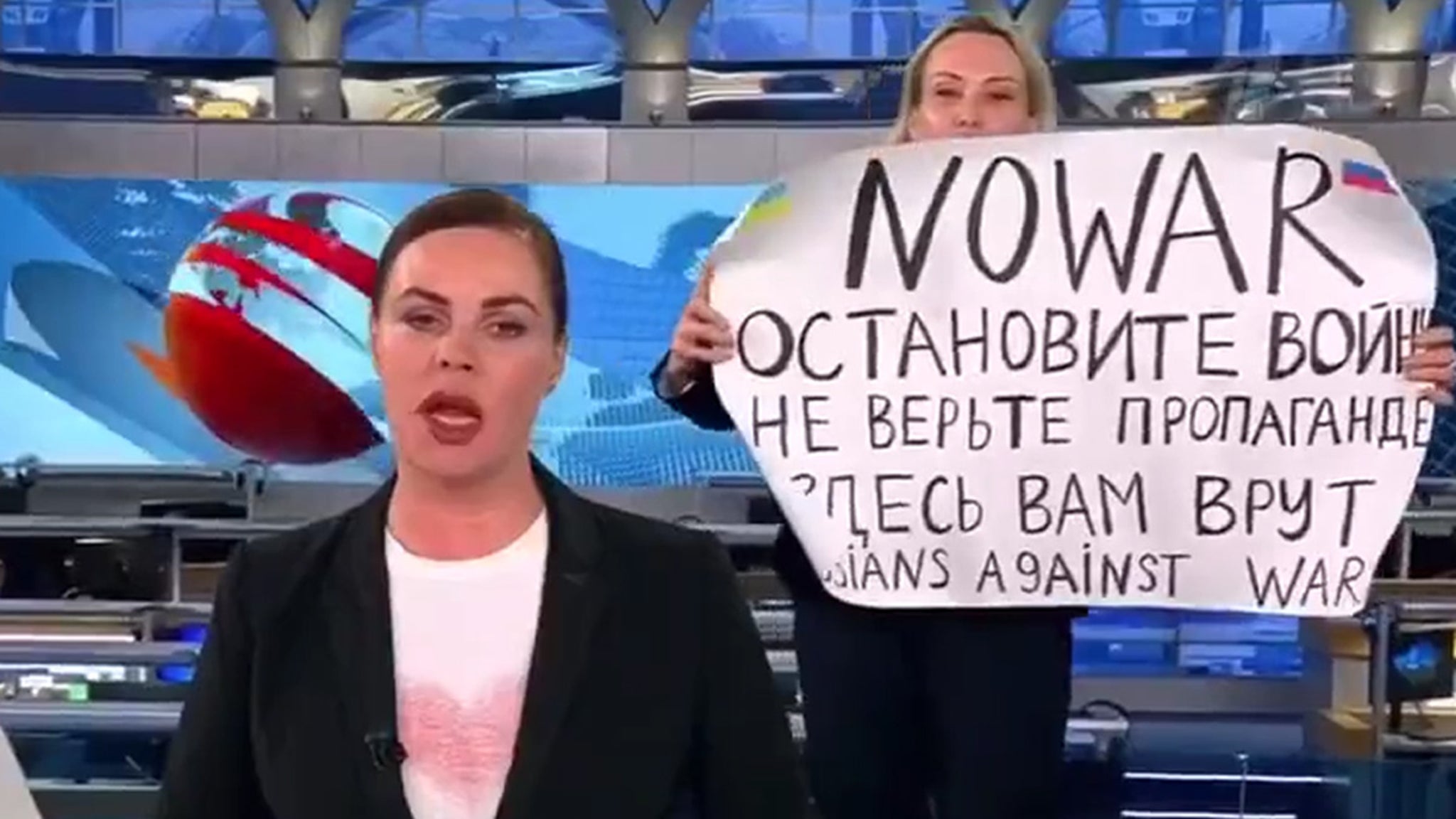 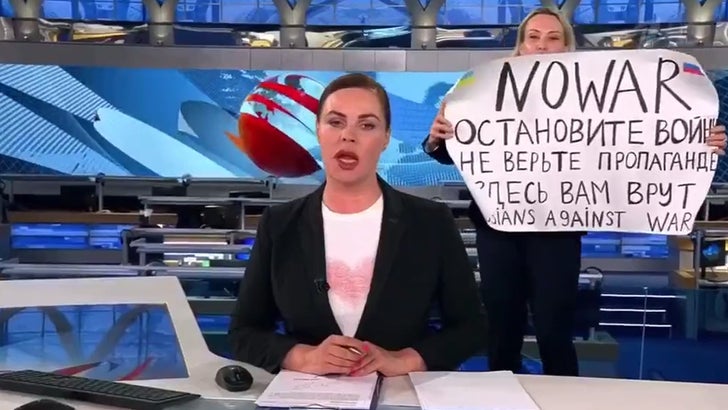 A Russian TV producer who barged in on a live, state-run newscast with an anti-war protest is now MIA.

Human rights group OVD-Info — which tracks Russian protests and detainments — has been unable to locate Marina Ovsyannikova … the TV editor who ran on set in the middle of a telecast with a “No War” sign.

During Monday’s 9 PM news show on Russia’s flagship network, which cranks out pro-Putin propaganda, Ovsyannikova ran behind the anchor who was in the middle of talking with her poster in hand which said, “Stop the war. Do not believe propaganda they tell you lies here. Russians against war.” She was chanting, “Stop the war, no to war!” 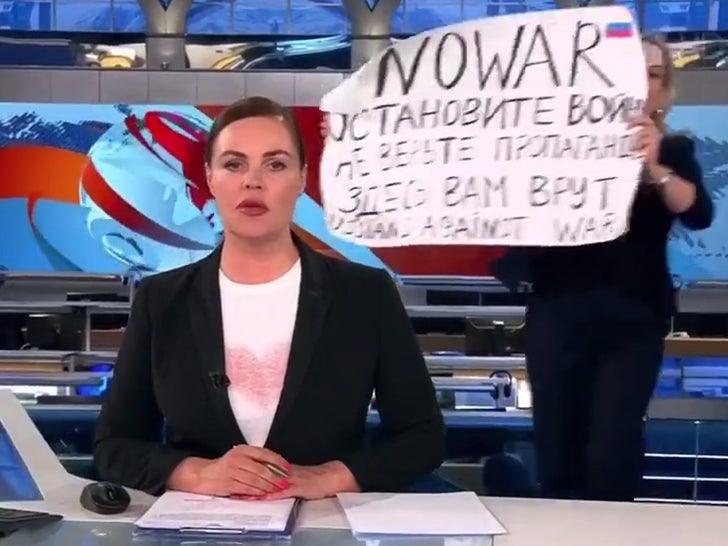 The camera cut away to video footage … and she was gone when they went back to the studio. Many believe Ovsyannikova was swiftly taken in by the authorities … and now, nobody can find her.

There are differing reports on what happened to her and what’s going to happen next … a Kremlin spokesperson called her act “hooliganism” and insisted Channel One was dealing with it internally, and not the government.

In the meantime, local outlets are reporting an official investigation has been launched against her … and Ovsyannikova may face criminal charges for criticizing the government. 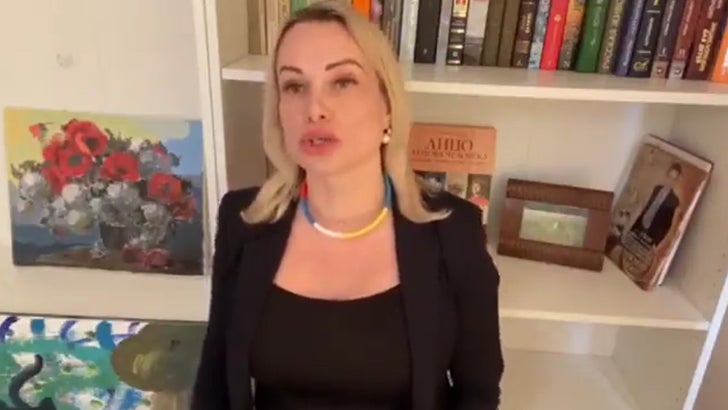 As you might imagine … her story has sparked lots of outcry, with different humanitarian and watchdog orgs calling for her safe release and freedom from persecution. Of course, tracking her down first would be a great first step … she’s vanished for upwards of 12-plus hours now.

Ovsyannikova actually posted a video before storming the set, noting she had Ukrainian family members … while also calling the war in Ukraine a crime, and encouraging folks to speak out and demonstrate.