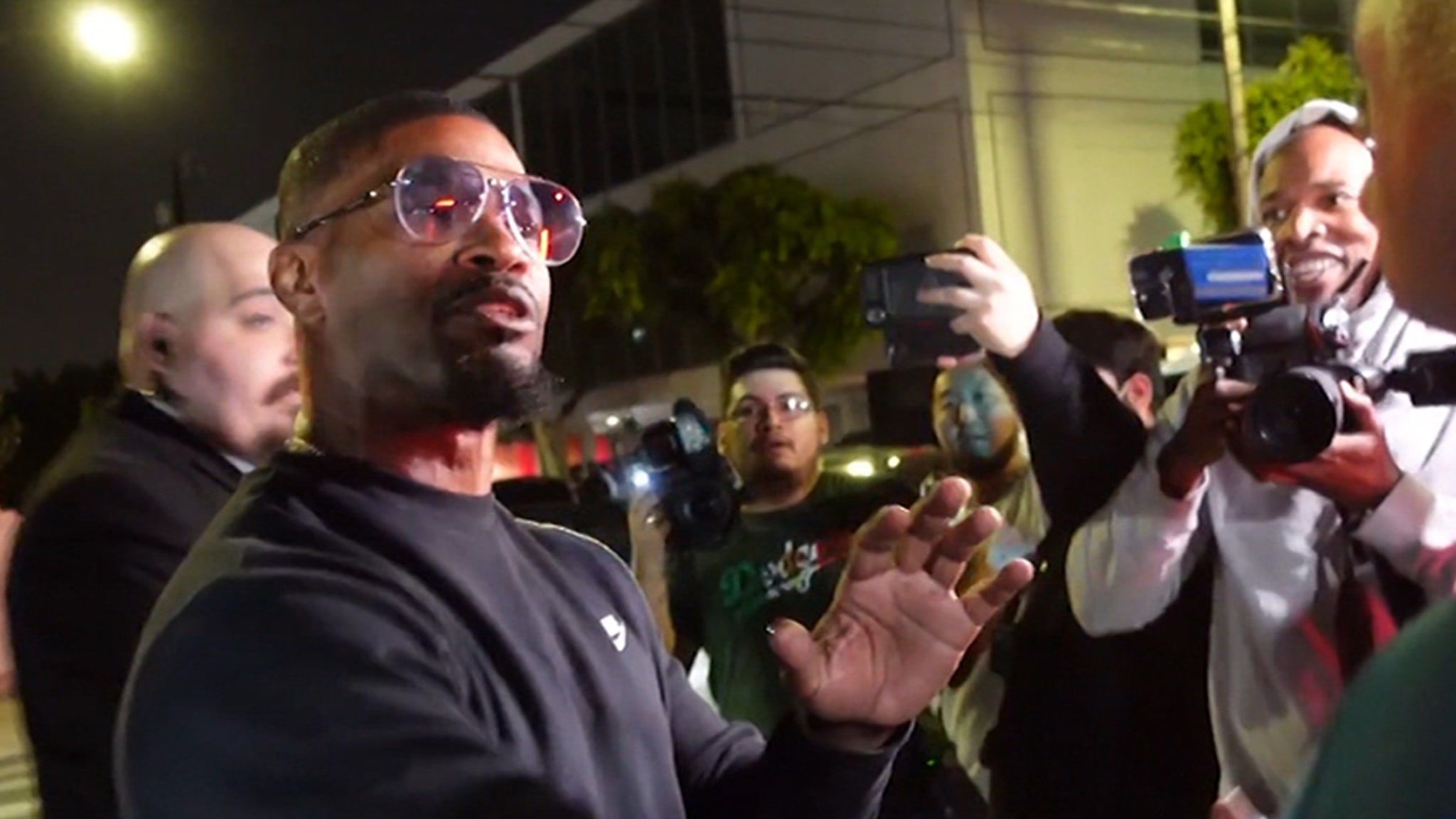 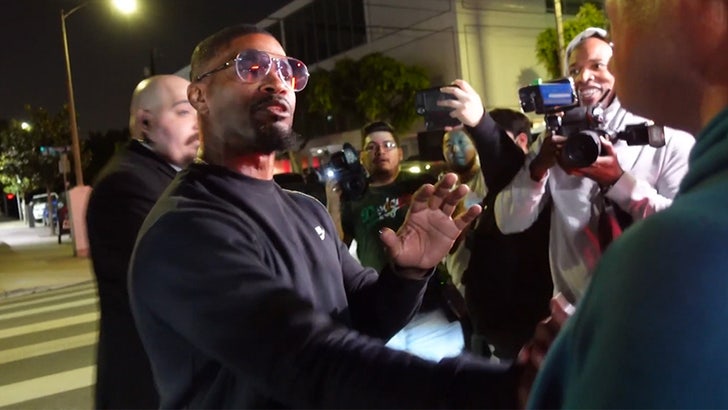 9:24 AM PT — Sources at the party tell TMZ … Jamie Foxx showed up to Cardi B‘s Bday party late and people weren’t aware he was coming. He had 10 people with him and they didn’t have a section available for him.

Party sources say Jamie decided to leave the party as he was being walked inside because he realized there wasn’t an area for him. Sources say there were no hard feelings and Jamie handled the situation well.

Here’s something you NEVER see happen in Hollywood … Jamie Foxx rejected at the door of a huge event — in this case, Cardi B’s birthday party — and you gotta see Jamie’s reaction!!!

Jamie pulled up to the WeHo shindig in full Foxxy mode — stepping out of his white Rolls-Royce, and as photogs swarmed around, he coolly changed from driving shoes to party shoes (they look identical 😂).

Then, the unbelievable happened … Jamie and his group of about 4 to 5 other people strolled up to the event — only to return to his car mere moments later! As Jamie walked away photogs asked why the hell they rejected Mr. Life of the Party. He played it cool, not saying a word … but it’s obvious the door guy knew he’d screwed up.

He came running out to the street, telling Jamie it’s cool for him to enter — but Foxx wasn’t having it, saying … “No, we not good. Nah ni**a, it’s all good! I love you, but it was too much.”

According to a photo agency, Jamie was initially turned away because he had too many guests with him. Let’s just say … MAJOR faux pas on the part of someone at the door. 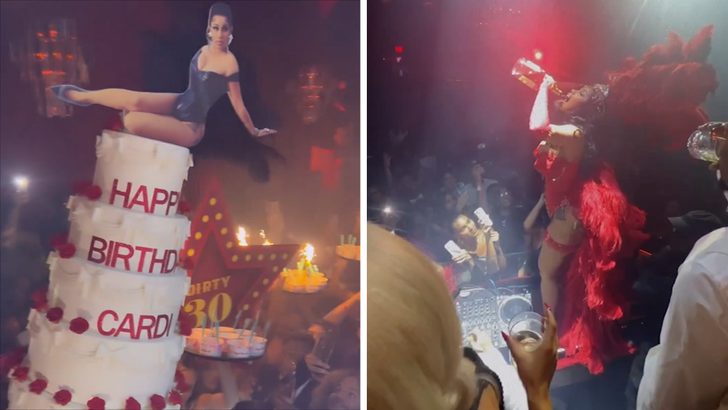 Meanwhile, Cardi celebrated her 30th birthday inside — oblivious, we’re sure, too what went down with Jamie, and probably won’t be happy about it once she finds out.