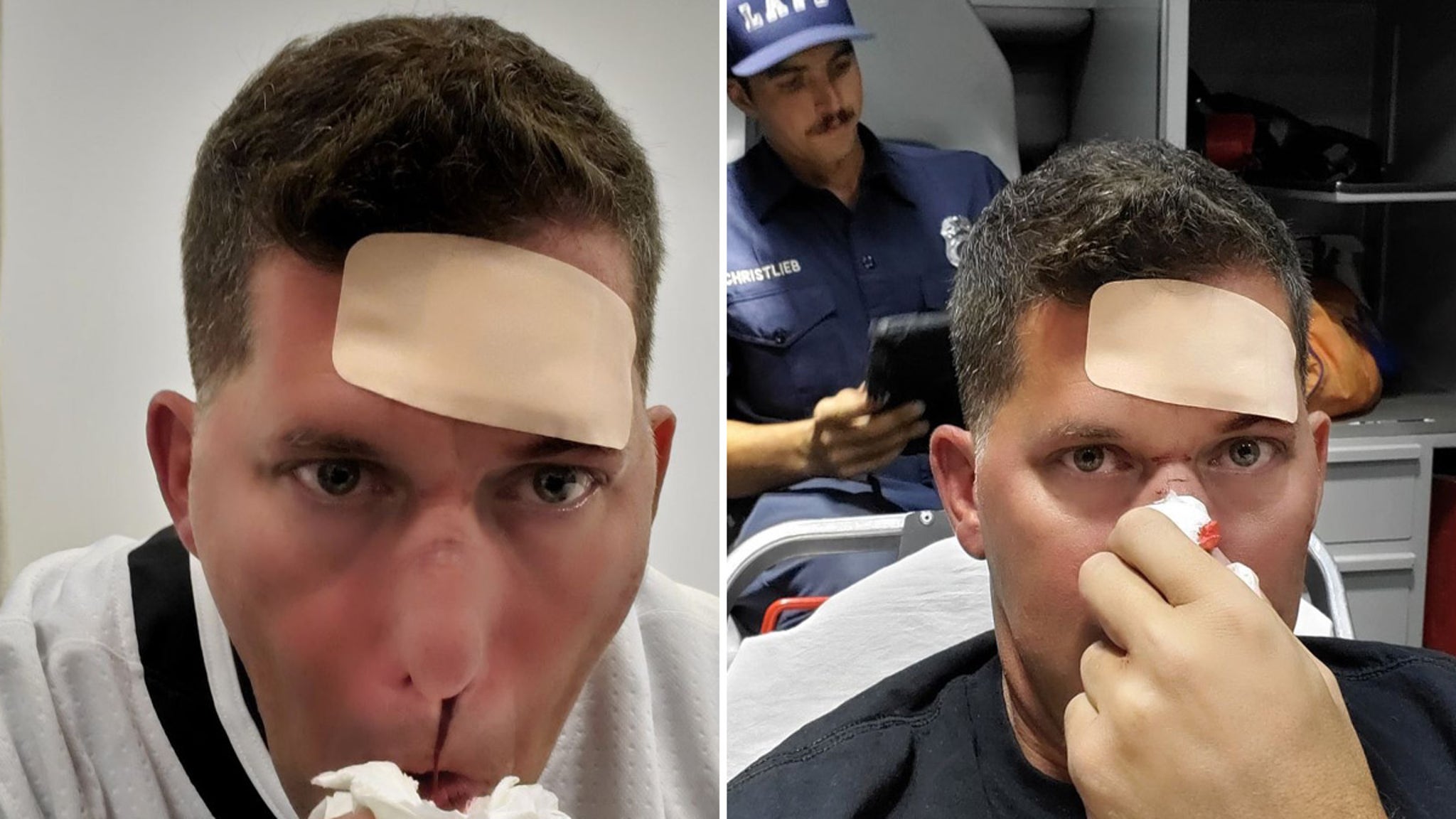 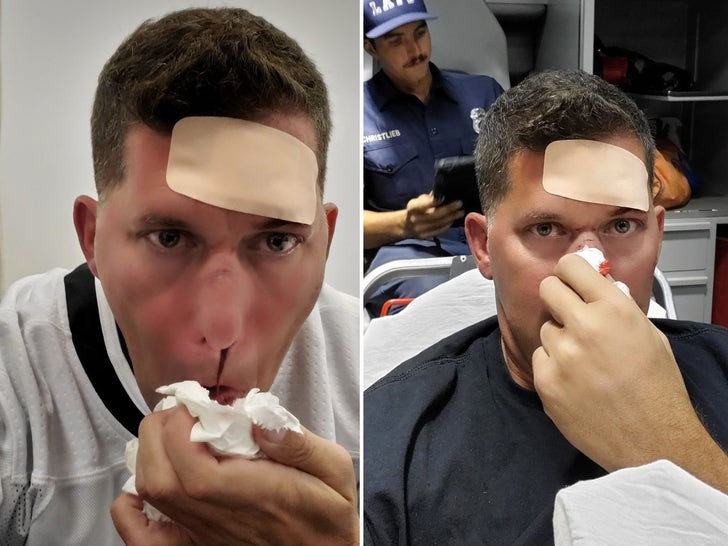 A longtime L.A. Kings fan and season-ticket holder got pucked up before opening night Tuesday … when a slap shot cleared the boards and hit the guy square in the face, breaking his nose and cutting his forehead.

The fan, Jeremy Aaronson, attended the game at Crypto.com Arena with his 11-year-old son. Prior to the first period, Aaronson and his boy were standing by the glass, watching the Kings players warm up before the game with the Vegas Golden Knights.

That’s when a Kings player took a shot that sailed … hitting Jeremy in the nose, breaking it in the process. Medics treated Aaronson at the arena, but his injuries required care from a doctor at the hospital. 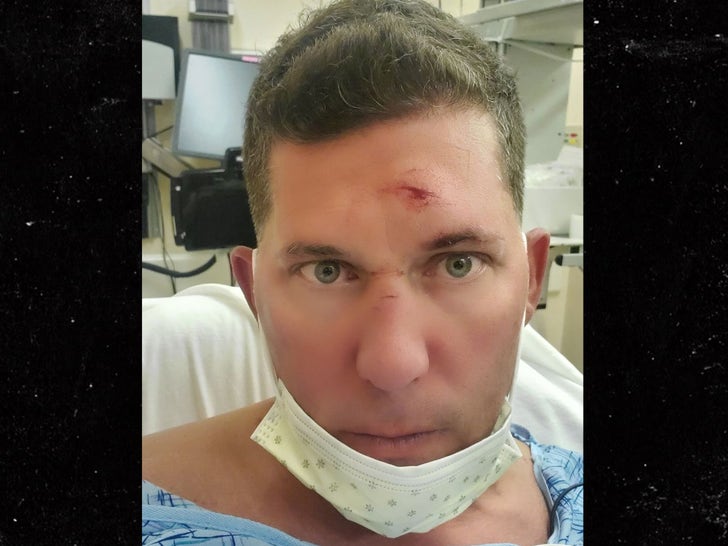 So, instead of watching opening night live and in person, Jeremy was forced to ride in the back of an ambulance, and follow the game on his phone.

Thankfully, Jeremy’s son was able to stay and watch the game with friends who happened to be at the arena.

As for his condition, Jeremy tells us he saw a specialist on Wednesday, and the doc told him his nose was broken.

Aaronson will require further treatment from the nose doc once the swelling subsides.

Jeremy’s forehead was also cut by the puck. 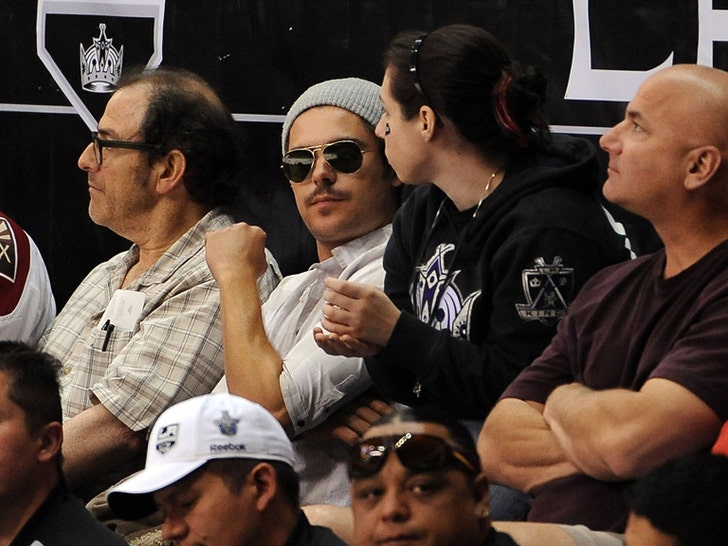 As of Wednesday mid-afternoon, to his surprise, the Kings hadn’t yet reached out to Jeremy to check on him … which has disappointed the longtime fan.

The Kings lost to the Golden Knights, 4-3.

We’ve reached out to the organization for comment, but so far, no word back.