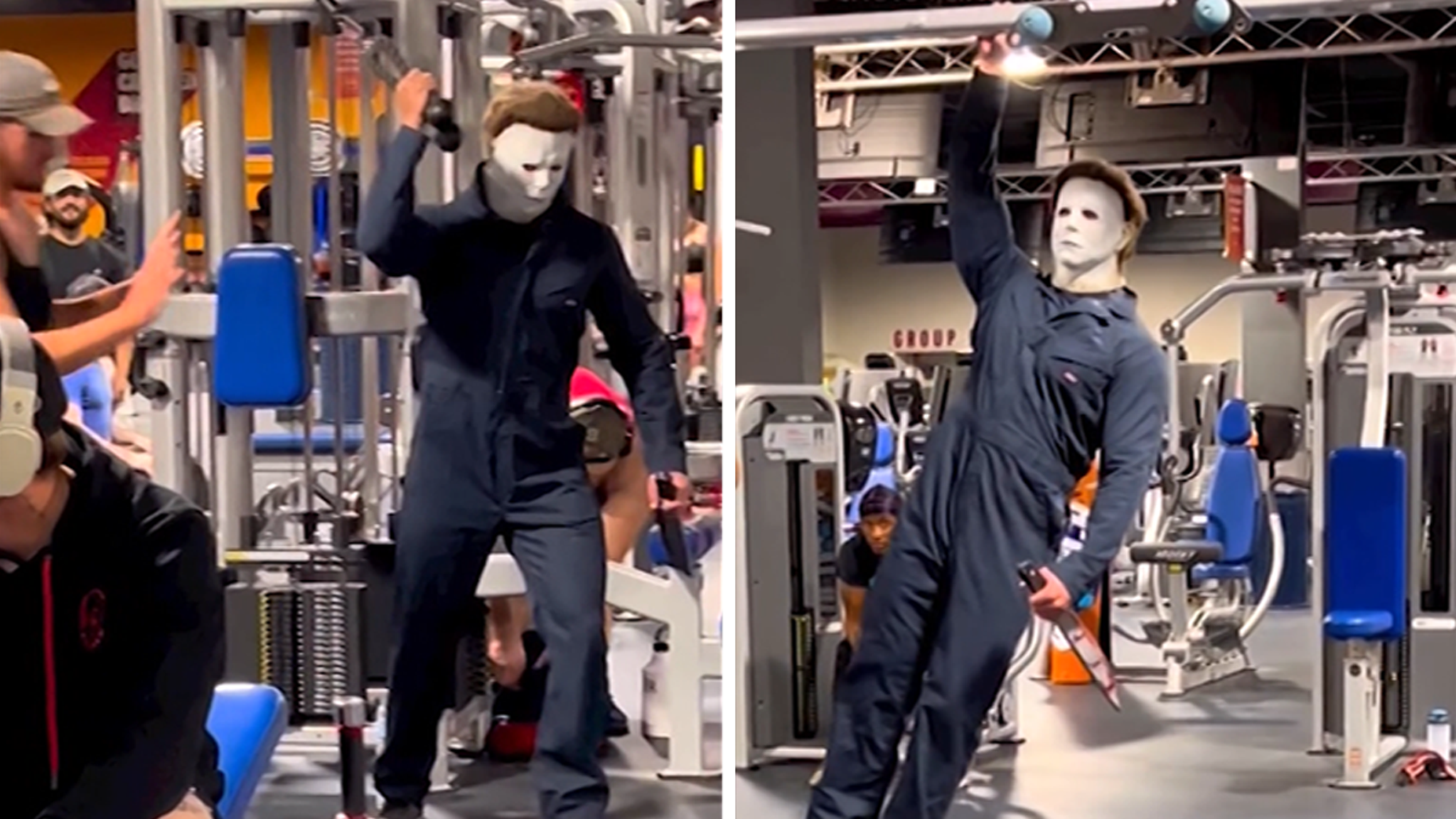 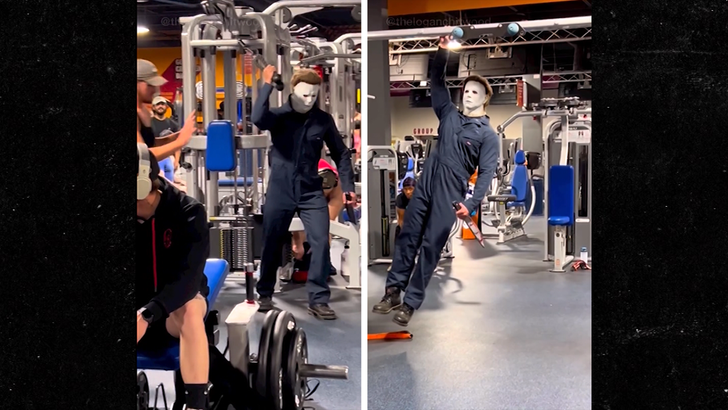 Michael Myers was killin’ it at the gym this week.

Former pro pitcher Logan Chitwood gave meatheads a scare at the gym this week — by dressing up as the “Halloween” villain and getting in a workout!!

The hilarious prank was caught on video … showing the YouTube star working on his biceps and triceps while decked out in the slasher’s navy jumpsuit, mask, wig, and boots.

Chitwood stayed in character the whole time — you can even see him holding a fake knife while pullin’ this off … but he did struggle a bit when he tried to do a one-armed pull-up. 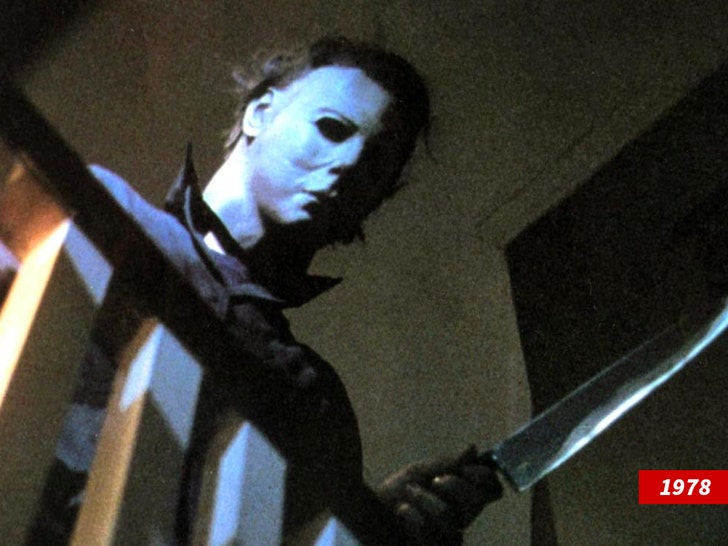 The prank got a mixed reaction from the folks at the gym … with some laughing and recording while the serious gym rats stayed focused.

In fact, the NBA superstar — who seems to be a huge Michael Myers fan — has a fake replica of the slasher at his mansion for Halloween decor and recently watched the new “Halloween Ends” movie.

“Halloween Ends was so GOOD!!!!” the 37-year-old said on Twitter, “@jamieleecurtis you’re such a LEGEND & BADASS #MichaelMyers”