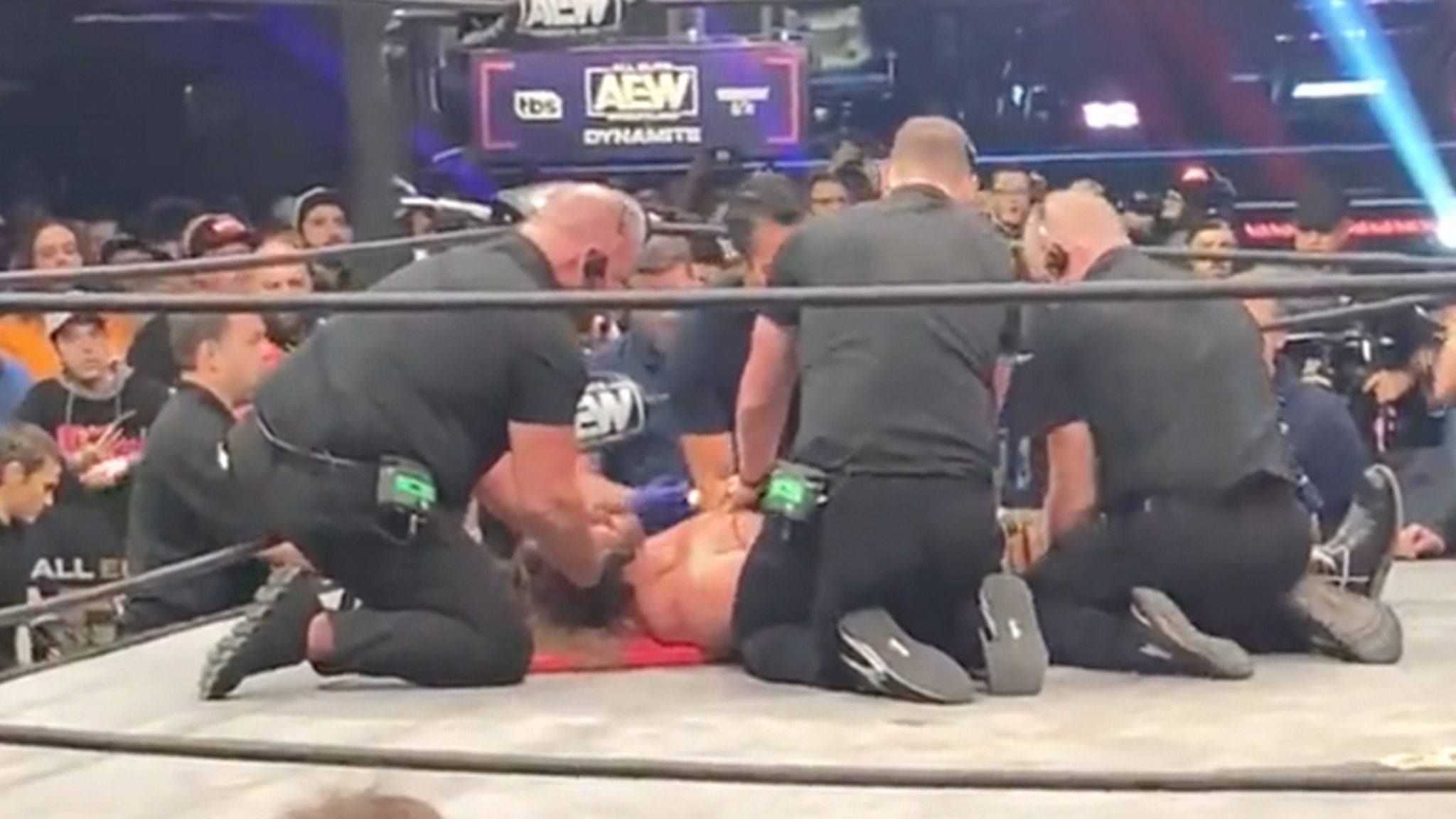 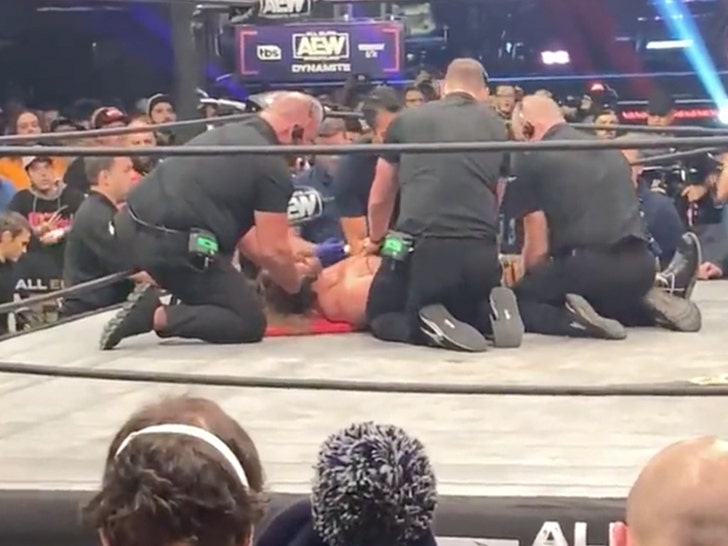 Terrifying scene in the AEW on Tuesday night … “Hangman” Adam Page — one of the org.’s biggest stars — was taken out of the ring on a stretcher and rushed to the hospital after he landed awkwardly during a match.

Thankfully, however, AEW officials say it appears the wrestler is already on his way to making a full recovery.

The scary incident went down during Page’s scrap with Jon Moxley at AEW Dynamite in Cincinnati, Ohio … when he was struck in the head by a forearm while running at full speed.

Prayers up for Hangman.

He’s got a wife and young son at home that need him healthy. #aew #adampage pic.twitter.com/orsc5luwQ3

Video from the event’s broadcast shows the blow was so violent, it caused Page to come down on his head, unprotected.

Page lay on the mat for several moments after being struck — and quickly, it became apparent to the ref that something was seriously wrong. The match was stopped, and trainers raced in to tend to the 31-year-old.

The ropes were taken down to get Hangman Adam Page out of the ring. He seems to be seriously injured. There appears to be No movement in his arms or legs. #adampage #hangmanadampage #aew #AEW2022 #AEWDyamite #JonMoxley #theshowmustbepaused #news pic.twitter.com/H1llto0vZD

Page was eventually strapped to a stretcher — and Moxley grabbed a mic and told the crowd to pray for his rival.

Jon Moxley said it for all of us. Hoping and praying Hangman Page is okay. 💜 pic.twitter.com/YoOJIEGaY2

AEW officials released a statement saying Page was taken to a nearby Cincinnati trauma center … and diagnosed with a concussion. But, fortunately, they added he was discharged shortly after.

“[Page] will remain in AEW’s concussion protocol,” the org. said. “AEW and Hangman Page are grateful for the exemplary response and care of staff and local medical personnel and are appreciative of the love and support of fans everywhere.”

Several stars in the wrestling world wished Page a speedy recovery … including Big E, who recently suffered a serious neck injury in a similar in-ring incident.

“Praying for Hangman,” he said.