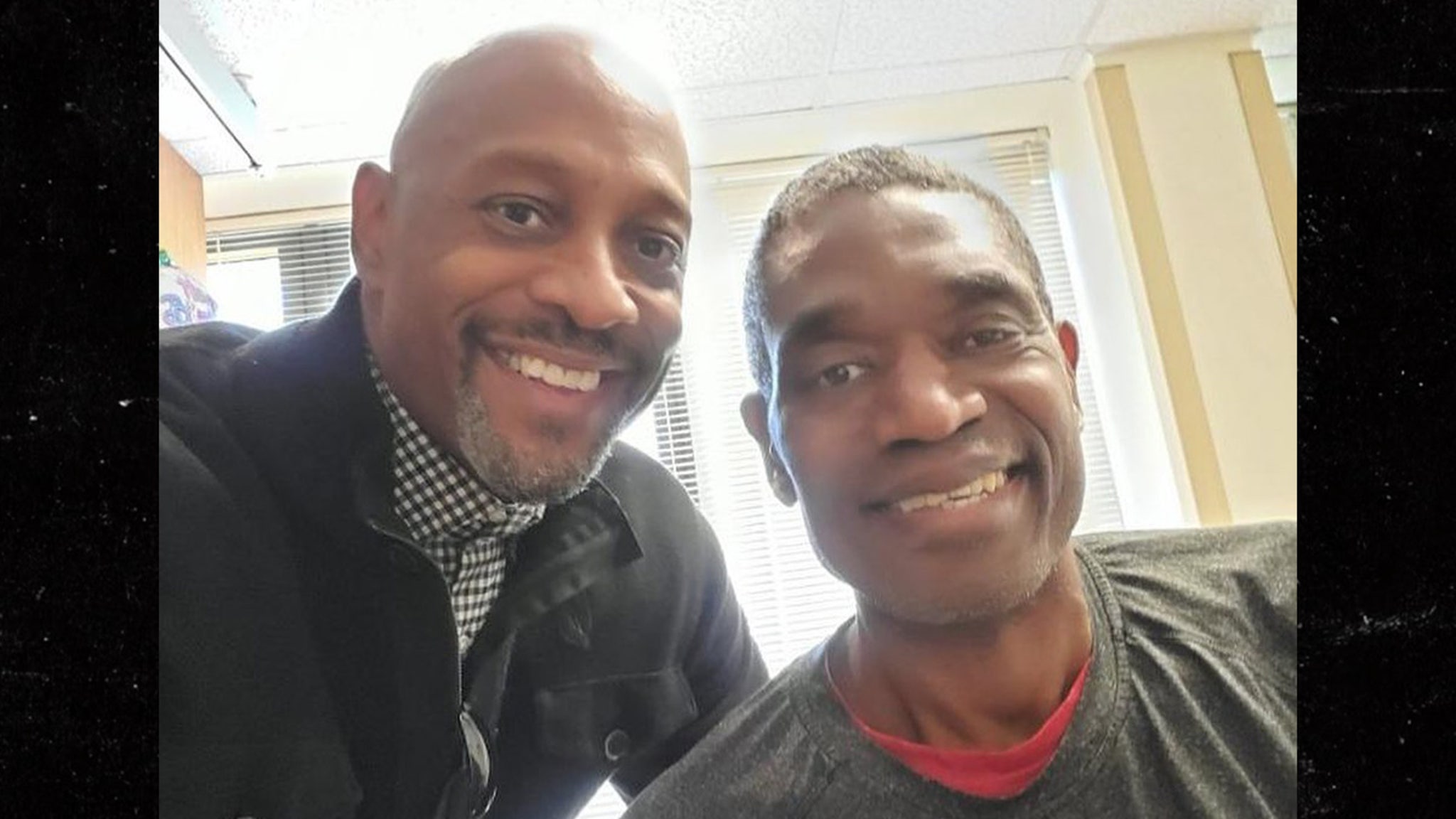 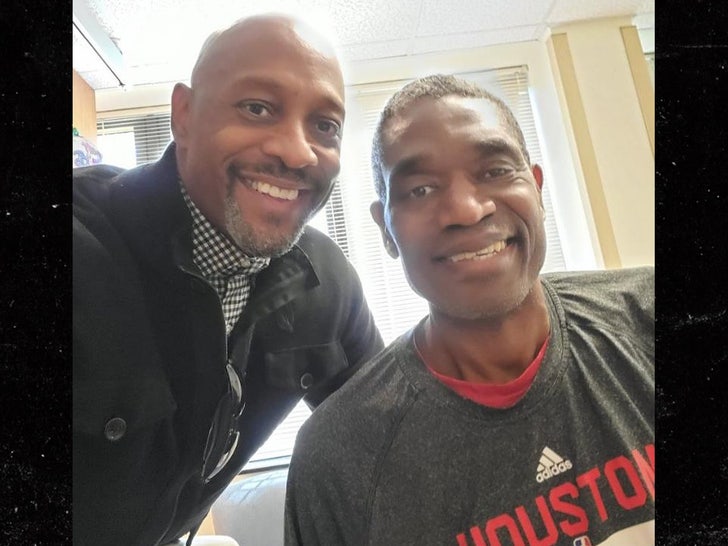 Some encouraging news from Alonzo Mourning … the NBA legend says his friend and former teammate Dikembe Mutombo is in “good spirits” after receiving treatment for a brain tumor.

The NBA announced last week that the Hall of Famer was diagnosed with a brain tumor .. and was set to receive treatment in ATL.

On Friday, Mourning provided an update on Dikembe’s condition.

“Thanking God this morning!” the former Miami Heat player said in the IG caption, “My brotha is on the mend and in good spirits!!!”

And, you can see it on Mutombo’s face … he’s all smiles with his longtime friend.

Remember, Mourning and Mutombo go way back — before playing together on the New Jersey Nets (2003), the two were teammates under John Thompson on the Georgetown Hoyas from 1988 to 1991. 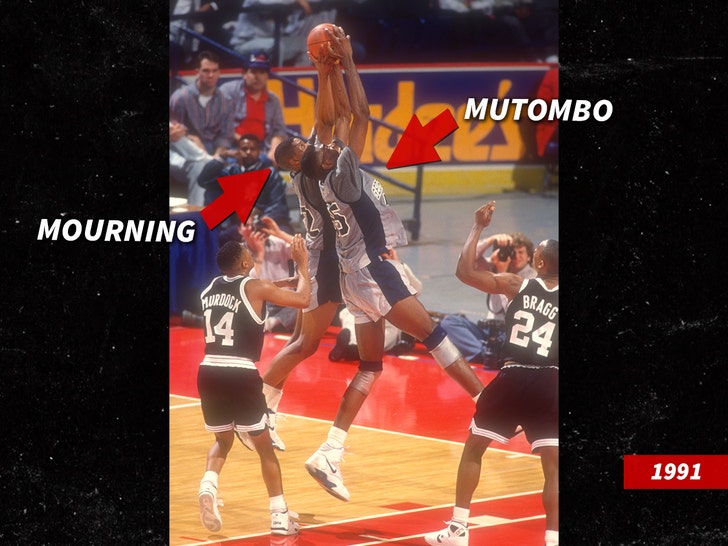 When Mourning and Mutombo entered the league, they immediately became a problem. Both players won Defensive Player Of The Year multiple times, and led the league in blocks.

They’ve also both been inducted into the Naismith Memorial Basketball of Fame.

“Thank you all for your thoughts and prayers,” Mourning said, “Prayer is truly uplifting.”