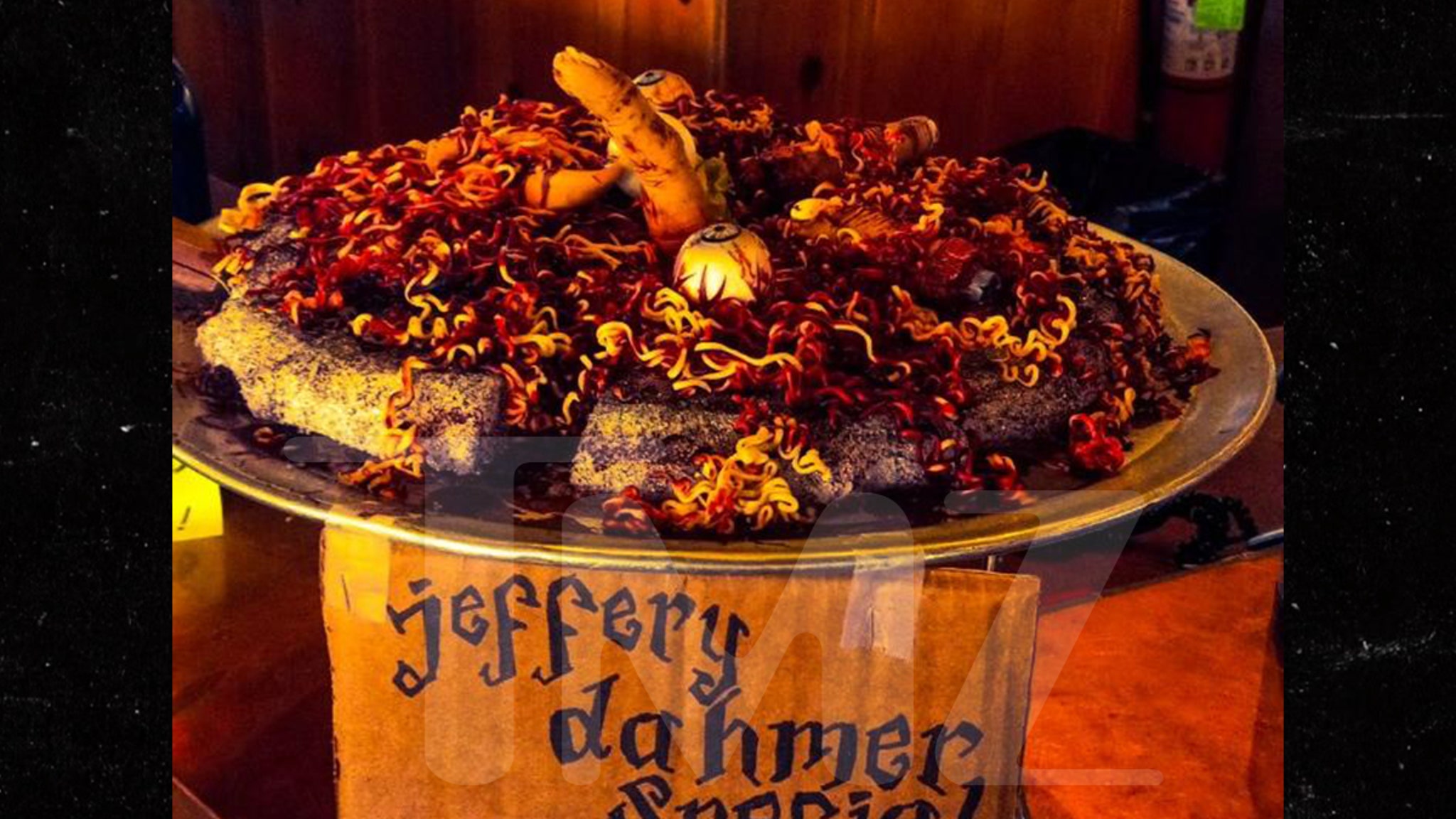 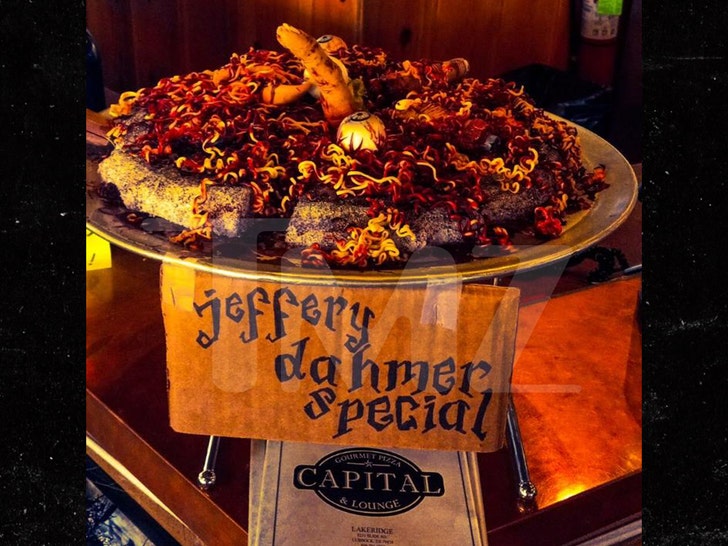 Blame Halloween or Netflix, or both … but a Texas pizzeria is cutting off a slice of the ghoulish Jeffrey Dahmer fascination — which is pissing off some people and drawing others into the joint.

Capital Pizza in Lubbock is now proudly displaying an almost literal hot mess — it’s called the “Jeffrey Dahmer Special.” Yes, that’s a finger and eyeball surrounded by what looks like blood and guts. 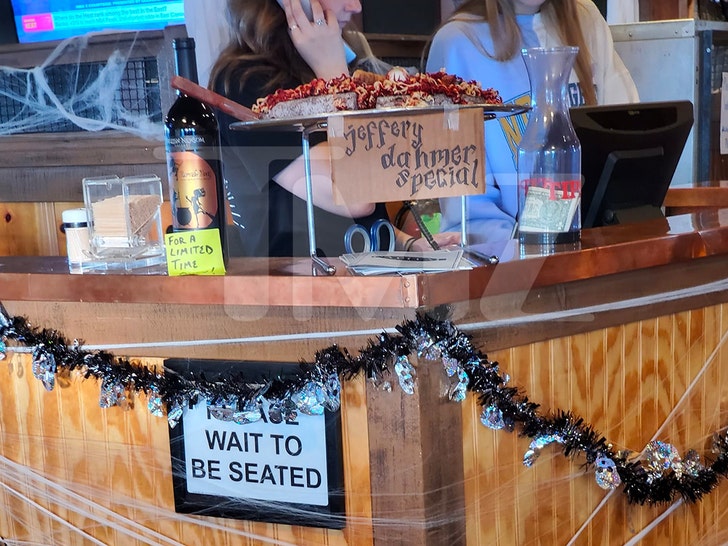 It’s not real, of course, but the imagery alone is making some people lose their appetite. The manager, Kiefer Slusher-Davidson, tells TMZ … one of his servers came up with the concept in honor of Halloween, and the immensely popular Netflix series.

He says the pie is just ramen noodles, pepperoncini garnish … along with the prop body parts and a whole lot of fake blood. Even though it’s not on the menu — it’s just a prop in the pizzeria’s window — many customers have complained it’s in poor taste. 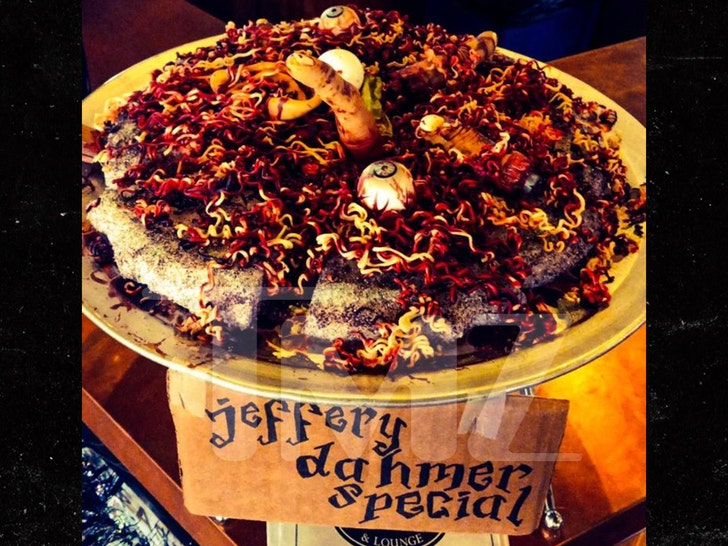 The manager says they’ve had it out there for about 3 weeks, and while they’ve had complaints, lots of other customers love it — coming in to have their kids take photos with the display. It’s spooky season, after all. 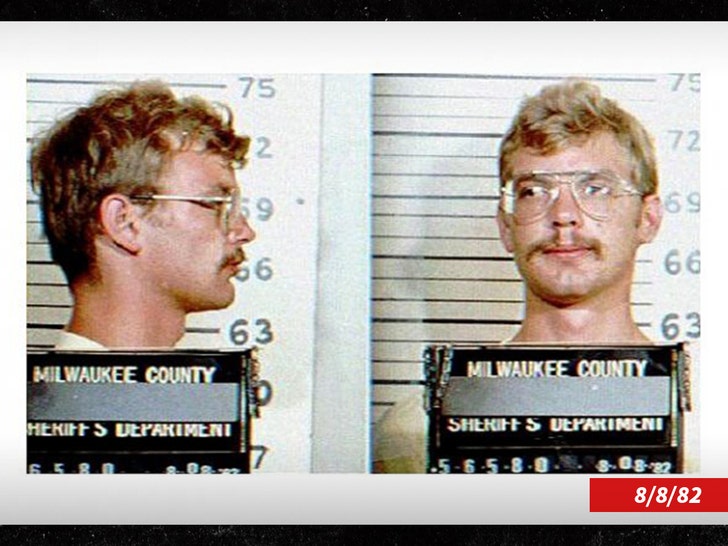 However, the marketing move comes amid lots of controversy over Dahmer being celebrated as some sort of folk hero — instead of a mass murdering monster — spurred by Netflix telling his story in what many deem a very sympathetic light.

Slusher-Davidson says he plans to remove the Dahmer special after Halloween, and says it was just intended to be good fun.