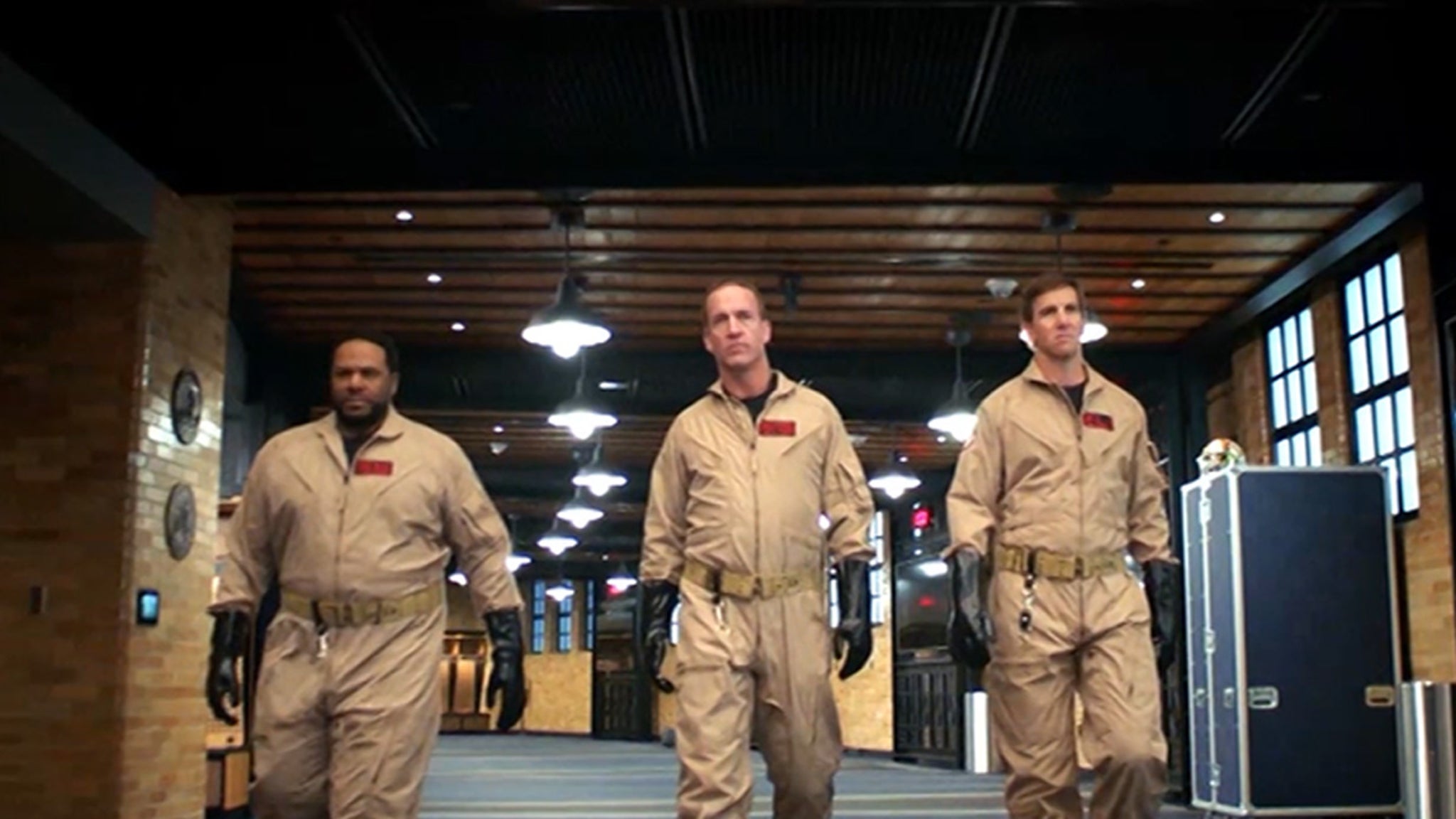 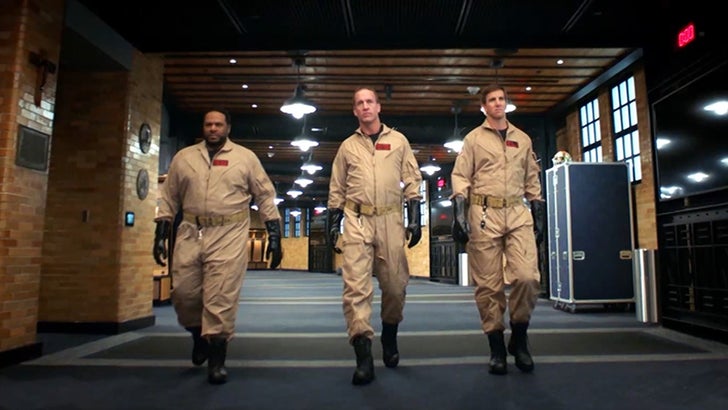 Peyton and Eli Manning, along with Steelers legend Jerome Bettis, did their very best impression of Egon, Ray, Winston and Peter … going to The Bus’ alma mater, the University of Notre Dame, searching for a ghost in a hilarious Ghostbusters skit!

The three NFL legends came together for a special Halloween mashup episode of Peyton’s Place and Eli’s Place on ESPN+ (produced by Omaha Productions) — where they became parapsychologists from the classic ghost-chasing movie — and headed to South Bend, Indiana on the hunt for the ghost of George Gipp.

Gipp was an ND running back under Knute Rockne between 1917 and 1920. You may not recognize the name “George Gipp,” but you’ve heard the phrase … “win one for the Gipper.” George is the Gipper. 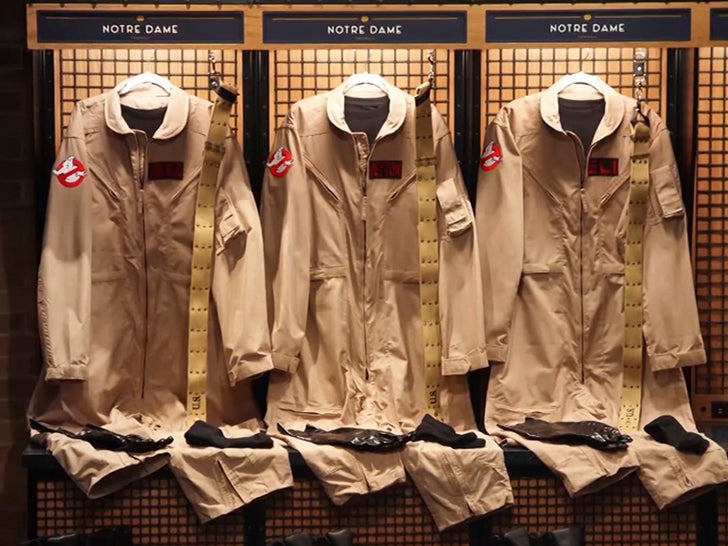 In 1925, GG was sick and on his deathbed, when he famously delivered this line to his coach, telling him to use it to motivate the players.

“I’ve got to go, Rock. It’s all right. I’m not afraid. Sometime Rock, when the team is up against it, when things are wrong and the breaks are beating the boys, ask them to go in there with all they’ve got and win just one for the Gipper. I don’t know where I’ll be then, Rock. But I’ll know about it, and I’ll be happy.”

In the skit, Peyton, Eli and Jerome head for campus in the Ghostbusters’ Ectomobile … all while rocking the GB iconic jumpsuits.

Bettis wasn’t feelin’ the threads at first … but Eli had a hilarious response for the former Notre Dame star.

“What?!” Eli said, “Did you think we’d be wearing a crop top or something?” 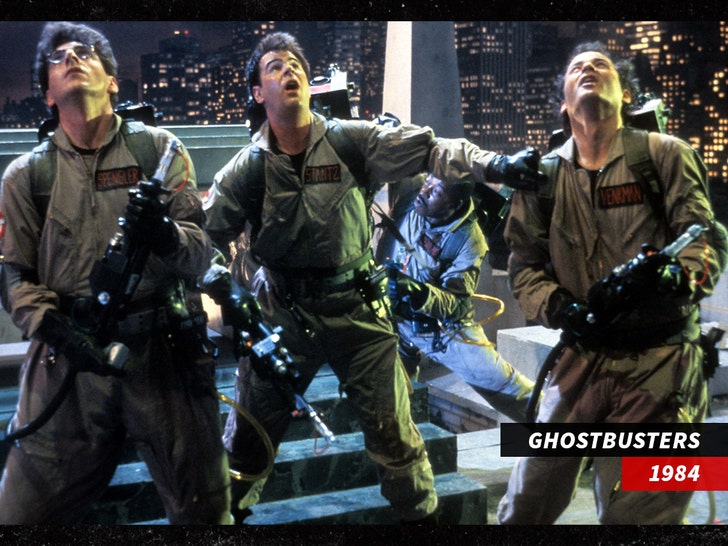 Peyton also jokes about Eli losing his spot on the ManningCast to Bill Murray — who played Dr. Peter Venkman in the Ghostbusters movies.