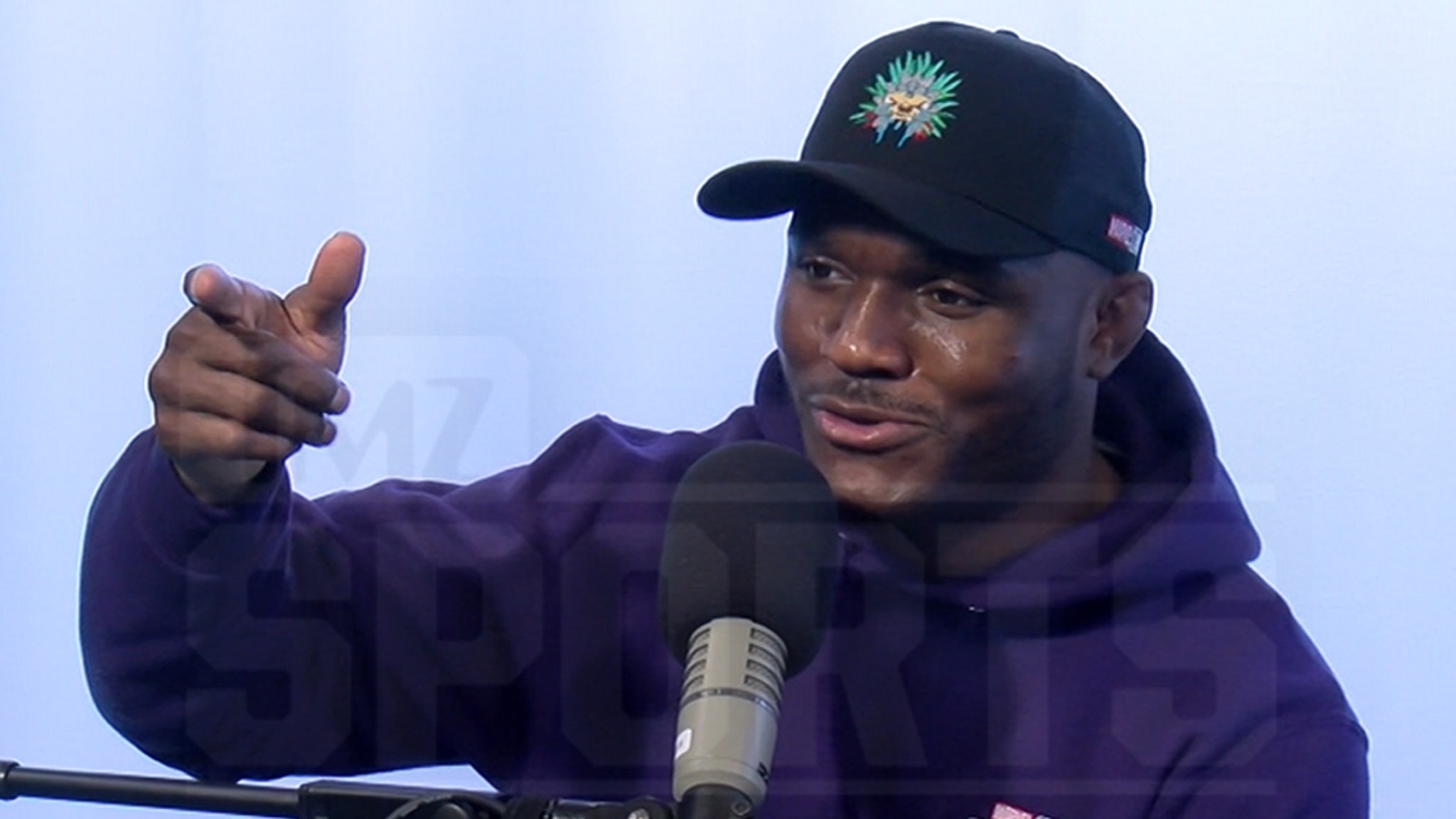 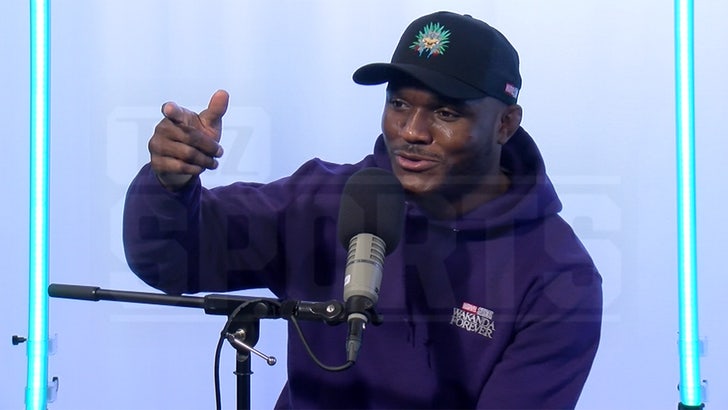 Kamaru Usman — in Los Angeles for the Hollywood premiere of “Black Panther: Wakanda Forever” — stopped by the TMZ offices and talked about being part of a major blockbuster action film … even showing BTS photos from the set.

“To be honest, it’s something I kind of spoke into existence,” 35-year-old Usman said when he sat down with Babcock for the “TMZ Sports” TV show. “After seeing the first one, I was such a big fan. I was like, man why wouldn’t I be in the second one? They’re fighting, they’re Africans, they look the part, they’re physical, like, I should definitely be in it.” 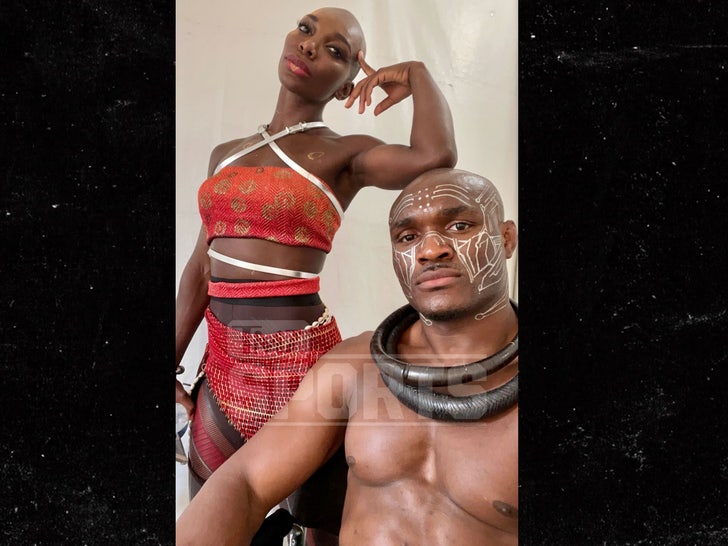 When he did land the role, the job was different than Kamaru thought … turns out acting isn’t easy!

Usman says the gravity of being in Black Panther hit him when he got to the set. 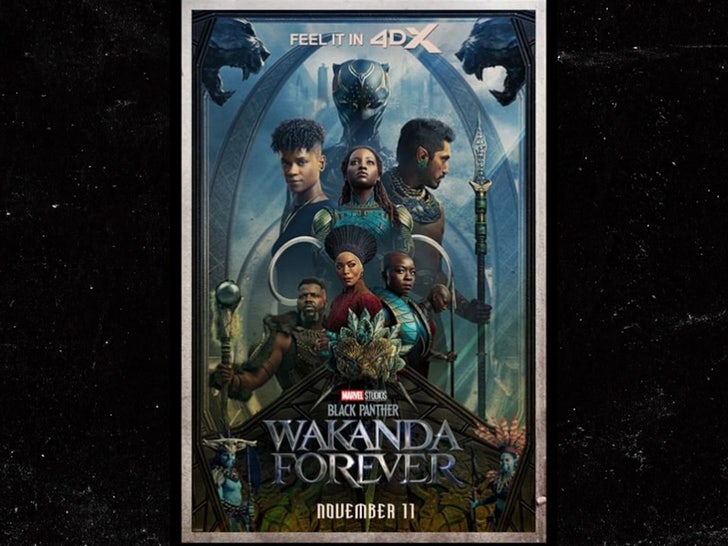 “My first day on set, I’m in a scene where I’m explaining — well I don’t wanna give away the movie, but I’m in front of the people in the movie, and a piece of me is like ‘Oh s**t! I’m on set!’ So, was a little bit nervous and I only had just a couple of lines!”

So nervous … he literally forgot to deliver his lines.

“I was in awe of everybody to where I forgot to talk. So it’s like my turn, everyone is quiet. Oh s**t, I forgot to talk, because I’m just so into everyone else. I mean just watching the masters at work was incredible.” 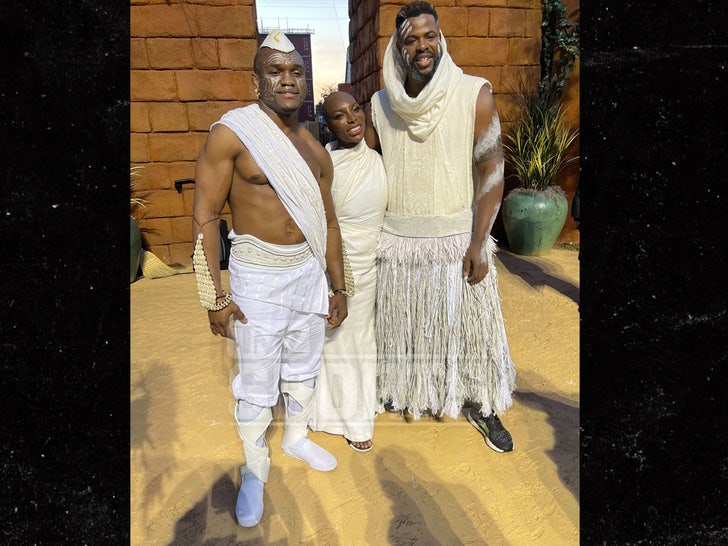 Kamaru also shared some photographs from set — where he posed with Winston Duke — the first images we’ve seen of him in character.

Of course, the first Black Panther film, starring Chadwick Boseman, Michael B. Jordan and Lupita Nyong’o was released in 2018 to worldwide acclaim. Many fans declared the movie the best in the entire Marvel Cinematic Universe.

Despite the terrible loss, the cast and crew pushed forward with the highly anticipated sequel … which drops worldwide on November 11.

The movie is all but assured to be one of the biggest of the year. 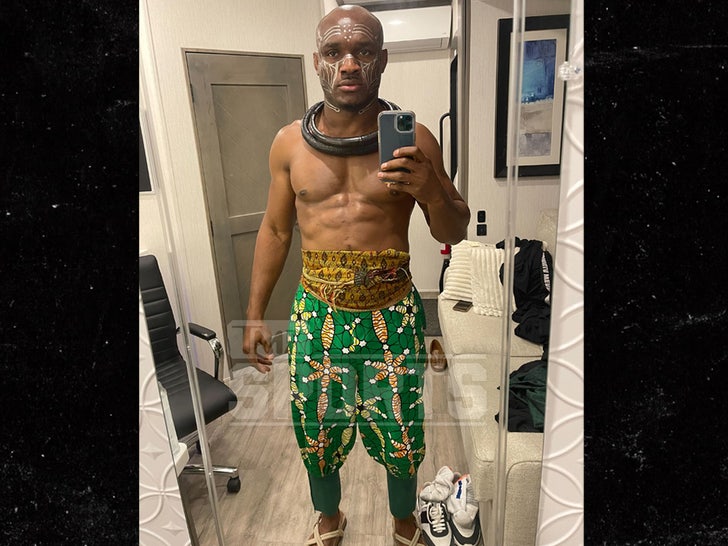 And, Usman hopes it’s not his last film … he sent a message to industry decision-makers.

“Hey, all the Hollywood producers, executive producers, I’m open for business. Let me know. Hit me up!”