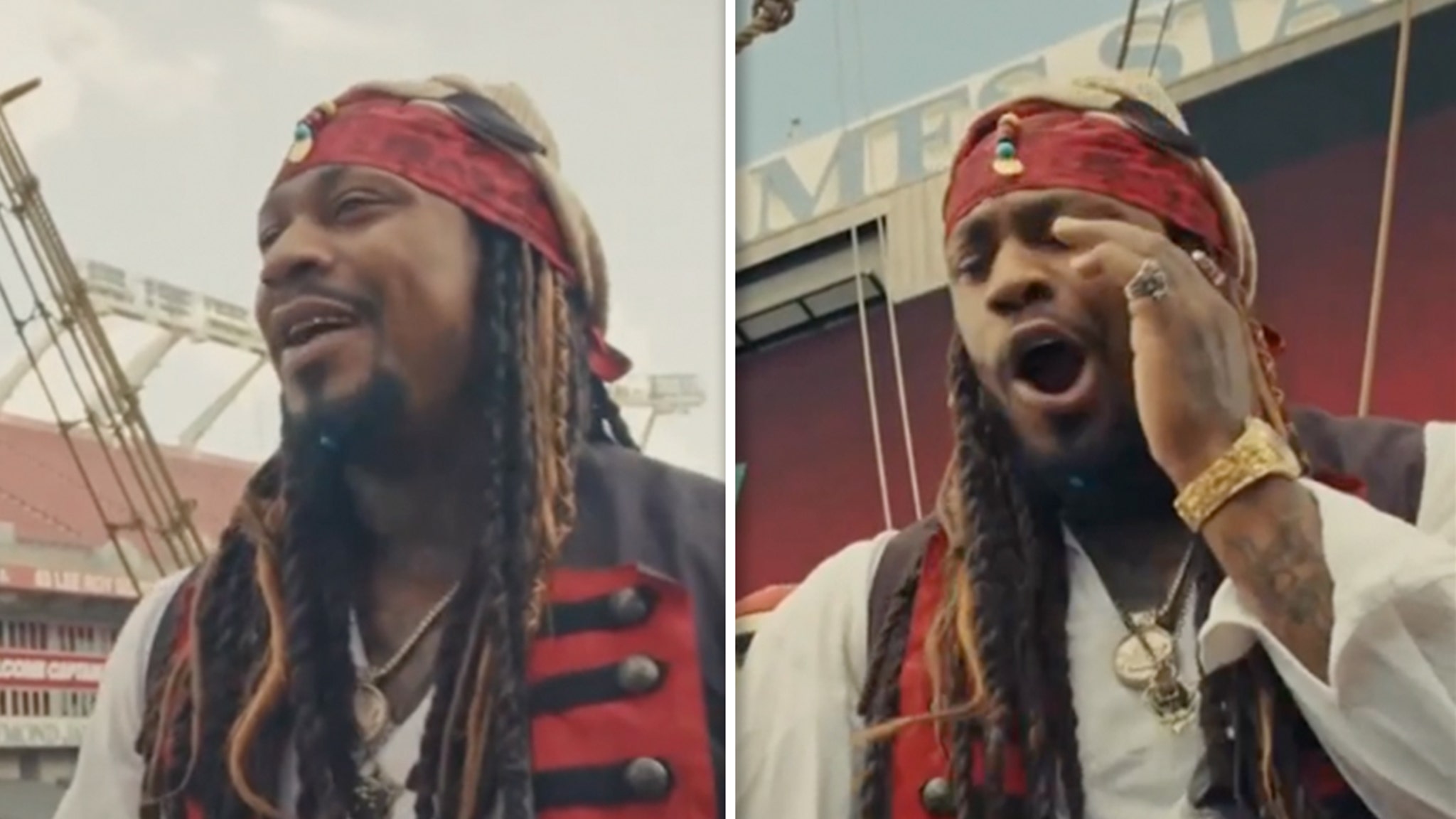 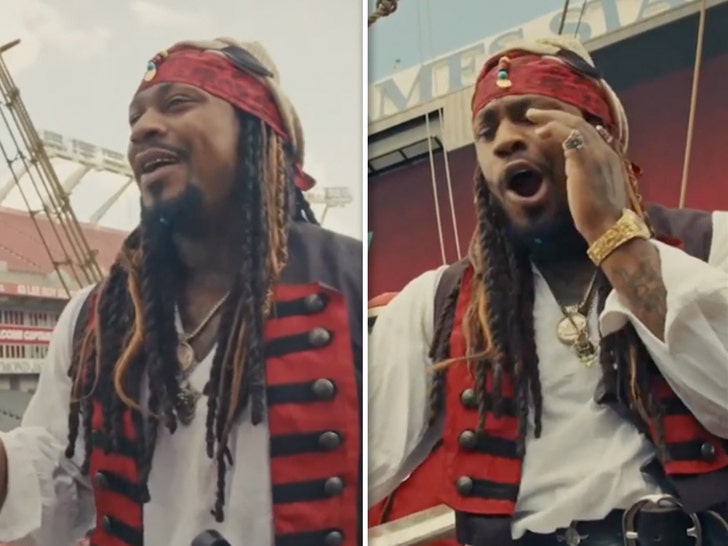 Move over Johnny Depp … Marshawn Lynch is now officially America’s most favorite pirate — ’cause he dressed up as “Captain Black Sparrow” this week, and it was hilarious!!!

The former NFL star got in his “Pirates of the Caribbean” role for a special segment prior to “Thursday Night Football” on Thursday — after meeting up with Tampa Bay Buccaneers’ mascot Captain Fear at Raymond James Stadium.

FYI, his locker was labeled as “Captain Beastmode” … but seems Lynch called an audible on that one midway through the segment.

Lynch and the mascot headed to the Bucs’ 100-foot-long pirate ship at the stadium — just before Tampa took on the Ravens — and, let’s just say Lynch enjoyed climbing up to the boat with his big boots on.

“Watch how I hit these motherf***ing high steps with these thangs!” he yelled. “I bet you this thang ride like a Caddy.” 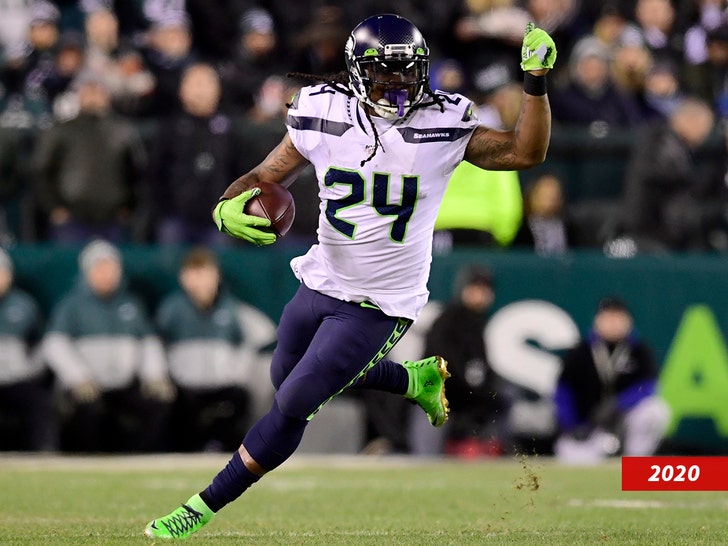 Lynch also shot off the famous cannons from the ship.

This isn’t the first time Lynch has garnered laughs on “TNF” … just last week, he turned into “The Alligator Man” in New Orleans when the Saints played the Cardinals.

The 5-time Pro Bowler joined Amazon Prime’s “Thursday Night Football” team earlier this year … and part of his job is to do funny “N’ Yo City” skits.