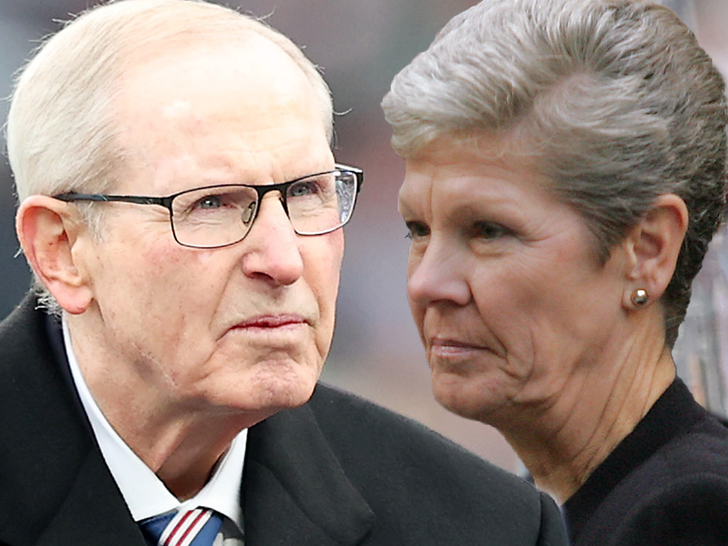 Tom Coughlin‘s wife Judy, who was married to the 2-time Super Bowl-winning head coach for 55 years, passed away Tuesday morning after battling a rare and incurable brain disorder. She was 77 years old.

“My cherished wife and our beloved mother and grandmother, Judy Whitaker Coughlin, passed away this morning at the age of 77,” the longtime head coach wrote … adding, “Judy was a remarkable woman in every way.”

“She lived a life filled with love and unselfishly gave her heart and soul to others. Judy made you feel like an old friend from the first hug to the last. She was a mother to all on and off the field.”

Coughlin continued … “For everyone who knew and loved Judy, the enormity of her absence cannot be put into words, but the immense kindness she showed to others will always endure. Our hearts are broken, but we know she is free from suffering and at peace with our Lord.” 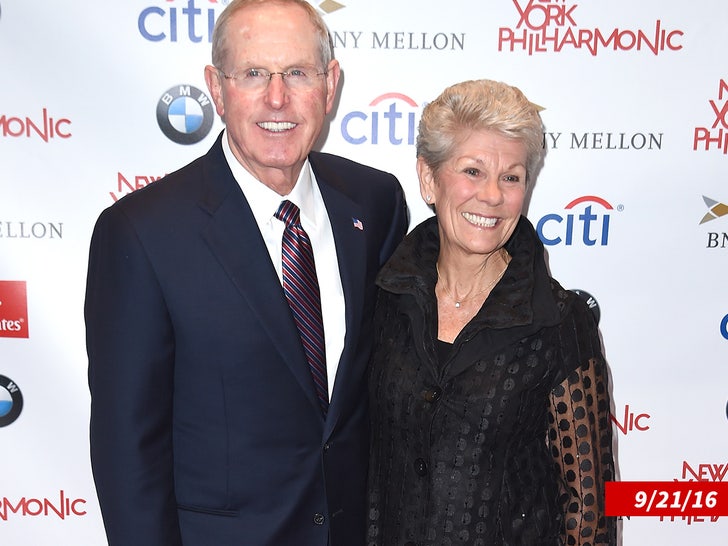 Judy was diagnosed with progressive supranuclear palsy in 2020 … but the presence of the illness wasn’t known until Tom wrote a guest essay for The NY Times in August 2021, where he openly discussed his wife’s sickness.

The Mayo Clinic defines the disease as “an uncommon brain disorder that causes serious problems with walking, balance and eye movements, and later with swallowing.”

The disorder can ultimately lead to life-threatening complications.

In Coughlin’s essay, you could feel his anguish.

“As so many of you are gearing up for another NFL season, I will be sitting far from the sidelines, at the bedside and holding the hand of my biggest supporter, my beloved wife, the mother of our children and a grandmother to our grandchildren,” he wrote.

“After several years of doctors trying to pinpoint the disease that has been slowly taking her from us, Judy was diagnosed with progressive supranuclear palsy in 2020. It is a brain disorder that erodes an individual’s ability to walk, speak, think and control body movements. It steals memories and the ability to express emotions and, sadly, is incurable.”

Throughout Tom’s extraordinary coaching career, Judy always remained by his side. She was an integral part in their charity, the Tom Coughlin Jay Fund Foundation … and was beloved by Tom’s players.