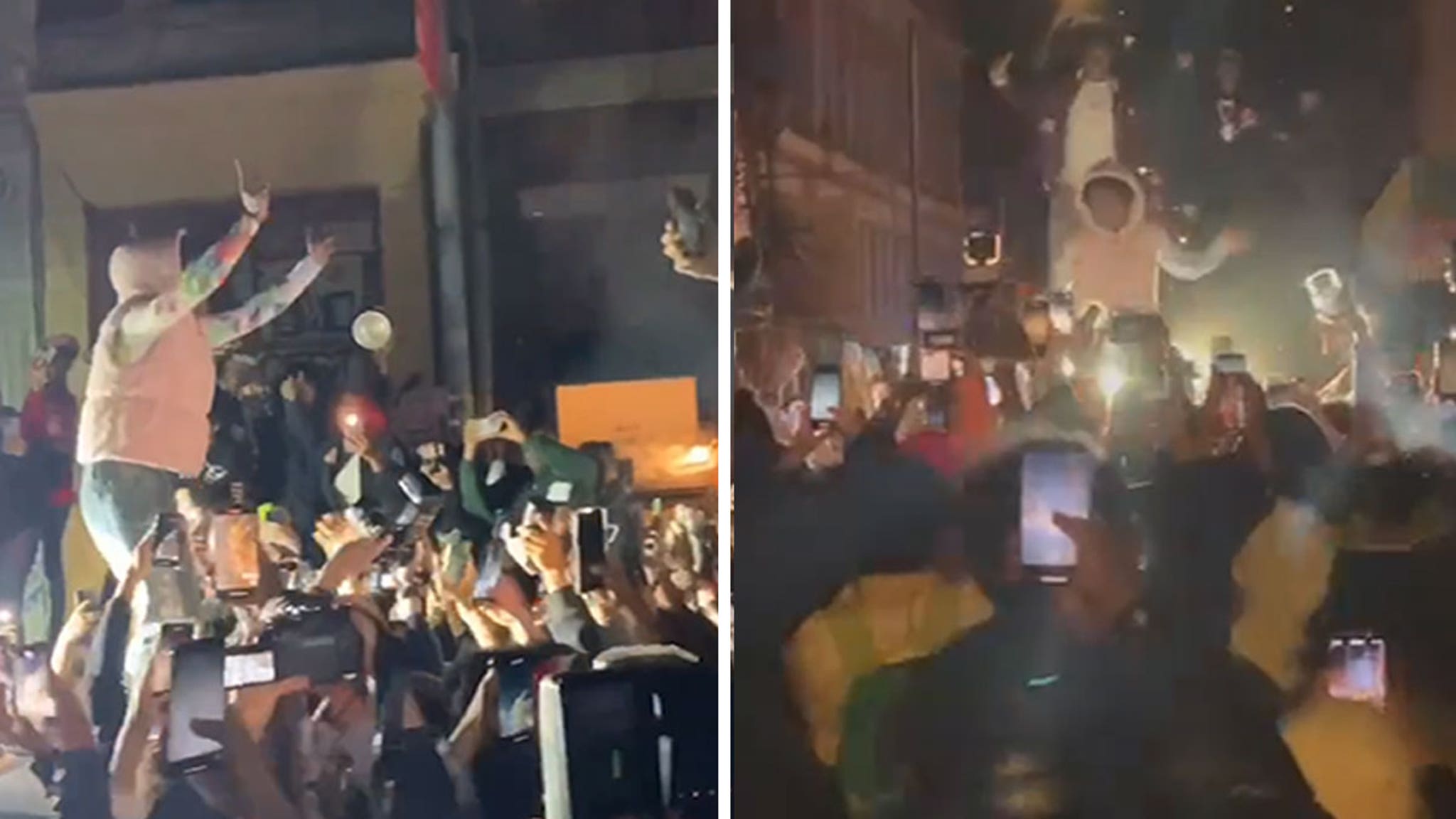 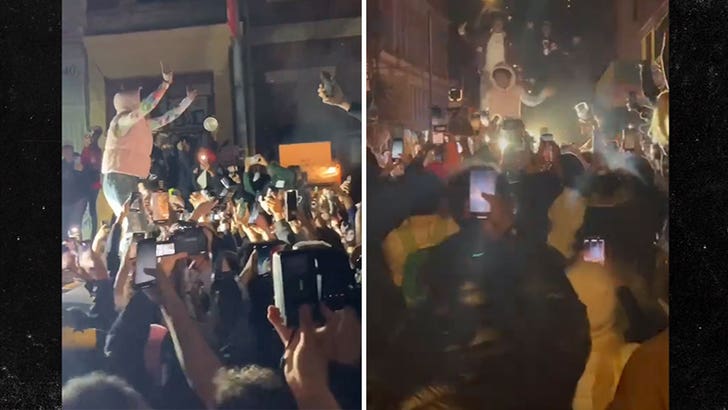 Lil Uzi Vert had New York City in a tizzy last night, shooting the music video for his new jam “Just Wanna Rock” … and bringing out so many fans it looked like a rowdy flash mob.

Uzi — joined by top Twitch streamer Kai Cenant and fellow Philly rapper 2Rare — hit the streets and fans did too, toppling cars and whipping out their cell phones as Uzi put his electric dance moves on display.

The viral trio was destined to cause pure pandemonium … turning up in the trailer and car ride ahead of the shoot.

Kai recently took the Twitch 👑 on October 15 and 2Rare inked a joint venture deal with Warner Records and music exec Mel Carter‘s Second Estate Records … so the vibes were on 10 the entire night.

A hilarious moment came when 2Rare caught Kai lacking in 4K on sleep-cam before he awoke to spit bars from his NLE Choppa collaboration “Bustdown Rollie Avalanche.” 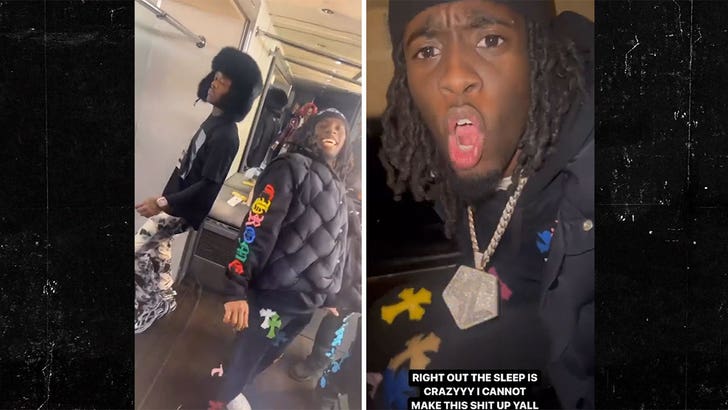 We’re told the “Just Wanna Rock” video is directed by Gibson Hazard and the song could lead hip hop’s next dance craze. It was released last month and racked up more than 500 million TikTok impressions from the previews alone.