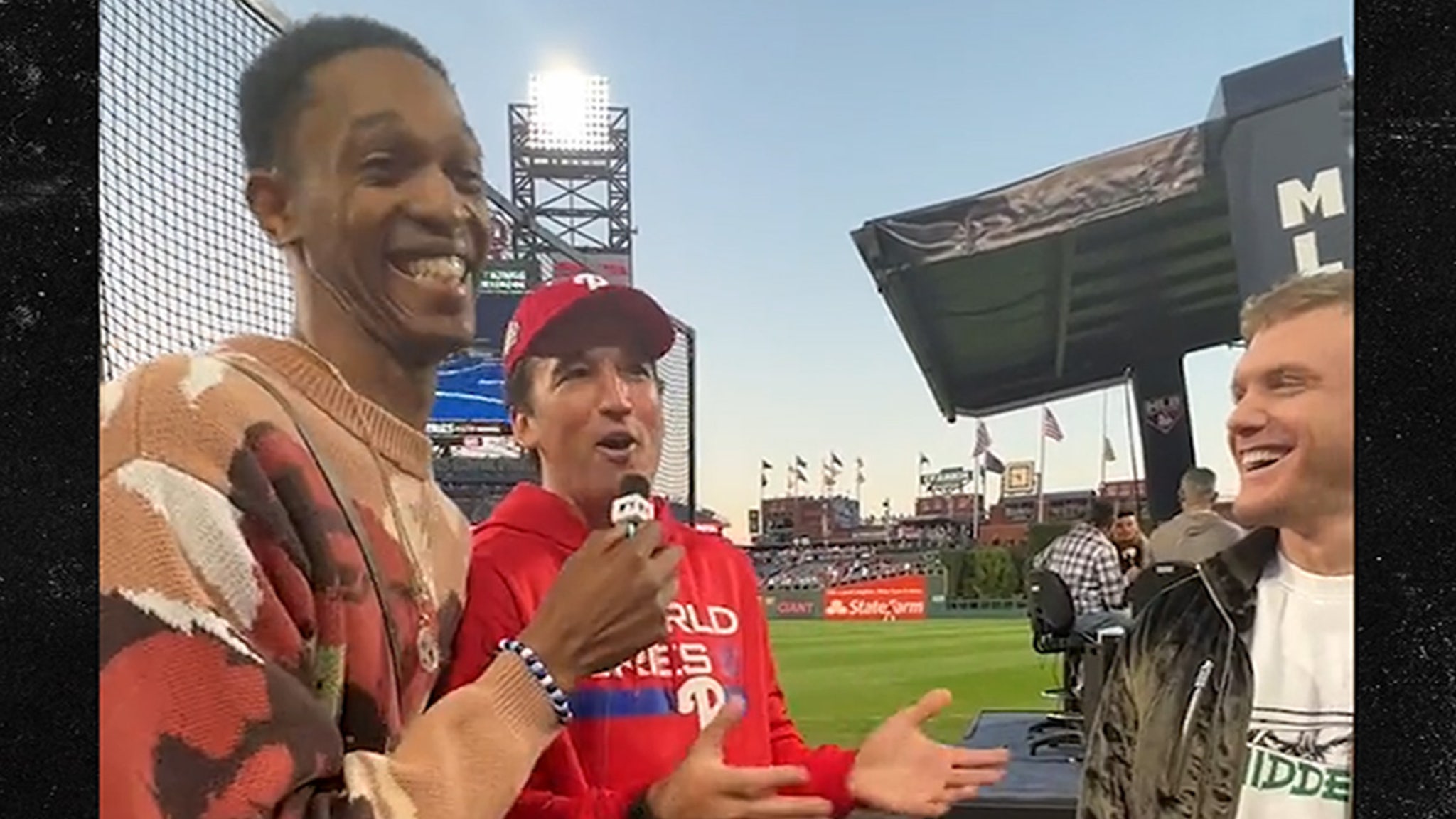 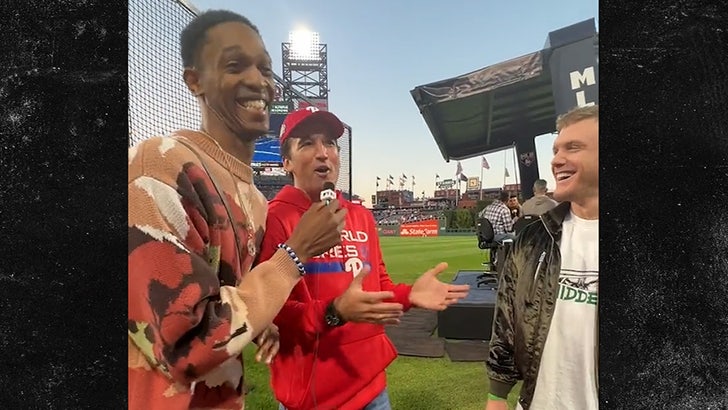 Most roosters only have eight toes, but this Rooster could end up with seven … ’cause Miles Teller says he’d consider parting ways with an appendage in exchange for a Phillies World Series win!!

The ‘Top Gun’ actor and diehard Philly fan joined Guardians pitcher Triston McKenzie and Yankees outfielder Harrison Bader for a quick interview before the Phillies’ huge Game 3 win over the Houston Astros … and was asked what he’d be willing to do to secure his beloved team’s third Fall Classic title. 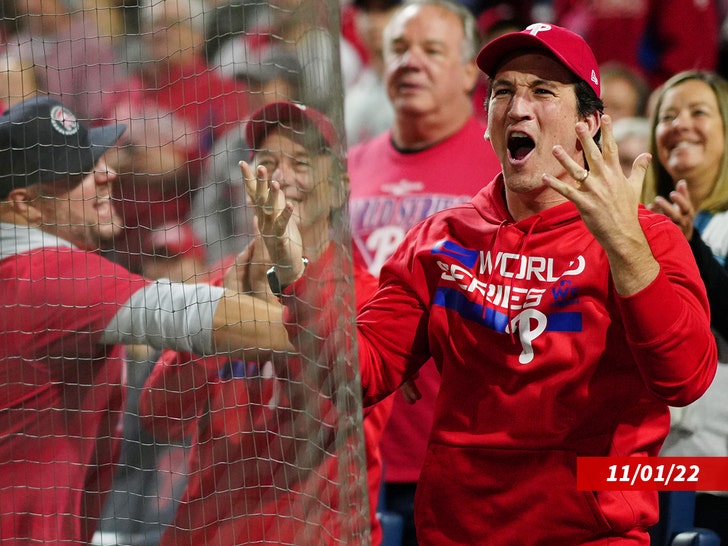 “I feel like you don’t need all your toes,” Teller joked.

When McKenzie followed up and asked if he was talking about losing several piggies, or just one … Teller explained his proposed sacrifice should be more than enough.

“Easy buddy, a toe is still important!! One toe is not enough?! Get out of here.”

But, in case he doesn’t want to walk with a limp for the rest of his life, Teller has another idea.

“Gallbladder, I heard you don’t need that.”

As for the game, Teller and the Phillies were losing their minds as their team whooped the ‘Stros 7-0 … especially after Bryce Harper and Alec Bohm‘s dingers.

The Phillies are now up 2-1 in the series … which means just two more wins before Teller’s gotta stick to his word!!

Juuuust kidding, Miles … we know you were messing around. Or so we hope.