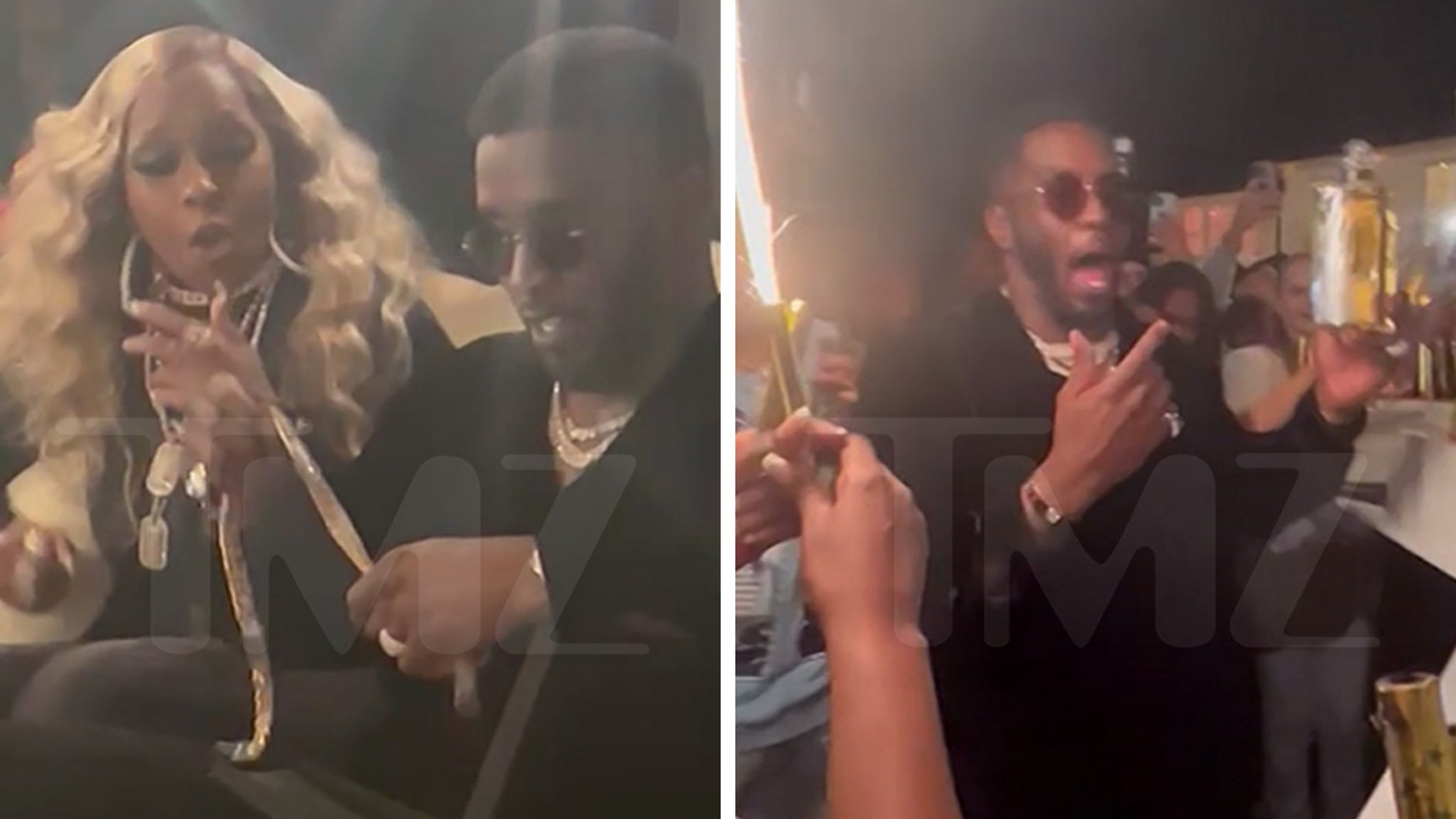 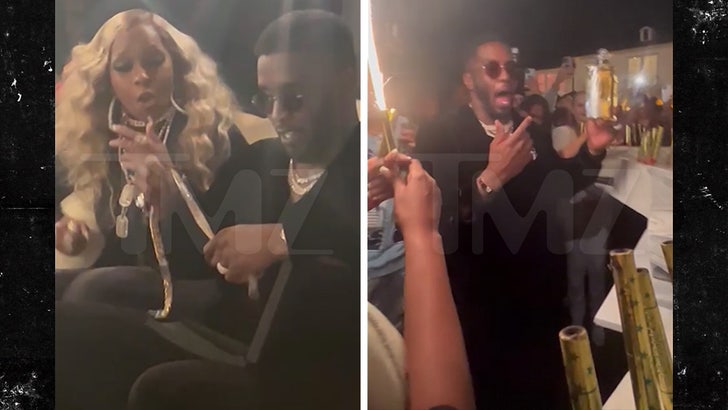 The legendary rap mogul threw his fancy B’Day bash at his L.A. mansion … and the stars came out mostly dressed to the nines to lap up all the fun. 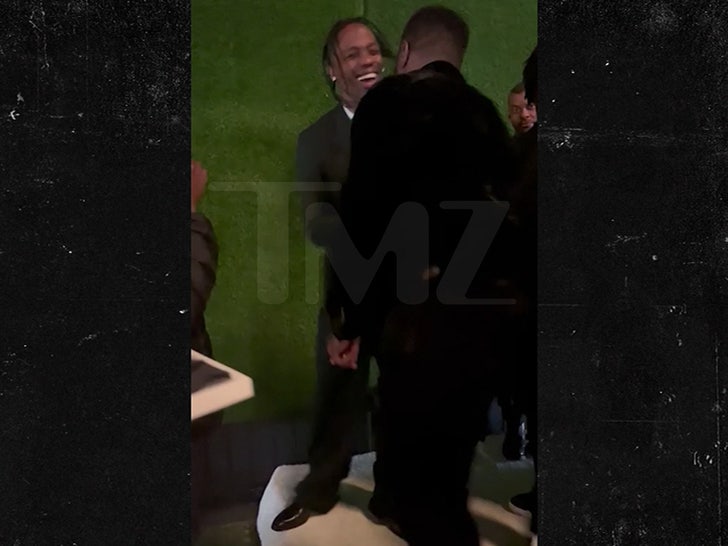 Travis Scott, in a sleek black suit, showed Diddy some love, hugging him as they chatted with excitement. The icons also pounded their fists against a table before everyone sang happy birthday to Diddy. 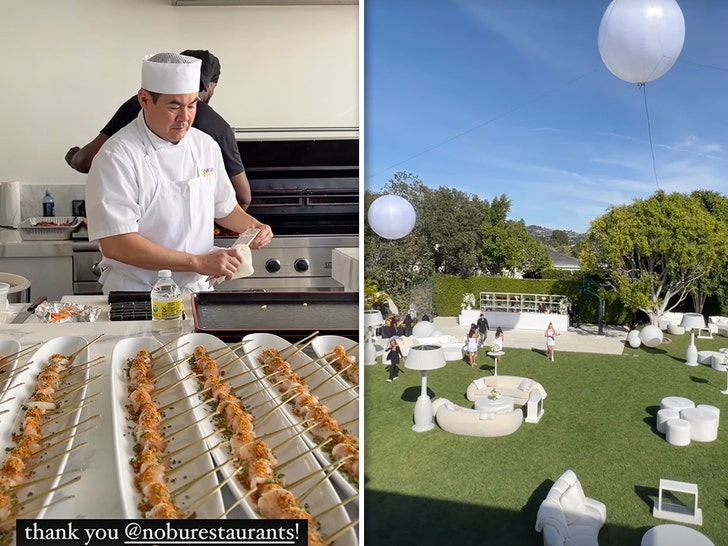 Jay-Z was also there, but he decided to go a little more casual in blue sweats with a matching blue hat. Jay toasted Diddy with Mary J. Blige, raising their shot glasses and downing the booze. 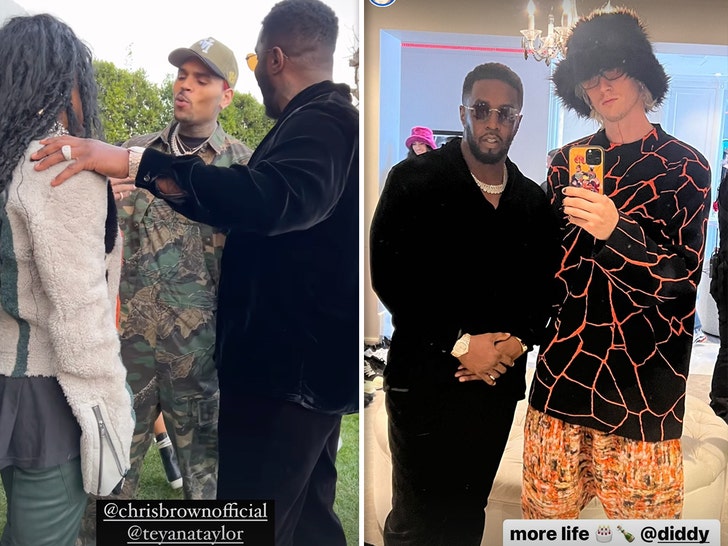 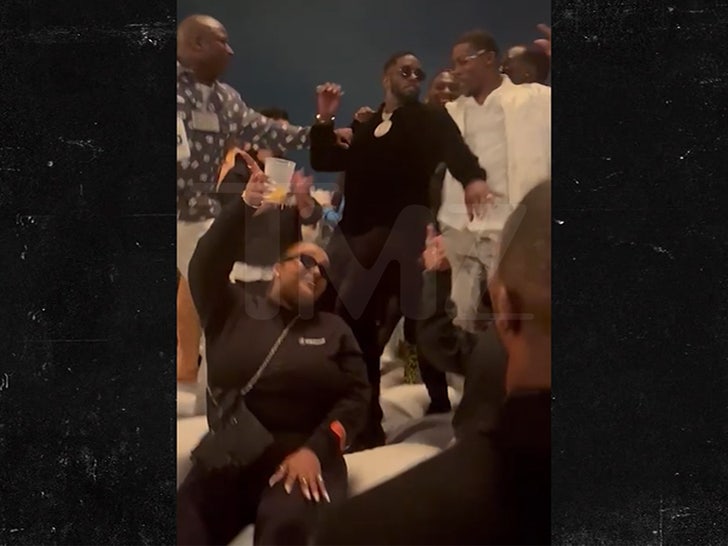 Of course, Diddy was on the receiving end of gifts and several cakes that spelled out the word, “Love.” To top things off, partygoers climbed onto a huge mattress in the backyard and danced their butts off … with Diddy!!

But we’re sure Diddy gave Elon a pass for missing his soiree … after all, Musk is dealing with lots of drama at his new social media company.