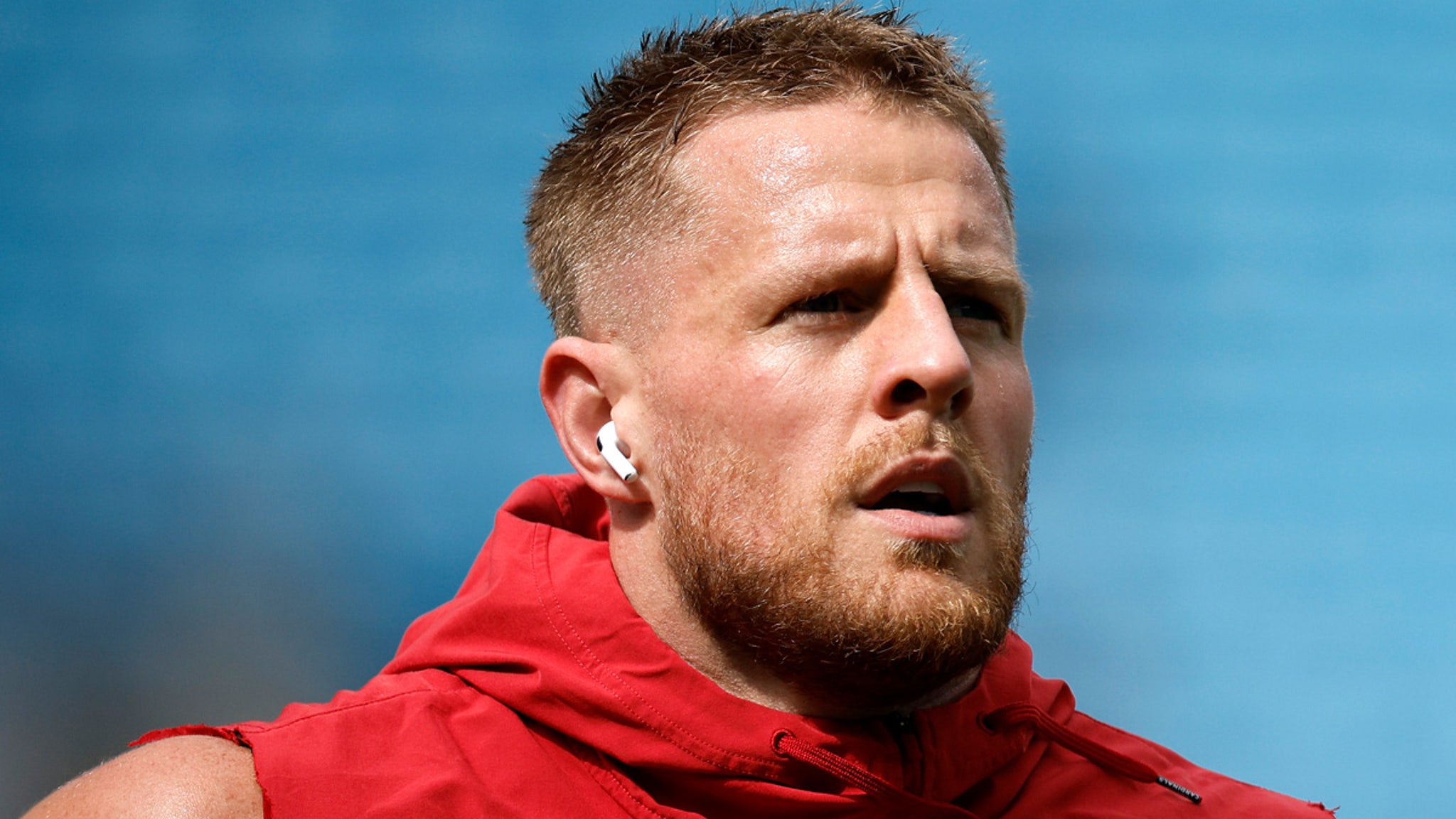 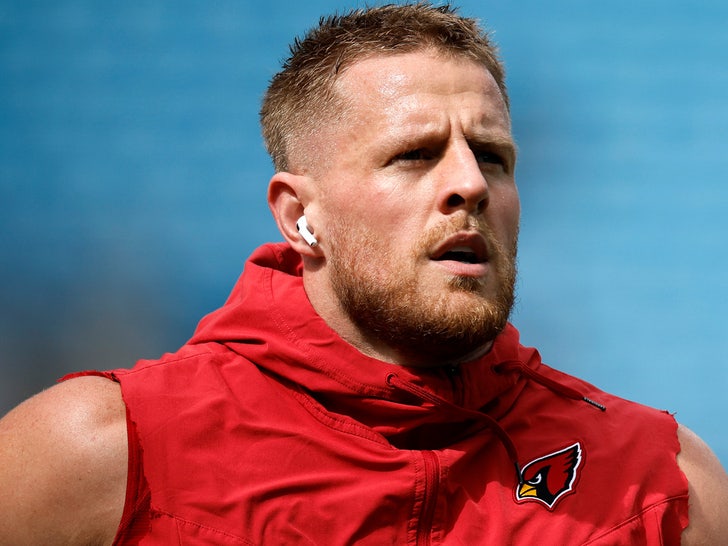 J.J. Watt continues to live up to his reputation as one of the most generous players in the NFL … this time he’s offered straight cash to a fan whose parlay was ruined after a controversial call during Sunday’s Cardinals game.

In the second quarter of Arizona’s win over the Rams at SoFi Stadium, Watt was in a position to score a touchdown after his teammate, Myjai Sanders, had forced a fumble.

Watt scooped up the loose pigskin, and seemed destined for the end zone.

But, refs ruled the play dead after initially believing it was an incomplete forward pass. And, while they ultimately reversed the call and got it right, Watt was not awarded a TD — something that screwed him over AND a fan who had actually bet that the play would happen!

The fan shared a screenshot of the parlay ticket to Watt, proving that if the Cards superstar had scored the defensive touchdown, he would’ve netted $1,000. 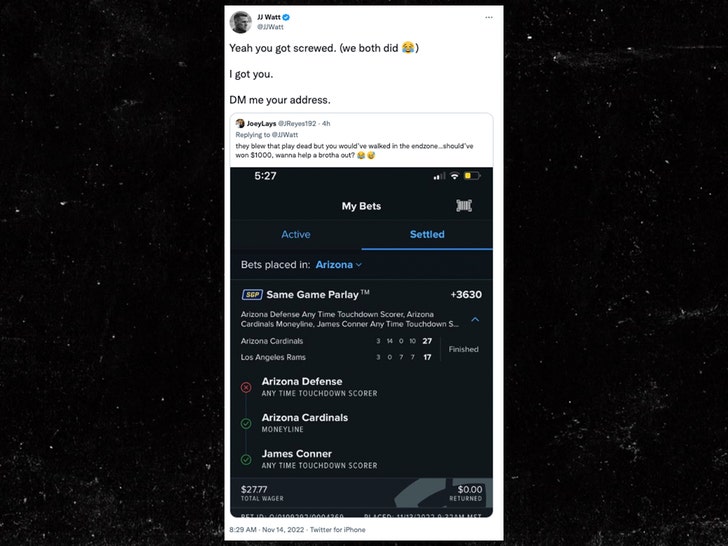 The 3-Time Defensive Player of the Year eventually got word of it — and said he’d take care of it for the guy.

A bad beat has never seen such a happy ending!