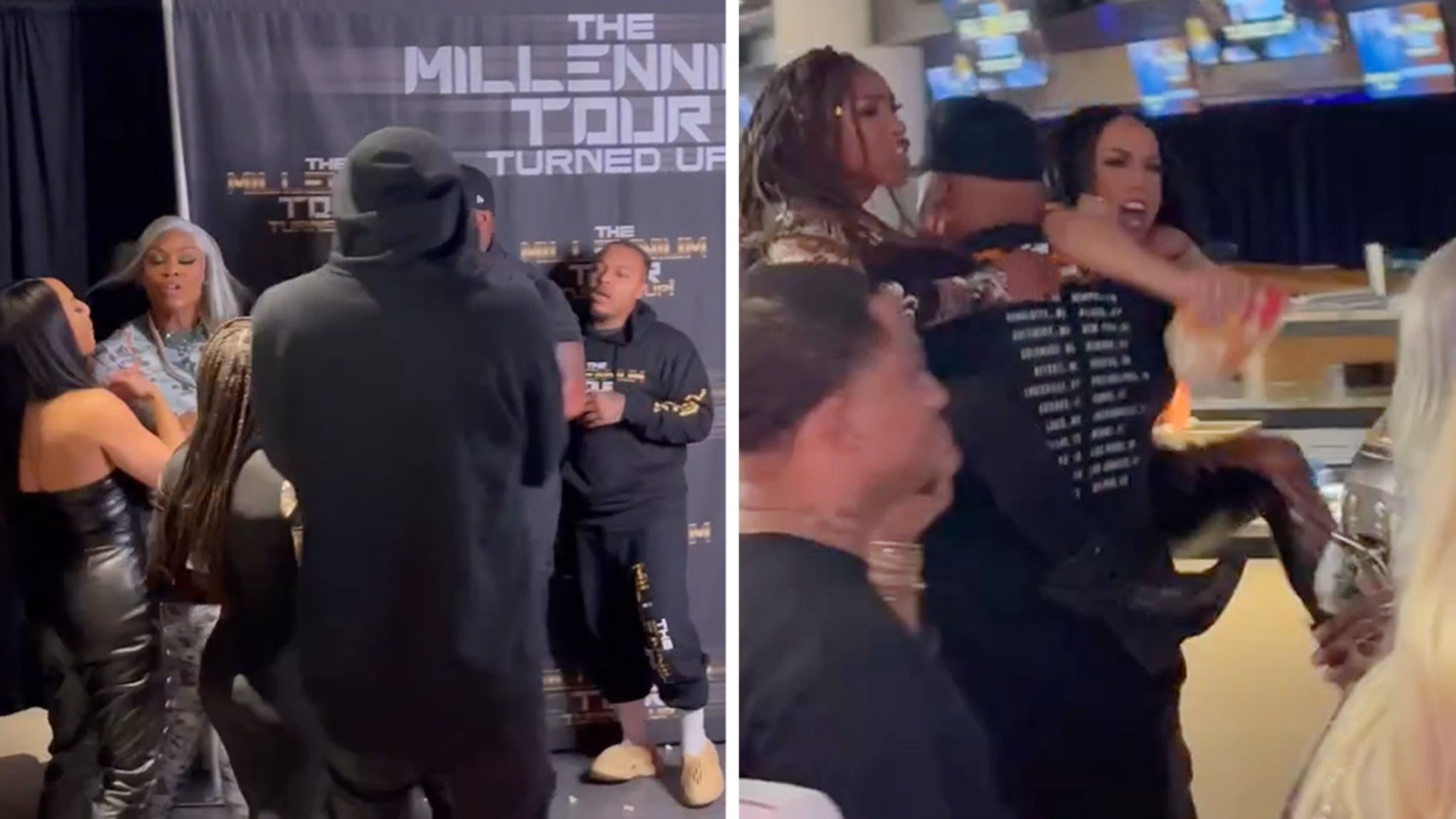 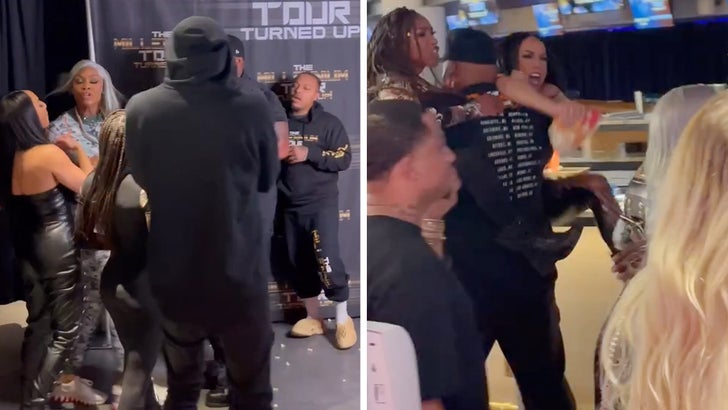 Bow Wow and AEW star Jade Cargill finally came face to face and things got so tense the pro wrestler had to be restrained while trying to go after the rapper … and it all happened on video!

It all went down on Sunday … Bow Wow was at the FTX Arena in Miami as a part of the Millennium Tour: Turned Up! — where he and Cargill had the heated exchange.

In the video, Cargill, flanked by fellow AEW wrestlers Red Velvet and Kiera Hogan, AKA “The Baddie Section” … were jawing back and forth with Bow Wow as security watched.

One of the women with Cargill threw popcorn at Bow Wow during the altercation, which prompted security to intervene before things escalated further. 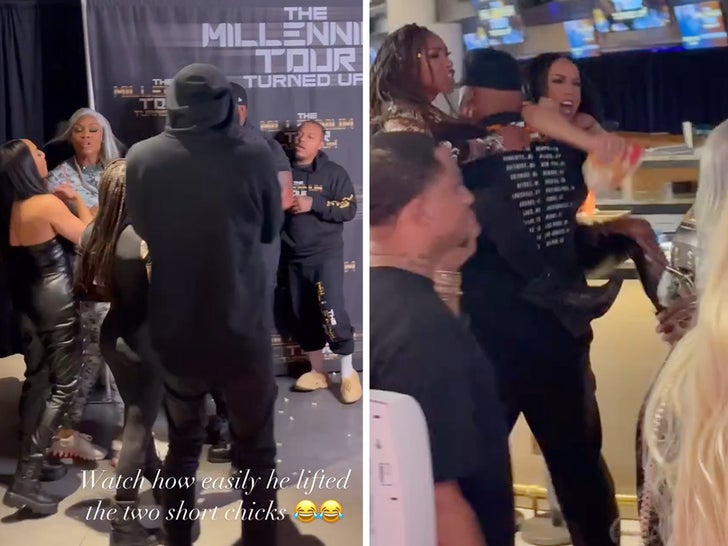 One guard picked up Velvet and Hogan, whisking them away — while the other guard restrained Jade from going after Bow Wow, who was taking steps toward the women.

The simmering beef started after Bow Wow shot his shot with Jade, despite her being married to former MLB star Brandon Phillips, in seemingly harmless fashion on Twitter. 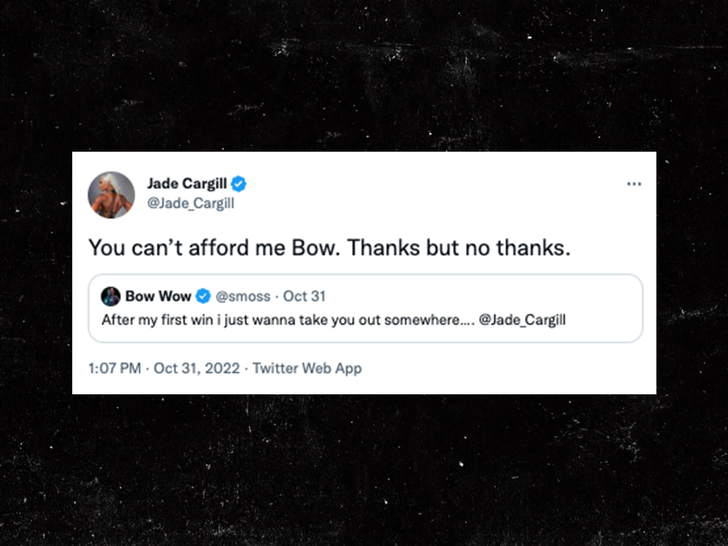 Jade rejected Bow Wow’s offer and told the rap legend he couldn’t afford her, which didn’t sit well with the “Let Me Hold You” artist.

The “Like Mike” Star has previously expressed a desire to get into wrestling … and it’s unclear if the feud between him and Cargill is a part of an AEW storyline.

Now i know this might sound crazy… BUT… after i drop my last album. I will focus on tv and film. And joining the @WWE its been a life long childhood dream to wrestle in the WWE!!!!

Nevertheless, the drama between the two doesn’t seem to be ending anytime soon.