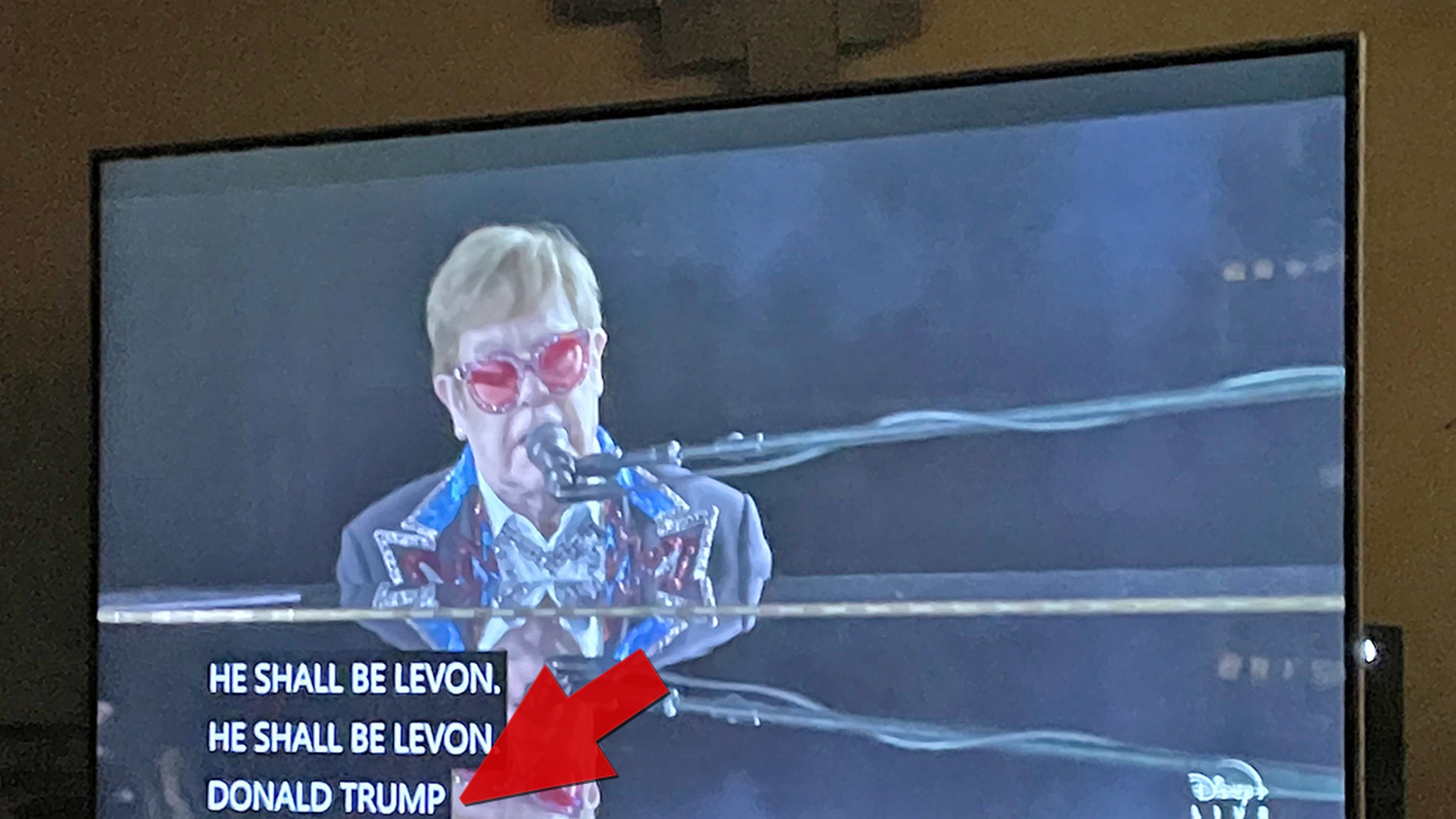 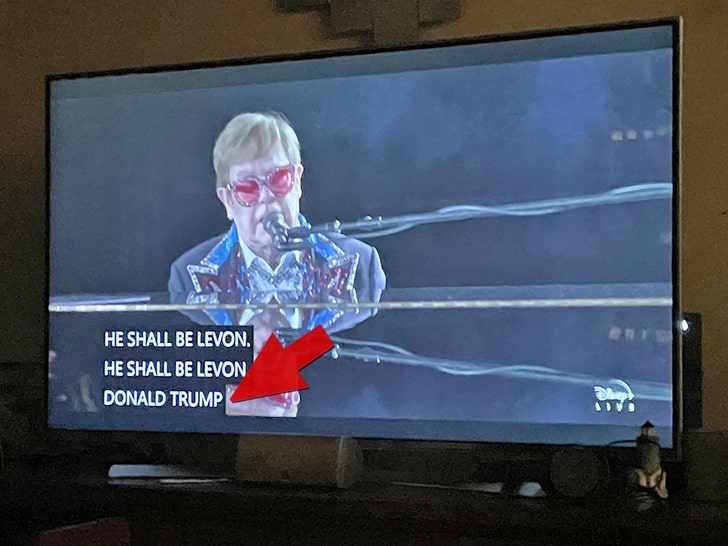 Disney+ customers tuning in to watch Elton John from the comfort of their couch got some unwanted politics mixed in with their music … all thanks to an apparent hack of the streaming service’s closed captioning feature. 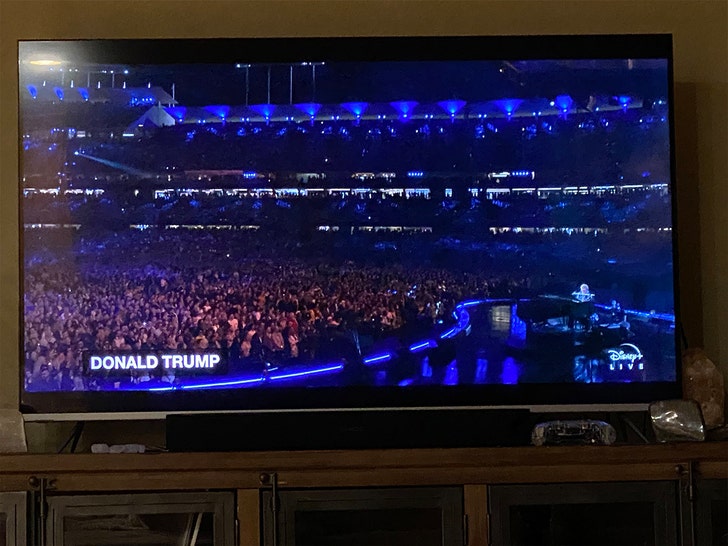 Viewers reported on several occasions the name “Donald Trump” mixed in with the captioned lyrics during Sunday night’s live broadcast. It appears to have happened during the songs “Levon” and “Candle in the Wind.” 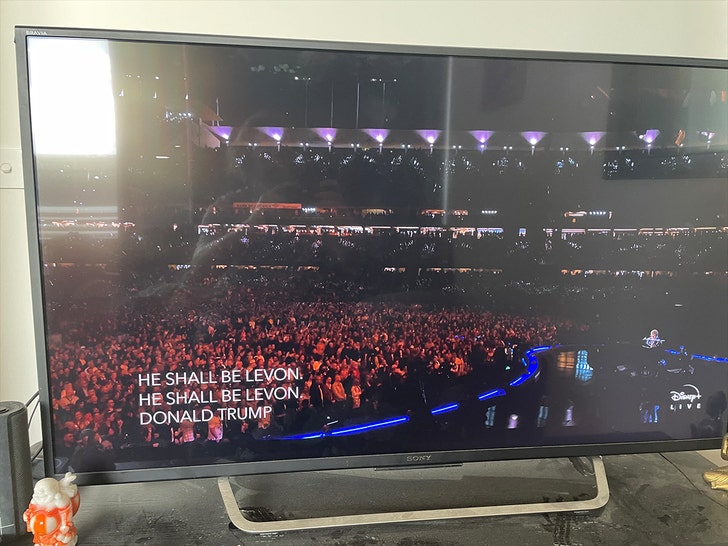 One Twitter user wrote, “Disney will be firing someone. They snuck Donald Trump into the closed captioning of the Elton John Live concert for about 30 seconds and then started to delete it.” Another said, “The caption on this Elton John concert said “Donald Trump” for like a full minute. 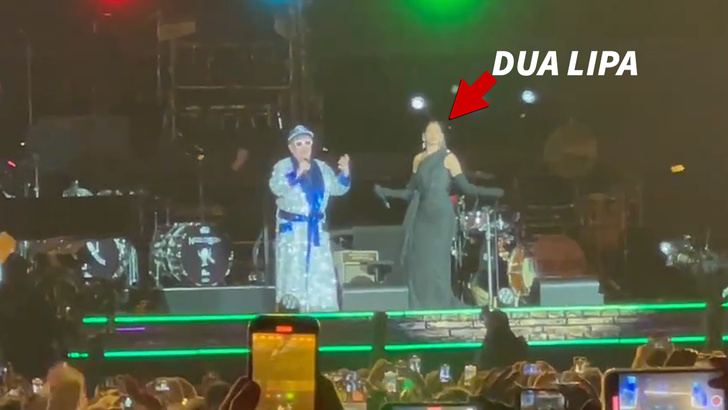 The show, from Dodgers Stadium, marked the last of the U.S. leg of Elton’s farewell tour, before he hits Europe and other parts of the world. Elton was also joined by Dua Lipa and Kiki Dee during the event.

We’ve reached out to Disney, but so far, the company has not offered up an explanation as to what happened.